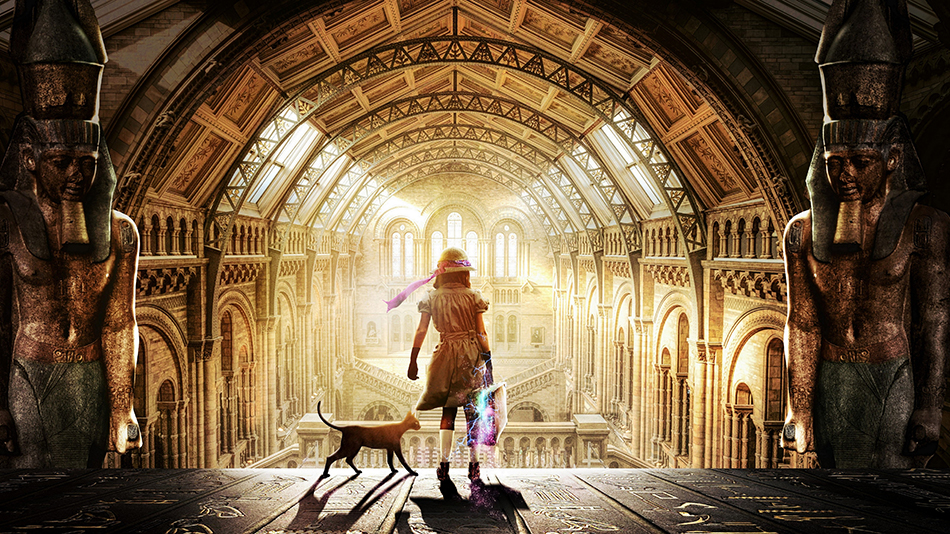 No budget is given for the 26-part half hour series. Its combination, however, of elements which make for high-end entertainment – period costume, action and foreseeable heavy VXF – suggest this is another big play by two of Europe’s champions of ambitious live-action kids shows.

One is Cottonwood Media, the kids and family production company at Paris and L.A -based Federation Entertainment whose credits include Studiocanal’s Cannes 2019 pre-sales movie hit “Around the World in 80 Days,” to be screened at Berlin.

The other, ZDF and ZDFE, has a storied recent history in live action kids shows. “Theodosia” will “continue our successful ZDF live action productions such as ‘H2O,’ ‘Mako Mermaids,’ ‘The Worst Witch’ and, of course, ‘Find Me in Paris,’” said Nicole Keeb, head of international co-productions and acquisitions, children and youth, ZDF.

Federation Kids & Family and ZDFE will handle global sales; HBO Max has U.S. pay TV/SVOD distribution.
Set in 1906 London, and based on acclaimed children’s fantasy novels published by New York Times best-selling author Robin L. LaFevers, “Theodosia” turns on a fearless and clever 14-year-old girl, Theodosia Throckmorton (aka Theo) who lives and breathes Egyptology – thanks to her archeologist mother and father who runs London’s Museum of Legends and Antiquities, where her family lives.

Her home has a downside, however. Accompanying her parents to the Valley of the Kings, Theo and younger brother Henry stumble upon a hidden tomb and mysterious artifact, the Eye of Horus – which unlocks in Theo the power to detect and transform ancient curses still carried by the ancient Egyptian artifacts which her parents transport back to London. Returning home, Theo must battle with ancient forces and dark magic and survive teenage life and school while saving the world.

“This is ‘Harry Potter’ or ‘Indiana Jones’ with a girl lead, which you don’t get very often in teen live action nor period drama,” said David Michel, president & co-founder of Cottonwood Media.

“Theodosia” turns on “the excitement of growing up and seeing a 14-year-old in action and adventure scenes that you wouldn’t imagine. It’s also a show about identity, about a girl who discovers who she really is and her powers,” he added.

The series is set to commence production in April 2021 in Paris and Brussels, which still retains 1906 period detail such as dark back alleys no longer found in London. It will be shot in a cinematic style by Matthias Hoene (“Cockneys vs Zombies,” “The Warriors Gate”) accompanied by other directors such as Alex Jacob (“Hollyoaks,” “Doctors”).
Executive producers on the series are Emmy award-winning Joe Williams (“Hank Zipzer’s Christmas Catastrophe,” “Young Dracula,” “Eve”), who also serves as head writer, and Cottonwood Media VP Leila Smith (“Find Me in Paris,” “Lockout”).

“It has everything a writer could wish for – magic, mystery and Mummies!” exclaimed Williams. The real forces of evil in the series, however, are not so much Ancient Egyptian but human, contemporary and come from the Western hemisphere.

Key cast includes British actor Eloise Little (“His Dark Materials,” “Father Brown”) as Theodosia, Nana Agyeman-Bediako (“Come Away,” “The State,” “The Huntsman: Winter’s War”) as Will, her close friend and a magician, and U.K.-Egyptian actor Yasmina El-Abd (“Daughters of Abdul-Rahman”) as Safiya, one of Theo’s closest allies.

“Theodosia” follows-up teen time-travel drama “Find Me in Paris,” which has now run to three seasons and was produced by Cottonwood Media and ZDF and ZDFE, Be-Films and the National Opera of Paris.

“After the successful cooperation during three seasons of ‘Find Me in Paris,’ it was only logical to realize the book adaptation of ‘Theodosia’ jointly with Cottonwood,” said Arne Lohmann, VP at ZDFE.junior, ZDFE.

In Brazil, the series – supported in curation and artistic development by Globo’s kids unit channels Gloob and Gloobinho – will bow on Globoplay, one of fastest-growing and most ambitious of Latin American SVOD services. It marks Globoplay’s first international children’s live-action co-production, noted Ana Carolina Lima, head of content at Globoplay.

AMC’s Acorn Media Enterprises and Irish pubcaster RTE have teamed up on “The South Westerlies,” an Irish-produced original comedy-drama featuring an ensemble cast led by Orla Brady (“Mistresses”). ZDF Enterprises and Norway’s TV2 are also on board the series, which has backing from Screen Ireland.

Dublin-based Deadpan Pictures is producing. It will bow on RTE in 2020. In the U.S. it will premiere on the Acorn TV streaming service, which recently surpassed the 1-million subscriber mark in North America.

Brady will play Kate, an environmental consultant for a Norwegian energy firm. Before landing a lucrative promotion, she has to go undercover among protesters and quash objections to a wind farm project near their small coastal town.

Filming is underway. The shoot will take place in multiple locations in Ireland and in Oslo, Norway. The six-parter was created by Catherine Maher, who wrote it alongside Hugh Travers, Hilary Reynolds and Michelle Duffy.

“It’s been great working together with Deadpan Pictures, Acorn, Screen Ireland and ZDF Enterprises to bring this new homegrown six-part drama from script to screen for our viewers on RTE One,” said Shane Murphy, RTE’s group head of drama and comedy.

Acorn Media Enterprises and its distributor, Acorn Media International, have the rights in North America, Australia, New Zealand and the U.K. and secondary rights in Ireland. ZDF Enterprises will distribute the series in the rest of the world.

ZDF Enterprises has bought into Nadcon, the German film and TV banner that coproduced Berlinale opener “The Kindness of Strangers” and was cofounded by Peter Nadermann, one of the pioneers of the Nordic Noir genre.

Nadcon was created in 2012 by Nadermann and German film and TV giant Constantin. ZDFE is the commercial arm of German pubcaster ZDF and said, Monday, that it has acquired Constantin’s stake in Nadcon. The deal gives it a 49% stake in the business.

Former ZDF and ZDFE executive Nadermann holds the remainder and stays on a managing director under the new setup. His extensive credits include genre-defining Scandi series “The Killing” and “The Bridge” as well as Stieg Larson’s “Millennium” trilogy. Cologne-based Nadcon’s recent work includes the buzzy Swedish-Danish series “Greyzone” and the highly-anticipated Lone Scherfig movie “The Kindness of Strangers.”

“I’m really looking forward to the renewed collaboration with ZDF Enterprises,” Nadermann said. “The modern world of media is an exciting challenge for producers, and we’re dying to implement our ideas and inspire audiences.”

“ZDF Enterprises and Peter Nadermann set the trend many years ago by being the first to invest in Scandinavian crime series and successfully distribute them around the globe,” added Fred Burcksen, president and CEO of ZDF Enterprises. “We are confident that we will be able to come up with new ideas and create trends within this new cooperation.”