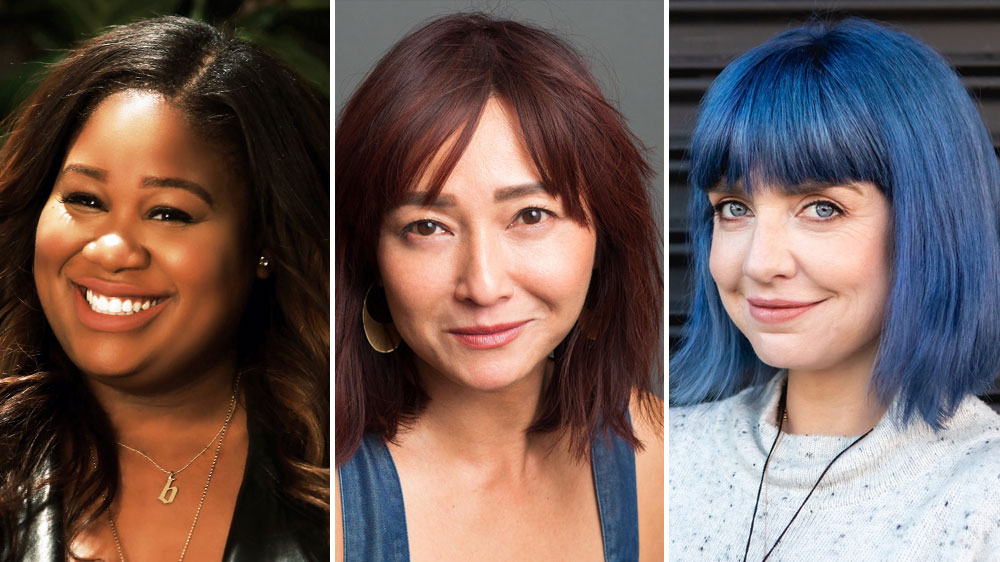 The past few months has been such a dynamic time for this industry that it was a challenge to keep up with all the executive moves for women on this year’s report. The ongoing coronavirus pandemic has accelerated change, disrupting business models and personal lives. Still, the women on Variety‘s Power of Women impact list have found ways to innovate, and many are hopeful for the future.

Among the women in music who are not just surviving, but thriving, in 2020 are executives from Interscope Geffen A&R, Capitol Music Group, Caroline, Universal Music Enterprises and Warner Chappell Music Publishing, as well as managers, agents, film music aficionados and tech innovators.

The women of Capitol Music Group

Davis arrived at Capitol Music Group shortly after Lil Baby signed there three years ago and worked on his double-platinum album, “My Turn,” as well as his powerful single “The Bigger Picture,” released after the killing of George Floyd, with proceeds partially benefitting Black Lives Matter. “He is a true storyteller,” she says of the artist. “He was speaking purely as a Black man of 25 — it was so emotional and raw and authentic.” As head of commercial marketing, James strives to build connections and create repeat listens. Beyond the reign of Lil Baby, who held the top album spot for five consecutive weeks, she’s pleased with the performances of singer-songwriter Clairo and Texas band Surfaces, two acts she’s been developing over the past year. During the second quarter, with lockdown measures in place, “paid subscription revenues grew significantly faster than they did in the first quarter,” James says of streaming services. “So that’s really encouraging.”

As U.S. head of A&R and marketing for the catalog division of the world’s largest music company, Gowen works with music’s top acts day in, day out. “In the past year there’s been projects from Bob Marley, Paul McCartney, the Rolling Stones, John Lennon and Cat Stevens, and U2 and Elton John are coming up,” she says. “I’m very lucky.” In the streaming age, the sky’s the limit for catalog sales: “Now, it’s really about finding the story around a catalog,” says the Los Angeles-based U.K. transplant, who started her career at Virgin Records in London. Listening hasn’t dipped with so many people stuck at home. “In fact, it’s thriving.”

Karpman won her first primetime Emmy for music in the documentary series “Why We Hate” in September and found ways to record orchestral film scores remotely during the pandemic, culminating in an operatic sequence for HBO’s “Lovecraft Country.” Next up: Marvel’s animated “What If?” series for Disney Plus. The co-founder of the Alliance for Women Film Composers is also the first female music governor in the Motion Picture Academy. “When you do advocacy work, you create a community of people that cares about each other. Whether it’s recording musicians, or promotion of women, we’re a family and we need to help each other,” she says.

With artists including Lady Gaga, DaBaby, Selena Gomez and Juice WRLD on its roster, Interscope Geffen A&M is a market-share leader this year. And Lee, promoted to CFO in 2019, is at the financial and operational helm of the Universal Music Group label. The daughter of immigrants from Taiwan, Lee credits her parents for their “tenacity and drive to create a life in a foreign country. It’s a reminder that I can overcome any task.” Lee has been an advocate for diversity and inclusion at IGA, determined to lead by example and to mentor up-and-coming executives.

Marshall and CEO Guy Moot have used the lockdown to reimagine what a publishing company can be. They’ve leaned into virtual songwriters’ camps, launched a royalties app and inked deals with Quincy Jones, Frank Ocean, Thomas Rhett, Mike WiLL Made-It, the Pop Smoke estate and Duran Duran. “Doing all this during a pandemic has been a bit like fixing a plane while it’s flying,” she says. “But we’ve successfully transitioned to become a fully remote company, and, for better or worse, all these Zoom calls have enabled us to deploy our new strategies all at once, rather than through a series of town halls. A lot of teams that were previously siloed are now really excited about bringing ideas to the whole company.”

A full slate of stars — including Justin Bieber, Ariana Grande, J Balvin and Demi Lovato — keep McDaniels busy at SB Projects. In May she helped orchestrate Bieber and Grande’s hit “Stuck With U,” which raised funds for the First Responders Children’s Foundation. “Our whole team just really came together and felt like we were doing something great and very special at that moment,” McDaniels says of the song. Her next focus: The presidential election, with the release of Lovato’s politically charged single “Commander in Chief” and the creation of March on Ballot Boxes, which has partnered with HeadCount and Black Voters Matter to increase registration and fight against voter suppression.

Ong oversaw the opening of the London-based company’s Los Angeles office and worked extensively on two major lockdown releases — Dua Lipa’s “Future Nostalgia,” considered a top Grammy contender, and Ellie Goulding’s “Brightest Blue Eyes” — as well as the forthcoming release of Lana Del Rey’s sixth album in eight years, “Chemtrails Over the Country Club.” “One skill I honed in doing international marketing is how to be a diplomat — how to get other people to do what you want them to do, and also how to spend their money for them wisely,” says Ong, a native of Malaysia who became president of TaP in 2018.

Silfen oversees MGM’s music operations across film and TV; notable developments include Billie Eilish’s theme song for the next Bond movie, “No Time to Die,” and gaining rights to iconic Aretha Franklin songs for “Respect.” A recent high point, she says, was “getting to watch Jennifer Hudson perform those songs on set, which was very special given the fact that Aretha had handpicked Jennifer to play her.”

The women of UTA

Paglierani, recently promoted to partner, orchestrated Post Malone’s livestreamed Nirvana tribute in April, which raised half a million dollars for COVID-19 relief, and with Wallace helped organize the Offset & Friends benefit, which provided more than 300,000 meals for an Atlanta food bank. “Everyone is more than ready to get back on the road, and I believe we will see an increase in the amount of people looking to attend live shows once it is safe to do so,” Paglierani says. Wallace also struck a partnership between Chance the Rapper and Verizon to raise money for small businesses, plus a pact between rapper 21 Savage and mobile banking provider Chime to create a financial literacy program for underserved youth. “Since COVID-19 struck in March, we have secured over 200 partnerships with emerging and established artists across all genres of music,” Wallace says. “And we have built an eight-figure business for UTA and our clients.”

The paint was barely dry on the walls of West Hollywood-based Facet House, the label and publishing venture Vinten launched with hitmaker Justin Tranter in 2018, when COVID-19 hit. But while Vinten, a mother of two, has been working from home since then, the new space has been put to good use: Facet is cobbling together the soundtrack for “Happiest Season,” the first LGBTQ holiday film from a major studio. “The past couple of months have been insane because producers have been working day and night to meet the deadline,” says Vinten. “I’m more optimistic than ever because I’ve realized the positive impact we can make. As a woman in this industry, that’s the kind of confidence I’ve needed to keep going.”

Lewis’ mission is to help artists run their businesses independently – and lucratively. In February, the financial platform, which allows music creators to track monetization streams, launched Scale, a $100 million advance fund that allows artists to set their own payback terms. Stem also includes an option to donate a percentage of their profits to charitable organizations. Says Lewis: “I just want the music business to behave in a more forward-thinking way.”