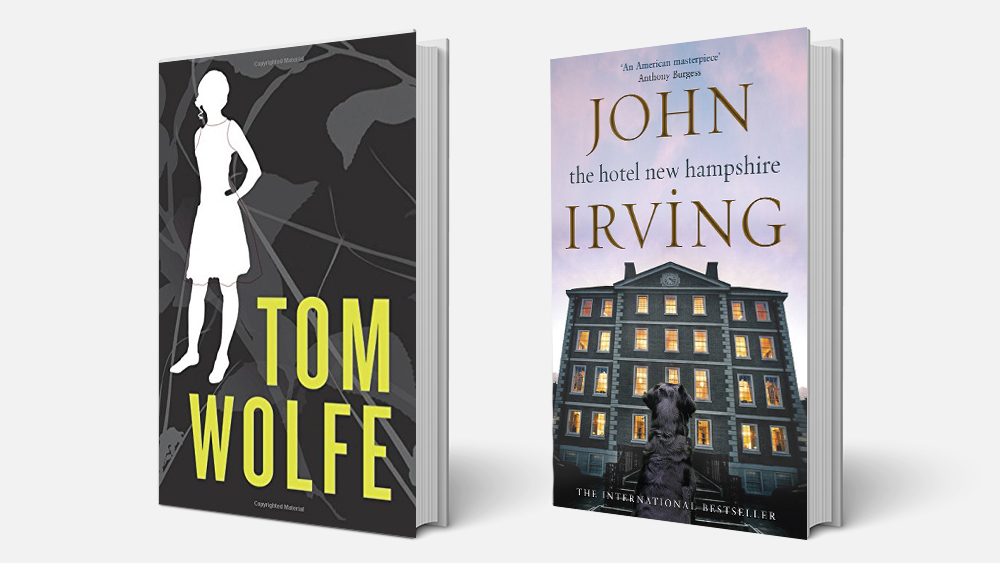 “Mosquito Coast” producer Veritas Entertainment Group is shopping TV adaptations of two high-profile novels — Tom Wolfe’s “I Am Charlotte Simmons” and John Irving’s “The Hotel New Hampshire” — among other projects in the works from the boutique outfit that specializes in adaptations of books and other existing IP.

“13 Reasons Why” writer Thomas Higgins is on board to adapt “Charlotte Simmons” with “13 Reasons” showrunner  Brian Yorkey and Paramount TV. “Better Call Saul” producer is attached to develop “New Hampshire” for TV with MGM Television.

Veritas is also preparing to take out a series package for the upcoming novel “The Subtle Art of Not Giving a F*ck” from author Mark Manson. Writer Aaron Zelman (“Damages,” “Resurrection”) is tackling that project which is set at Sony Pictures TV.

The trio focus on using their contacts and existing relationships with authors, publishers and Hollywood players to package and assemble new takes on existing IP. Veritas shepherded “The Mosquito Coast” series adaptation for Apple TV Plus that recently was renewed for a second season. And it is a producer of the upcoming Bob Dylan biopic “Going Electric,” which has Timothee Chalamet attached.

The Veritas partners have purposefully kept a low profile since the company was formed in 2014. Veritas was ahead of the curve in mining established properties for new iterations — sometimes departing significantly from the original source material. To wit, Apple TV’s “The Mosquito Coast” series is a prequel to the events in the Paul Theroux novel published that was 1981.

Veritas’ efforts have not gone unnoticed by industry insiders as the mania for reboots and revivals has skyrocketed amid heightened competition and the influx of production capital from streamers.

“We now have agents and talent representatives reaching out to us and saying ‘We have this type of thing. What would you do with it?,’ ” Jaysen told Variety. “These days, for intellectual property it’s all about finding the right marriage of producers and talent. People are coming to us because there’s a trust that we know how to handle this kind of material.”

Gasmer said the combined experience of the three partners gives them an advantage in dealmaking. “When we take on a project, we put our heart and soul into creating the best package possible,” he said. “Our relationships, collective experience and reputation are why people entrust us with their IP.”

Bookman, Gasmer and Jaysen own Veritas outright with no outside investors. The company is a lean operation that is funded by its existing cash flow and savvy transactions that give them access to material on the promise that they will work closely with the creative partners in the packaging and selling process.

“Creative drives everything,” he said. “Creative drives the decision on where that property will go, and authors and owners of IP will call us and trust us with their vision based on our track record.”

Published in 2004, “I Am Charlotte Simmons” details the story of a girl from rural North Carolina who struggles to adapt in the sex-crazed environment of an Ivy League college. Jaysen said the partners are zeroing in on a female director to helm the adaptation.

“Hotel New Hampshire” is one of Irving’s most well-known novels, revolves around an offbeat family that runs a hotel. The book famously takes a dark turn with a storyline involving incest between a brother and sister. Rob Lowe and Jodie Foster starred in the 1984 big screen adaptation directed by Tony Richardson.

The Veritas partners have a host of other irons in the fire, Jaysen assured. There is plenty of fertile IP ground to till even as content libraries and studios are being swallowed up by industry consolidation such as Amazon’s pending $8.5 billion acquisition of MGM, a deal driven entirely by Amazon’s interest in the IP in the Lion’s vault.

“There’s a ton of great intellectual property that is overlooked out there,” Jaysen said. “Everybody is always looking for the shiny new thing. We don’t always look for what’s shiny but what might be cleaned up a bit and repackaged.”