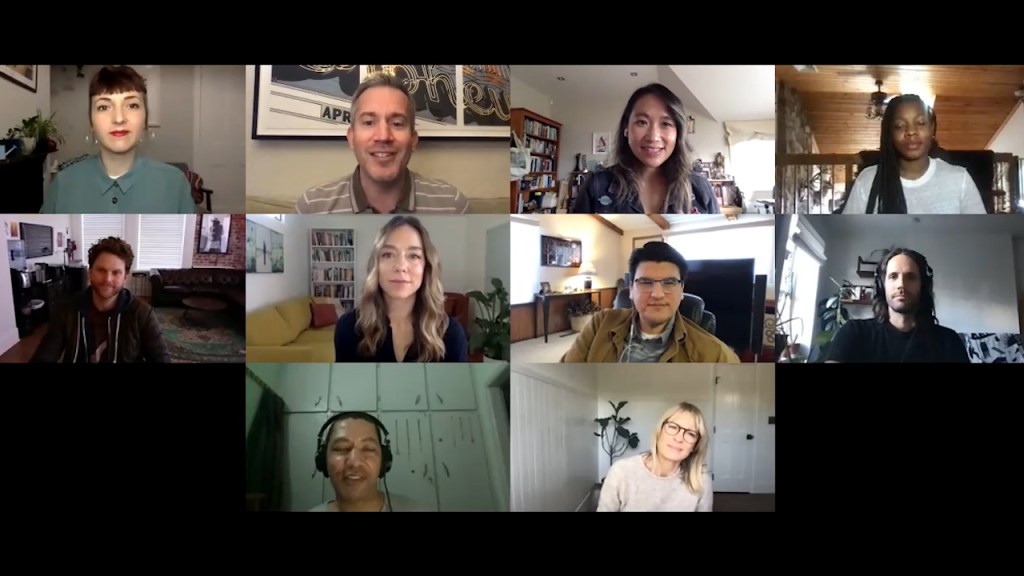 Usually held in person at the Palm Springs Film Festival, Variety’s 10 Directors to Watch and the Creative Impact Awards were hosted virtually this year.

Corbine, the Native American filmmaker from the Ojibwe tribe behind thriller “Wild Indian,” opened up about the personal aspects of his background that informed the movie, as well as his casting of Chaske Spencer.

“’Wild Indian’ is a very personal story in the sense that it takes place on a reservation like mine … I was writing a lot about my family and friends that come from this place,” Corbine said. “It was tough to kind of think of who could be that very personal role in my life within the Native actors who are out there, but I came across Chaske Spencer early on … and I just knew that that’s who it had to be.”

DaCosta, who is behind the hotly anticipated horror movie “Candyman” starring Yahya Abdul-Mateen II, spoke about the remake’s modern-day reincarnation: “Especially with having the blueprint of this first film with this villain who comes to be through a lynching, through mob violence, through racial violence it just informs the world you’re gonna operate in and how you’re going to tell the story … This one is a social thriller in the way that people attribute to Jordan [Peele].”

Staub, who helmed the Idris Elba-starring “Concrete Cowboy,” about modern-day Black cowboys in Philadelphia, said he relied on collaboration with his cast and crew to authentically depict the community.

“It was a really beautiful process to be able to say to that community I have a skill as a writer and a director, and how can we join alongside each other to tell your story and to manifest something that otherwise wouldn’t be able to be made unless we joined together?” Staub said.

Along with the director panel, the virtual event featured “Small Axe” filmmaker Steve McQueen and “Hillbilly Elegy” star Glenn Close being honored with the Variety Creative Impact Award in directing and acting, respectively.

“There was a labor of love as a passion,” McQueen told deputy awards and features editor Jenelle Riley about the creative process behind “Small Axe.” “And I don’t know, wanting to tell these stories because they were stories that hadn’t seen the light of day to a large audience. And in some ways, it was to correct history because these stories had not been told. And the reason why I chose it to be five individual stories was because there was so much to talk about.”

Regarding her role as Mamaw, which has garnered her Critics Choice, Golden Globe and SAG Award nominations, Close said it was important for her to be fully transformed into her character, who is based on author J.D. Vance’s late grandmother. “We had pictures, we had some footage of family videos and that’s where I started. And I told [director Ron Howard] that I wanted to change my face subtly because Mamaw is so different from me that I didn’t want to be distracted by my own face. I had to remove myself somehow.”