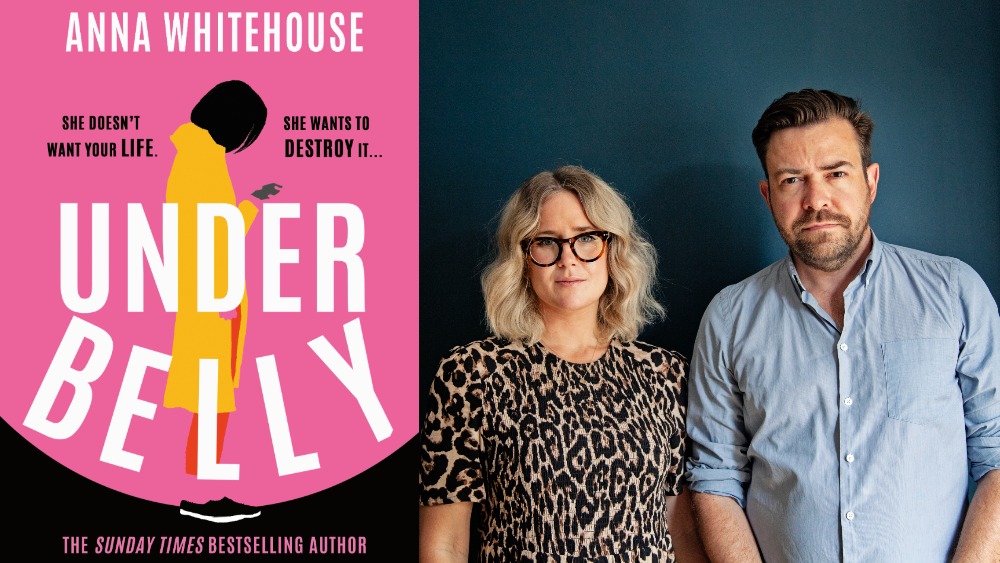 Released early in August, the book tells the story of two women, Lo and Dylan, who are living parallel lives while being worlds apart. Lo is a middle-class mother with perfectly polished Instagram posts, while Dylan holds down a zero-hours telemarketing job while trying to keep food on the table. When they meet at the school gates, they are catapulted into each other’s homes and lives — with devastating consequences.

The book deal was brokered for the authors by Luke Speed on behalf of Cathryn Summerhayes of the Curtis Brown Group and by Jamie Hall and Tim O’Shea for Pulse Films. Storylining has begun, with the novel being adapted for the screen by Farquharson and Whitehouse, who are married and write together under the latter’s name.

Whitehouse is the founder of Mother Pukka, a platform created to share the challenges of parenthood and family life. She and Farquharson have co-authored the bestselling non-fiction books “Parenting The Sh*t Out Of Life” and “Where’s My Happy Ending?” They also host the “Dirty Mother Pukka,” and Whitehouse has a weekly show on Heart radio. She also campaigns for the Flex Appeal movement, focused on flexible working for all.

“At a time when the world — online and offline — feels so fragmented, ‘Underbelly’ delves into the complexity of motherhood under the glare of a smartphone,” said Whitehouse. “We wanted to bring to life the daily conflict mothers navigate. Whether ‘stay at home’ (no parent stays at home) or ‘work away,’ it feels like we’re being pulled apart searching for something for ourselves and everything for our kids. Throw in social media and it’s a recipe for comparison, competitiveness and combustion.”

She continued: “It’s a pixelated world where cancelling a human online can delete them offline, too. But really, we wanted to strip all that back and see two women, Lo and Dylan, navigating the paradox of motherhood. The soaring highs (little hands slipping into yours) and the crushing lows (debilitating postnatal depression). We are delighted Pulse instantly picked up on the fact this isn’t another series about ‘working mums.’ It digs beneath the skin of motherhood and goes deep into the Underbelly of the Internet. It’s raw, visceral and darkly comedic. It’s parenthood in 2021.”

Farquharson added: “It is a pleasure to be working with such a talented and inspiring team with such a great track record. From the first page of the book, we had a clear idea of who Lo and Dylan were and it’s a privilege to have the chance to bring them to the screen.”

Thomas Benski, CEO of Pulse Films, said: “Anna and Matt’s work speaks to a new generation of women, as they approach topics with a devastating sense of humour, true authenticity and a warm heart. We are thrilled to be able to bring their outstanding fiction debut to the screen, as they continue to expand their repertoire of work. ‘Underbelly’ is a prime example of the perspective we wish to share, as we continue to amplify unique voices in storytelling.”

Nicola Larder, executive producer of drama at Pulse Films, added: “Anna and I connected on an emotional level immediately, as I slid into her DM’s! We are both ambitious women, juggling young children and trying our best to not drop the ball. This drama adaptation will explore the eviscerating detail of what parenthood gives you as a woman and also what it takes away. It also works on other levels, exploring a female friendship that simply wouldn’t exist were it not for their kids’ becoming friends. Beyond that it is about lives lived online: what happens when you put everything out there to monetize and then it all becomes too much when your dopamine-inducing followers don’t buy your narrative anymore?”