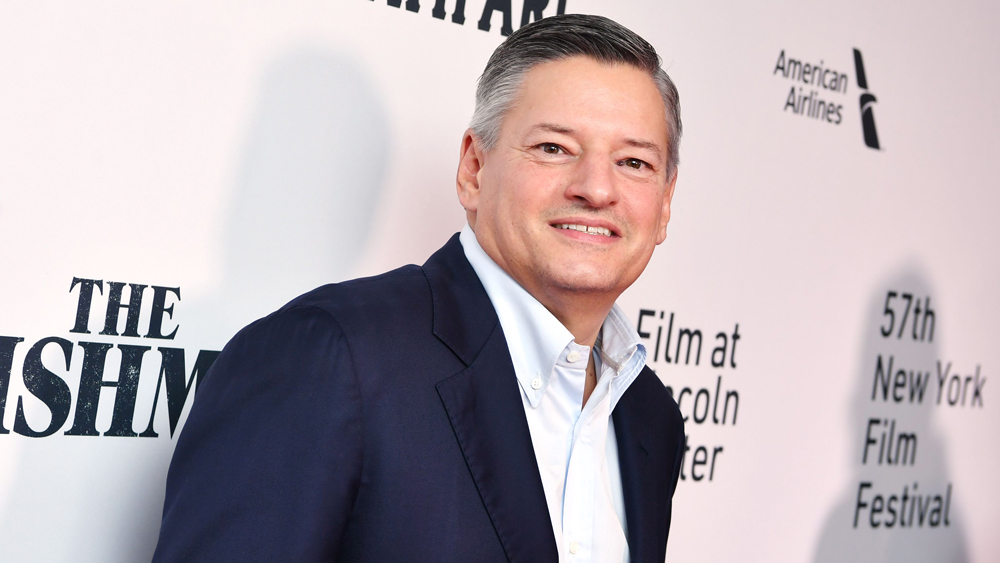 The president of the Hollywood Foreign Press Association wants to meet with Ted Sarandos after the Netflix co-CEO announced that the streamer will no longer work with the group behind the Golden Globes.

Sarandos informed the HFPA that he wasn’t satisfied with its plans to overhaul the organization following weeks of criticism for its lack of diversity among members.

“We have always valued our relationship with Netflix as we seek to bring news about motion pictures and television to the world. We hear your concerns about the changes our association needs to make and want to assure you that we are working diligently on all of them,” HFPA President Ali Sar wrote in a letter to Sarandos late Friday night.

Sar wrote he wished to “clarify some misinformation” with Sarandos. “We would love to meet with you and your team so we can review the very specific actions that are already in the works,” Sar wrote. “An open dialogue would help to ensure that we are addressing these concerns as quickly as possible.”

It was revealed on Friday that Sarandos sent a letter to the HFPA on Thursday after members voted to approve the board’s proposal to overhaul the group. “We don’t believe these proposed new policies — particularly around the size and speed of membership growth — will tackle the HFPA’s systemic diversity and inclusion challenges, or the lack of clear standards for how your members should operate,” Sarandos wrote. “So we’re stopping any activities with your organization until more meaningful changes are made. Netflix and many of the talent and creators we work with cannot ignore the HFPA’s collective failure to address these crucial issues with urgency and rigor.”

The HFPA’s plans have also been criticized by a collective of more than 100 publicity firms, Time’s Up and GLAAD. NBC, which broadcasts the Globes, and telecast producer Dick Clark Productions, praised the HFPA’s reform plans to bring greater diversity and transparency to the embattled group.

Read Sar’s letter to Sarandos below.

We have always valued our relationship with Netflix as we seek to bring news about motion pictures and television to the world. We hear your concerns about the changes our association needs to make and want to assure you that we are working diligently on all of them. We can assure you that our plan reflects input from our supporters and critics alike, and we truly believe that our plan will drive meaningful reform and inclusion within our Association and in a way that the entire industry can be proud of. We are proud that our plan was overwhelmingly approved by more than 90 percent of the membership—there is no question the membership is embracing this opportunity.

We would love to meet with you and your team so we can review the very specific actions that are already in the works. An open dialogue would help to ensure that we are addressing these concerns as quickly as possible.

Also, we wanted to take the opportunity below to address several issues that you raised and to clarify some misinformation.

Diversity and inclusion is at the core of our reform plan and is one of our foundational pillars. We have committed to bringing on a new DEI consultant immediately, as well as a Chief Diversity Officer, to ensure that these issues permanently remain at the heart of our organization. We also are committing to a significant DEI training program for our members and staff.

In our plan, we committed to, at a minimum, 50% growth in 18 months, not 36 months, and to reevaluating the size of our membership after the first 18 months as we grow our staff and can accommodate more members. We have also committed to expanding our professional staff.

Our plan includes the establishment of an independent review board to help guide the implementation of our reform plan.

Per our plan, our current members will have to comply with any and all new eligibility criteria just like our new members.

As our plan states, we are immediately evaluating our code of conduct and that revised code will address the press conference concerns you cite. The new code of conduct also will enhance our campaign protocols following strict ethical standards and best practices.

We also are committed to meeting with the personal publicists to understand and address their concerns about the scheduling and conduct of HFPA screenings and press conferences, and to ensure that these concerns are incorporated into our new code of conduct.

Netflix chief content officer Ted Sarandos says the global streaming giant is planning an aggressive push into the Indian market. It will involve increased production and may include a reduced subscription price.

“We have 10 original shows in production right now and six original films coming up for 2019 and more to come,” said Sarandos. He was speaking as part of a masterclass delivered at the Mumbai Film Festival.

Netflix’s investment in licensing of Indian content has more than doubled since the service launched in India. “It’s been a very aggressive push into India and a vote of confidence that we can do well here,” Sarandos said.

India is an extremely price sensitive market. Netflix subscriptions begin at $6.83 per month in India whereas Amazon Prime Video’s monthly rate is $1.76. Responding to a question from Variety about whether Netflix would consider reducing prices in India in order to increase its subscriber base, Sarandos said: “Part of the consumer science of Netflix is trying to figure out the right price value for every country. A lot of it really is about how much you have to watch. It’s not about the price sensitivity as much as the value sensitivity.” Sarandos said that the value for each customer is relative to how much of Netflix they watch. “We’re always trying to adjust the price to suit the market, and that’s true of all countries,” Sarandos said.

Netflix has some 5 million subscribers in India, compared to Amazon’s 11 million, according to Counterpoint Research. OTT market leader, 21st Century Fox’s Hotstar, has more than 75 million.