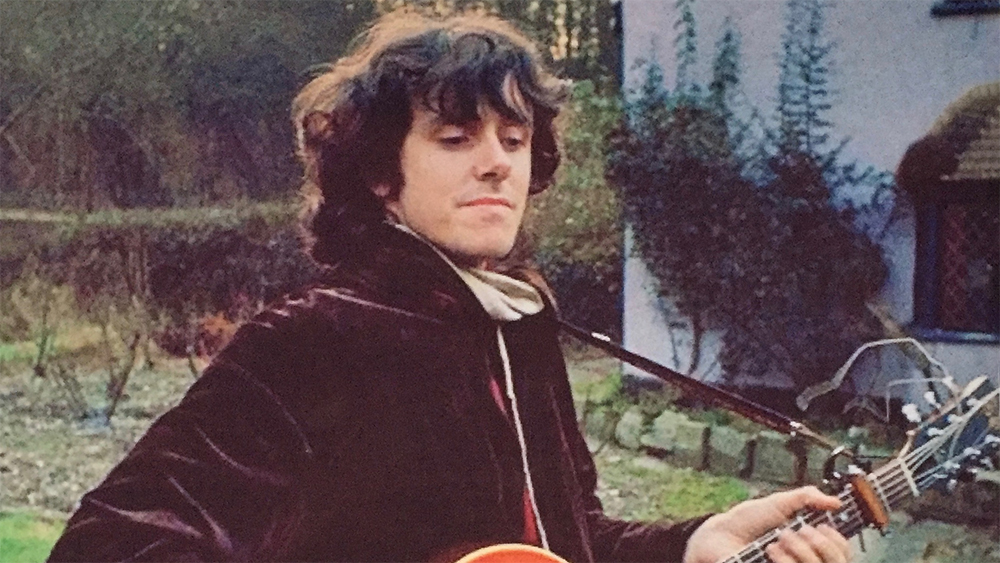 If there’s one pop music artist from the ’60s who fits the mood of the moment we’re in, it’s the gentle U.K. singer-songwriter Donovan. Best-known for a string of soft rock hits including “Mellow Yellow,” “Catch the Wind,” “Sunshine Superman” and “Jennifer Juniper” that first established him as “Britain’s answer to Bob Dylan” more than 50 years ago, the “teen troubadour” of 1965 turned 75 on May 10.

With his idealism, long-held respect for nature and spiritual values of universal brotherhood and the quest for peace and enlightenment all quite intact and more relevant than ever, Donovan, like the rest of the world, has been coping with the pandemic, eager to venture out again with his songs and good humor.

Never one to live in the past, except as a source of inspiration and wisdom, Donovan and his wife, Linda, are hard at work together on “Tales of Aluna.” It is a new animated series from Sydney-based Three’s a Company that Donovan says has its roots all the way back to the days when he first wrote about his muse and soulmate in “Legend of a Girl Child Linda.” He and his wife celebrated their 50th wedding anniversary last year. He recently talked to Variety about the project:

Joseph Campbell wrote about the vast change in writing that happened because of the 12th century troubadours. It changed from writing only about the distant female, the one beyond reach, the poems about divine love. There was a great change in the consciousness, which you heard played out in the songs of romance.

If you look inside the influences of astrology, which Linda and I read as character description, not fortune telling, you see that the character of Linda in her chart, and who I am in my chart, are closely related on many levels. Venus is involved in love and harmony and our charts are very linked for this job.

Happiness Runs in a Circular Motion

My library is double parked with books on mysticism and poetry. I’m always drawing from them, whether it’s John Michell’s “The View Over Atlantis” or reading ancient texts about Tír na nÓg [the Celtic Otherworld from Irish mythology]. And you always come back to the same myths and stories, about being human, the challenges you face as you try to survive and the questions, “Why are we here?” and “Where are we going?” The poet’s job is always to see the cycle that is going on here, to create something that we must honor and continue. To lead people to Atlantis, which is not the real ocean but the ocean of emotion inside us, the depth within us, the “Land of Eternal Youth.”

All I Have Wished for Will Be

“Aluna” is arriving after a long incubation period. Basically, it all began in 1969. Linda and I were appalled at the ignorance of world leaders at the time. We had young Julian (Linda’s child with Brian Jones, whom Donovan adopted) when I married Linda. The schools had at the time had no lessons, no warnings on the dangers of what we now call climate change. I was writing green songs, and no one was interested. It was difficult to accept, so Linda and I sat down, and a line came to us: “The hand that rocks the cradle rules the world.” That’s from William Ross Wallace in 1865. It rang a bell for us. As I said, the leaders of 1969 had no idea and my generation didn’t know, so we thought we must create something for the young, the very young.

There was a time when mothers told their children proverbs and taught them respect for nature. Storytelling is important in the early years, so we started writing “Aluna,” knowing that powerful stories and films can change the course of a life. That tale being told can often become an initiation, a change, a rite of passage. We began to create a set of gentle lessons, about green issues, in an adventure with some humor, with characters who have the names of my songs.

There’s a hidden tradition of power and storytelling, and what happens is that when the planet is in great trouble and there is great disaster on the horizon, fairytales and myths and legends have to come back.

Even in an industrial age and time of advanced technology, the myths must be preserved, so we can find something heroic in them.

At the same time we were developing this in the ’60s, I met with the Beatles at Apple. I was talking to Paul McCartney and George Harrison, and they told me there was a film producer trying to get the rights to “The Hobbit” for them. They were thinking about combining live action and animation. They were going to play the Hobbits and I was going to play one of the characters as well. Word came back that another film company already had the rights and the special effects at the time couldn’t handle it, so the project was aborted. It was also too early to do “Aluna.”

We did make an eight-minute film for our project [https://vimeo.com/494711194] on Pismo Beach in 1973 with animator Tony Benedict, who had worked at Hanna-Barbera and Disney and did beautifully gorgeous animation, but one thing was left to another, and the project went back on the bookshelf for a long while.

I Dare a Man to Say I’m Too Young

Fans ask me, “Will the ’60s return? Will a revolutionary decade happen again?” But you have to remember the circumstances that created the ’60s. We were coming out of two world wars and a depression. The Beatles grew up in bomb sites and so did I. And I did meet Burroughs and Ginsberg and Ferlinghetti and what those guys were doing was returning to poetry to popular culture.

And poetry is invisible, it’s the most powerful force. You can’t touch it, it’s just the sound of the voice and the music. And they figured that poetry would reach the public on the wings of jazz, so it would have to be improvisational, but they were wrong. The return of poetry would be through the folk roots. The folk revival, the blues and folk songs would carry the poem, not the jazz.

The blues came from slaves and also from the Irish who filled the coffin ships. In New Orleans, by the railroads and factories, the Gaels and the Africans came together and the blues mixed with the folk dances of Scotland and before long you had rockabilly and bluegrass. There was a fusion that was going on with the beatniks and books like “Howl,” but that was more just one book, because television arrived, and radio was powerful. Ginsberg wouldn’t be so famous if television wasn’t around.

Somebody Let the Cat in

A door was opened in the ’60s, a portal, and that door opened to freedom and new ways of living. People could suddenly see the most important experience was your inner life. People began to believe there is an inner world that was abandoned, left behind, so where do you now find it?

I would say, “Find your local beat café.” Where are they? Usually close to universities and colleges, where you find the books and the older bohemians are teaching. Learn to play guitar, go to the folk club. Imagine me going into a record store when I was 17 and on the other side of the aisle is Jimmy Page. And that night we go to Les Cousins folk club and there on stage is Bert Jansch.

But Linda says it can never be the same, that you can’t expect the young people today to find that folk club, that record store, because those were of their time. And she’s right. Young people know it and they’re finding ways to experience it themselves. Without any drugs, they’re using ASMR, just a set of sounds to relieve their depression and anxiety. I was reading that 13 million young people are already doing this.

Everything happens in nature for a reason. We are living through a terrible health crisis, a great disaster for everyone. For musicians, it’s also the disaster of losing their livelihoods. But this is also a period of reflection.

While we were working on “Aluna,” Greta Thunberg arrived. I thought, “She’s like ‘Aluna,’ a teen-aged girl standing up the way I stood up when I was a teenaged boy.” But Greta is more like Joan of Arc going out to take on the guys in armor. And then we saw Greta come to a dead end, where marching in the street wasn’t the answer.

That kind of protest is only temporary. The true protest is not a protest against anything, but understanding how ignorance is controlling us. This is the real story of ’60s and the new culture and music. You’ve got to find the next thing you disagree with strong enough that you can change it.