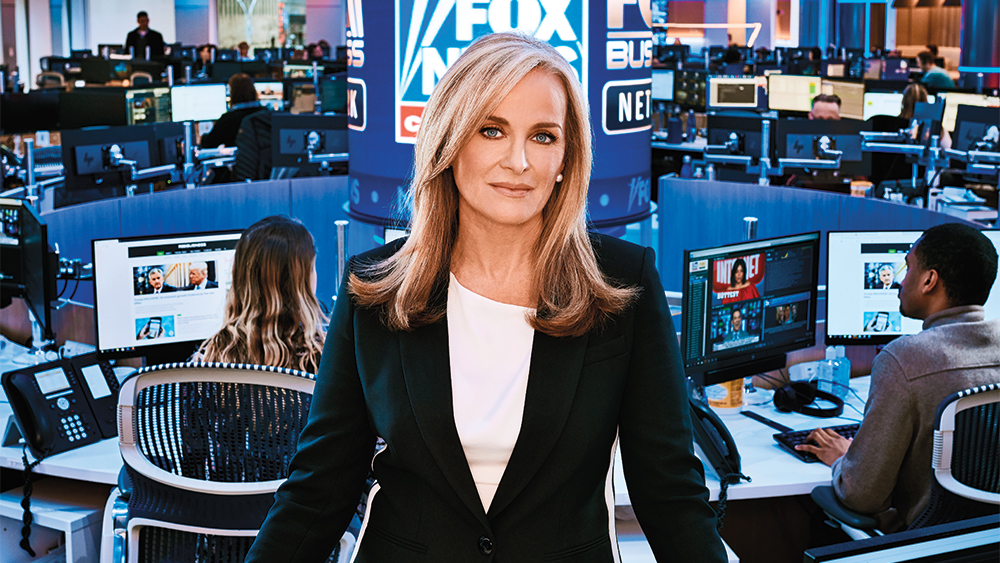 Fox News Channel has defied its many critics for a quarter century, surviving shocking internal scandals and weathering myriad controversies with its primetime hosts to become a profit-generating juggernaut for Rupert Murdoch. But there is no question that its traditional linear revenue base is shrinking, which is why Fox Corp. CEO Lachlan Murdoch and Fox News Media CEO Suzanne Scott are focused on expanding the outlet’s product mix well beyond its core news and opinion content.

As more consumers cut the cord on subscriptions to traditional cable and satellite services, TV’s best-known outlets are under pressure to reshape their business operations. Cornerstones of the pay TV universe like Disney’s ESPN and WarnerMedia’s TNT are projected to see subscriber losses of 16% to 17% between 2020 and 2022. So too is Fox News.

Total subscribers to Fox News Channel are estimated to fall to 63.1 million at the end of 2022, according to Kagan, a market-research unit of S&P Global Intelligence, compared with 78.6 million in 2020 — a tumble of 19.7%. At Fox Business Network, subscribers are projected to decline to 62.7 million in 2022, according to Kagan, compared with 76.1 million in 2020  — a drop of 17.6%. With those potential losses come projections of erosion in both the overall affiliate fees and advertising sales the networks are expected to generate in each of the next two years. Kagan changes its estimates regularly and has been known to revise or even reverse its outlook based on market conditions.

Any slip in subscriber levels is cause for concern in today’s media economy. At Fox Corp., Fox’s cable operations generate by far the lion’s share of its operating profit: $850 million in the company’s most recent quarter, compared with $135 million from Fox’s traditional broadcast TV businesses.

In the public eye, Fox News remains a conservative behemoth and a lightning rod for criticism of its coverage of the Trump administration. Yet while viewers at all ends of the political spectrum trade social media jabs about Fox News’ influence, the company has quietly been working to expand its product mix in an effort to shore up its future.

Under Scott, Fox News has worked to carve out ancillary businesses it hopes will draw new viewers while keeping current ones connected. Media giants like Discovery, WarnerMedia and ViacomCBS have over the past year unveiled subscription-based streaming platforms Discovery Plus, HBO Max and Paramount Plus. Fox News launched its own Fox Nation in the fall of 2018, and has since worked to augment it with political, true crime and entertainment programming. “We know there is an opportunity for us to expand beyond opinion and news on the service,” Jason Klarman, Fox Nation’s president,  told Variety earlier this year.

There is more: Fox News last summer debuted a streaming outlet for viewers overseas. More recently, it unveiled a books unit, and discussed plans to launch an ad-supported streaming weather service in tandem with Fox Corp.’s local stations. Investors “can’t look at Fox News any more as just a linear cable channel,” said Lachlan Murdoch during a call with investors last week. “The opportunities of Fox News to grow revenue beyond the impressive growth within cable is really through its powerful website, its podcasting, Fox Nation, new channels like Fox Weather.”

But there will still be an uphill climb to replace the gusher of affiliate revenue for a channel that a decade ago had more than 95 million subscribers. Affiliate fees have allowed Fox News to prosper. According to Kagan, Fox News Channel secured $1.62 billion from its distributors in 2020, compared with estimates of a little more than $1 billion for CNN and $326 million for MSNBC.

Moreover, live linear viewing on cable is falling across the set-top box, which is how the majority of Fox News’ audience tunes in. Total time viewed across all cable networks is off 23% so far in the second quarter of 2021, according to Michael Nathanson of MoffettNathanson Research. That includes older viewers, who tend to be strong viewers of news. “Even those 50-plus years old, the mainstays of linear TV, are having sharp reductions in linear TV time viewed so far in 2021,” Nathanson wrote in a note released this week.

Executives have been encouraged by sales under the company’s Fox Books imprint, where anchor Shannon Bream’s “The Women of the Bible” has sold more than 200,000 copies, as has a book by weekend host Pete Hegseth, “Modern Warriors: Real Stories From Real Heroes.” “We are deeply connected to our audience and proud to deliver more of the content they clearly desire across all of our key platforms,” said Fox News Media CEO Suzanne Scott in a statement when the company announced its publishing effort.

Fox also has plans to stretch into the literal atmosphere. Its weather service is slated to launch in the third quarter of 2021. Sharri Berg, a Fox veteran who also oversees news and operations for Fox Corp.’s TV stations, is supervising the venture. Among those who have been hired to run it are Tim Gaughan, a former vice president for CBS News who supervised newsgathering and affiliate services during his time there.

Fox News has been testing new ventures while its primary news rivals have been less vocal about their own efforts to build ancillary operations. CNN is widely expected to be preparing for a streaming future with a form of direct-to-consumer offering. In recent days, CNN announced the launch of a new subscription-based podcast featuring Don Lemon and Chris Cuomo available via Apple. MSNBC has a companion outlet, “The Choice,” on NBCU’s Peacock streaming hub. It features shows from hosts including Zerlina Maxwell and Medhi Hasan.

Determining whether the digital businesses have gained traction isn’t easy. Fox has not released subscriber numbers for Fox Nation or the international streaming effort, though it did say Fox Nation subscribers increased 40% in the last quarter, buoyed potentially by the addition of new Tucker Carlson programming to its lineup.

Overcoming old-fashioned, high-paying cable subscriber losses won’t be easy, notes Nathanson, the analyst, who suggests U.S. pay TV is set to continue to decline at a rate of 4% to 5% per year. Fox Corp., which is also investing in sports betting technology and recently purchased the sports-content company Outkick, “has several paths to unlock value,” he says. Like other media companies, Fox will need all of them in the years ahead.

Fox News Suggests Some Procedures Will Change Due to Coronavirus

The spread of coronavirus has been a hot topic among some of the opinion hosts on Fox News Channel and Fox Business Network. But their bosses behind the scenes have been grappling with it as well.

The top executives at Fox News Channel told employees Thursday to cut back on studio bookings and to expect possible programming changes as a result of precautions being taken against the spread of coronavirus, the latest media outlet to unveil new procedures as the disease complicates the logistics of newsgathering.

Executives want to “limit personal interaction, reduce the chance of exposure wherever possible and maintain the health and safety of those employees who are unable to telecommute,” Fox News CEO Suzanne Scott and Fox News President Jay Wallace told employees in a memo Thursday. And they suggested they may have to tweak the way content is presented.  “Programming changes will be enacted in the coming days on some of our platforms — our programming leadership team is working on this now and will communicate that accordingly,” the executives said in the memo.

Other TV-news operations have had to change the way they work in recent days. CBS News has sent employees out of its midtown Manhattan offices after at least two employees who work in the production facility tested positive for the virus. CNN has also had some employees telecommute. The Fox News executives said they have foun no employees who have been infected in New York or in any bureaus at the present moment.

Fox News has taken some criticism in recent days as some of its primetime hosts have railed against the way they feel liberal media outlets have portrayed the spread of the virus. Trish Regan, a Fox Business Network primetime host, sparked outrage on Twitter earlier this week when she presented a segment suggesting left-wing critics were playing up the danger of the virus as part of an impeachment scam aimed at President Trump. And yet, Tucker Carlson, one of Fox News’ most watched opinion hosts, said this week that the spread of coronavirus is “clearly a very serious problem” in a primetime segment that also got a lot of attention from online followers.

The Fox News executives urged employees in the memo to “keep in mind that viewers rely on us to stay informed during a crisis of this magnitude and we are providing an important public service to our audience by functioning as a resource for all Americans.”

Fox News told producers and bookers to rely more on remote interviews or interviews conducted via Skype; to cancel all in-person meetings; and to limit vendors for entering the building. Earlier this week, Fox News canceled the in-studio audience for its “Greg Gutfeld Show” on Saturday nights and said it would stop doing a live-audience show for “Fox & Friends” that had been taking place about once every month.