Military veterans who have transitioned to new forms of service in their civilian life were the focus of the second annual Variety and Voices Magnified “Salute to Service” special that aired Thursday on History in honor of Veterans Day.

The special featured vignettes of a range of people “who served in the military and then continued to serve their countries and communities,” as Roberts explained, from a quadruple amputee who now runs a retreat center for veterans in Maine to a former Navy Lt. Commander who is pursuing his dream of becoming a NASCAR driver.

Anna Rita Talerico is a retired U.S. Army Reserves major who helped build the American Medical Center in Kabul after her service in Afghanistan as an air medic and Air Force physician’s assistant. In August, when the final U.S. troop withdrawal led to chaos in the country, Talerico and others helped 137 people escape Afghanistan.

As the drawdown began, Talerico and other veterans heard from many of the Afghans they’d worked with at the clinic.

“It was on our minds night and day: What can we do,” Talerico said. Through a network of sources in the country, Talerico and others orchestrated Operation We Care from the U.S. “All we could do was pick up our bags and run toward the escort bus,” said one member of the 37 families who were transported out of harm’s way after Kabul fell to the Taliban.

Woodruff introduced the segment on retired Army Sgt. Travis Mills who launched the Travis Mills Foundation in Manchester, Maine to serve veterans who have been “recalibrated,” in the foundation’s terms, through their service by enduring severe injuries, amputations and paralysis. Mills was on the last of his three tours with the 82nd Airborne in Afghanistan in 2012 when he lost parts of both legs and both arms in a bomb blast that went off as he rested his backpack on the ground. 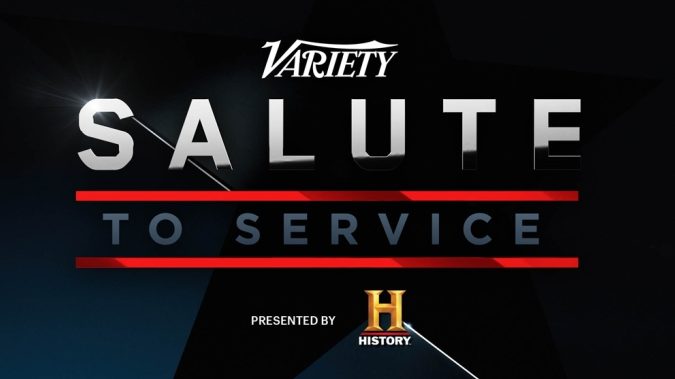 As a new father, Mills was worried as he was rushed into 14 hours of surgery that he’d never see his then-infant daughter Chloe grow up.

“The last thing I told the nurse was, ‘My little girl, am I ever going to see her again?,” Mills recalled. He spent many months in physical therapy at Walter Reed Army Medical Center and has regained incredible mobility, including the ability to drive a car with prosthetic legs.

The foundation now runs a retreat center that serves veterans dealing physical and emotional scars of military service. Mills is quick to point to Chloe and her younger brother Dax as a key source of his drive.

“My slogan is, Never give up, never quit,” Mills says.

Abdul-Jabbar paid tribute to Jesse Iwuji, a former Navy Lt. Commander now serving in the Navy reserves who conquered his doubts to make a run at becoming a NASCAR driver.

Iwuji knew intellectually that he was late to begin a racing career at the age of 27, and he knew that racing has not been an inclusive world for Black drivers. “All of that stuff was creeping into my mind,” Iwuji said. “I didn’t listen to it.” He was resolute.

“Don’t let those setbacks become the reason why you don’t have a phenomenal comeback,” he said. “It’s OK to have some failures. It’s OK to make some mistakes. As long as you’re grinding every single day you’ll make it to the end.”

Kelly Emlinger is a national Paralympic triathlon champion who competed in the 2020 Tokyo Paralympics and is in training for the Paris games in 2024. She served several tours with the 82nd Airborne in Afghanistan as a medic and combat nurse.

After retiring in 2018, she was diagnosed with the synovial sarcoma form of cancer in her leg and she ultimately made the hard decision to have her leg amputated. She’s always been a sports buff, and now she’s proud of her hard-won ability to compete at the highest levels.

“I am faster now than I was in high school,” she says after showing off her array of prosthetic legs. “That is awesome to me.”

The meeting of retired Air Force Col. Jeff Klosky and Eugene Gutierrez, a 100-year-old WWII veteran from Texas, is one of the most heart-tugging segments. Klosky treats Gutierrez to a brief flight in a vintage WWII plane as part of a veterans service project known as Dream Flights, which began as a project for veteran pilots in 2011.

“We made a decision to find every World War II veteran that we could, because there’s just not many of them left,” says Klosky, a 23-year veteran. “And this is just a very small way to bring them recognition for what they’ve done and to tell them, ‘Thank you.’ Dream Flight has flown more than 5,100 missions to date.

Gutierrez, who enlisted in the Army on Aug. 5, 1941, and turned 100 in September, was all smiles under his goggles as the two flew over the Veterans War Memorial of Texas in a vintage aircraft. Klosky lauds Gutierrez’s service in one of the Army’s first special forces units, known as the Black Devils. Gutierrez crosses himself as the plane lands. He tells Klosky that of all the war memorials he’s seen around the world, “this one here in McAllen is the greatest one.”

Other notable veteran-led initiatives featured in the special include Steve Rho, who was a service warfare officer in the Navy and was one of those to respond to the 2009 hijacking of the Maersk Alabama that inspired the 2013 Tom Hanks drama “Captain Phillips.” After initially struggling in his return to civilian life, Rho found a new calling as the entrepreneur behind Big Future Toys, which launched with support from the Comcast Rise program that aims to support businesses launched by women, people of color and veterans.

“It’s a big leap back to the civilian world. I definitely found it challenging,” Rho said. “Now I make toys.”

Alicia Hanf, an Army veteran, is the force behind Dear Mama, an investment platform and venture capital firm that aims to support veteran-led businesses. She knows well how hard it can be for some to forge a next chapter.

“When you’re in the military, a lot of your identity is wrapped up in our service,” Hanf said. “When you get out of the military you don’t put on that uniform anymore, so it feels like a lot of our identity, we’ve taken it off when we take off that uniform.”

President Bush introduces the History audience to Juan Carlos Hernandez, who lost a leg while serving as a door gunner in Afghanistan in 2009. Bush first met him in 2011 at a Warrior 100K cycling event hosted by the Bush Institute’s Team 43 veterans service organization that aims to help those who were injured on the front lines.

Hernandez was born in Mexico and came to the U.S. as a child with his parents. Years later, he became a U.S. citizen while serving in the military, taking his oath and citizenship exam at Bagram Air Base.

After high school in Texas, Hernandez saw military service as a better path for him than college. “I saw the U.S. Army as an opportunity to give back to this country for giving us the opportunity to be here,” he said.

Hernandez had always dreamed of taking up mountain biking. He lost most of his right leg to shrapnel when his helicopter was shot down by a rocket-propelled grenade fired by Taliban forces. But after what Bush described as “life-changing physical therapy,” Hernandez was able to hit the trails on his coveted bike. As he grew stronger, Hernandez decided to “pay it forward” by working with other wounded veterans, service and advocacy organizations.

Bush urged viewers to take proactive steps to demonstrate gratitude for the sacrifices and commitment to duty that come with military service.

“Americans can help by getting to know a veteran in your community, hiring a veteran or supporting veteran service organizations,” Bush says.