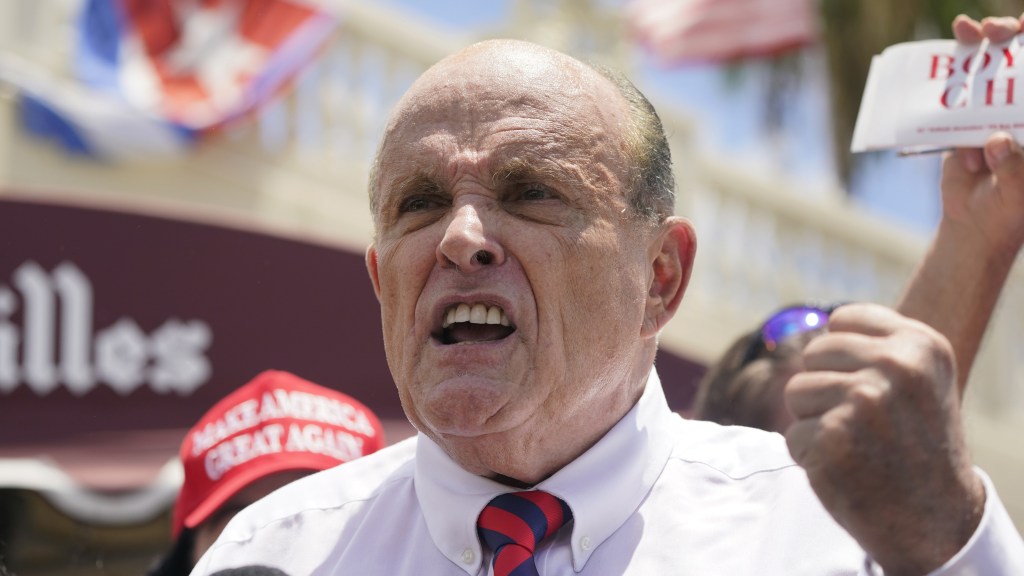 Rudy Giuliani, the former mayor of New York under and Donald Trump’s personal lawyer, evidently is in need of some cash.

Giuliani this week joined Cameo, which sells personalized video greetings from celebrities and other public figures, soliciting sales from fans for birthday greetings, “pep talks” or, really, anything he’s willing to say or do.

Giuliani’s asking price for a Cameo video is now $325 — hiking the fee from his original $199 price yesterday.

“Hi, it’s Rudy Giuliani and I’m on Cameo,” he says in his welcome video on the site. “If there’s an issue of concern you’d like to discuss, or a story you’d like to hear or share with me, or a greeting that I can bring to someone that would bring happiness to their day, I would be delighted to do it. It can be arranged. And we can do it through the magic of Cameo.”

As of this writing, Giuliani has 152 “fan club” members on Cameo. His bio on the site makes no mention of Trump; it reads, “Former Associate Attorney General of the United States, Mayor of New York City 1994-2001, and Host of the Rudy Giuliani Common Sense podcast.”

Giuliani is under investigation by federal prosecutors for potential crimes related to his efforts on behalf of Trump to dig up dirt from Ukrainian officials on Joe Biden and Hunter Biden. As Trump’s personal lawyer, he relentless promoted baseless claims of election fraud and filed numerous lawsuits, which helped inspire the Jan. 6 attack on the U.S. Capitol and led to Trump’s second impeachment.

Earlier this summer, a “Rudy Giuliani Legal Defense Fund” page was created on crowdfunding site Fundly, aiming to raised $5 million. It was shut down last month after reportedly raising $9,798.

Giuliani also appeared in Sacha Baron Cohen’s “Borat Subsequent Moviefilm,” in which, after a fake interview with Maria Bakalova (playing Borat’s daughter, Tutar), Giuliani accompanies Tutar into the bedroom of a hotel suite. He then asks for her phone number and address, then lies down on the bed and puts his hands down his pants. (Giuliani claimed he was just tucking in his shirt.)

Earlier this year, Cameo raised $100 million from investors including Amazon, Google and UTA, giving a valuation of more than $1 billion. In 2020, Cameo claims, it generated about $100 million in gross revenue (up 4.5 times from the year prior), with average order value increasing by about 25% to roughly $70.

(Pictured above: Rudy Giuliani speaks at a news conference in support for the people of Cuba on July 26, 2021, in the Little Havana neighborhood of Miami.)