‘The Sparks Brothers’ Raises the Question: Are We Allowed Not to Like Sparks? (Column) 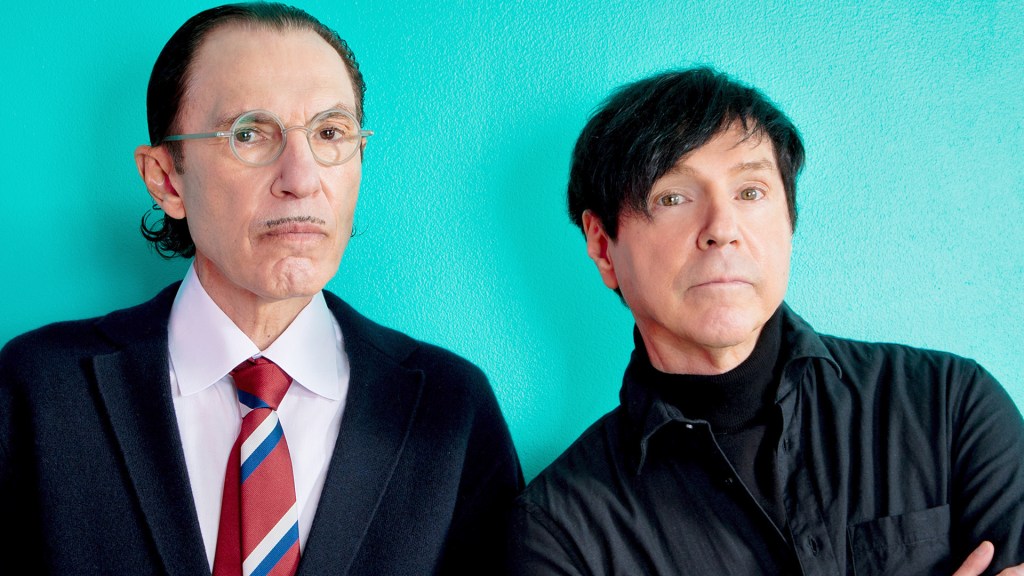 If you watch “The Sparks Brothers,” Edgar Wright’s ultimate cult rock documentary about the Greatest Band That Almost No One Has Heard Of, you may find yourself developing a distinct affection for Sparks, the cult duo in question, and liking almost everything about them except, perhaps, for one small insignificant thing.

You’ll like the fact that Sparks — who released their first record in 1971 — have put out 25 albums, consisting of some 345 songs, and that they did it all while remaining more or less under the radar. You’ll like the way that they started off with a glam-rock vibe, then had a computer-rock moment (their 1979 droid synthesizer album “No. 1 in Heaven,” produced by Giorgio Moroder, is like the “TRON” of pop), then went through a disco electronica phase, then an ’80s indie-rock phase, then many other phases.

You’ll like the fact that the band’s two members, Russell Mael and Ron Mael, are brothers who have an otherworldly sense of humor about themselves. You’ll like that back in their heyday (if you can say that a band almost no one has heard of had a heyday), Russell, the lead singer, was the pretty one, with a face that launched a thousand swoons framed by a Marc Bolan/Jim Morrison mop, and that Ron, the keyboard player, was a geek with slicked-back hair who wore a poker-faced scowl framed by a Hitler mustache, which seemed all the stranger because there was nothing particularly Hitlerian about him. (It was just…a look.) You’ll like the fact that everyone thought they were British (including the British), even though they were from L.A.

Sparks, whatever the era, followed their muse and went their own way, with an eccentric perseverance you can’t help but admire. In fact, by the time “The Sparks Brothers” is over, there’s only thing you may not actually like about Sparks, and that (forgive me) is their music.

Okay, there, I said it. I don’t like Sparks very much. The band may have had a dozen phases, but the Sparks sound tends to fall into one of two modes, neither of which, I confess, floats my boat. For most of the ’70s, their aesthetic consisted of sounding a lot like Queen — but a very specific dimension of Queen. Imagine “Bohemian Rhapsody” if it didn’t have the lovely “Mama, just killed a man…” piano-chords-and-Freddie Mercury cabaret ballad refrain, and if it didn’t have the head-banging catharsis of guitar metal bombast (“So you think you can stone me and spit in my eye-ee-eye!”). Imagine “Bohemian Rhapsody” if it were just the twee operatic mid-section; that’s kind of what Sparks used to sound like. Then they ushered themselves into the ’80s and came into their own during the age of drum-machine synth pop (and also the age of the music video, which allowed them to showcase their dreamboat-meets-geek high-camp image), which is why their songs, despite Russell’s tendency to pitch his voice into a stylized higher register, blended right into the wallpaper of ’80s Top 40 radio.

That said, the defining aspect of a Sparks song is never, exactly, what’s there. It’s what’s not there: the melodic surge that can take a song to the next level — the lift that, in the case of Sparks, almost never arrives. There are, I think, three exceptions to that, and they’re the three Sparks songs I seriously like. In the ’80s, I remember always hearing “Cool Places,” one of their rare hit singles, and getting jazzed by the new-wave catchiness of its let’s-take-this-town optimism, the same way I would at the time by songs like “Kids in America.” The fact that Jane Wiedlin, of the Go-Go’s, sings on it is not of minor consequence. At the time, she and Russell Mael were an item, and their duet lends the song a snappy romantic vibrance that other Sparks songs don’t have. There’s an ironic enchantment to their 1994 single “When Do I Get to Sing ‘My Way’,” even though it’s an unabashed Pet Shop Boys knockoff. And their 1979 dance-pop ditty “The Number One Song in Heaven” has an oscillating rapture.

Those, to me, are the Sparks highlights, and I celebrate them. But if you comb through the rest of the Sparks oeuvre looking for other songs like that, I would say: You won’t find them. There’s a reason why Sparks, after half a century, remained the pop music world’s best-kept secret. Their catalogue might be called “25 albums in search of a hook.”

I am not, of course, supposed to say any of this. It sounds petty, churlish, uncool. I humbly apologize for the fact that I can’t join in the celebration of Sparks’ quirky majesty. What I think is fascinating and borderline funny about “The Sparks Brothers” is that while it’s a sharply crafted piece of pop history (at least for an hour or so, before it slides into a this-album-came-out-then-this-album-came-out-then-this-album… devotional repetitiveness that weirdly mimics the Sparks aesthetic), the movie finally starts to play like the rock-doc version of a Christopher Guest film. All these people — Beck! Mike Myers! Patton Oswalt! Björk! Flea! Jason Schwartzman! Thurston Moore! Fred Armisen! — who are Sparks fanatics, lining up to testify to the band’s offbeat brilliance. And the unintentional comedy of a band that spends 50 years almost connecting, almost breaking into the big time, almost becoming a household name, except that some invisible force seems to stand in its way.

Sparks didn’t revel in their obscurity; they kept aiming for a hit. But let’s suppose that they‘d had that breakthrough monster, or enough of them, even, to become as famous as the Human League or Fine Young Cannibals or Pet Shop Boys. In that case, we might be watching a documentary about them, but it wouldn’t be a documentary like “The Sparks Brothers,” which spends two hours and 20 minutes tipping its hat to the sublime off-centeredness of its subject. It would just be another doc about a band that made songs catchy enough to connect. Yet the fact that Sparks’ songs didn’t connect — not really — is essential to their legend. “The Sparks Brothers” is the supreme testament of hipster music fetishism, where a band’s very lack of success becomes the defining yardstick of its too-cool-for-the-room cachet. It’s the same mentality you see among those who lionize the late indie-rock noodler Daniel Johnston as some sort of overlooked genius. The 2005 film about him, “The Devil and Daniel Johnston,” was also very well-made, but it had the temerity to seriously compare Johnston to Brian Wilson, as if the fact that both suffered from mental trauma somehow equalized them.

“The Sparks Brothers’” version of that arrives when someone recalls a huffy backstage encounter with Pet Shop Boys’ Neil Tennant, who dismisses a “naughty” comparison between his band and Sparks, the implication being that he wants to duck the fact that Pet Shop Boys lifted a dollop of their aesthetic from Sparks. The image of two deadpan dudes, one singing, the other silent at the keyboard; the idea of turning synthesizer anthems into brainy dance pop — there’s no denying that Sparks, in 1979, got there first. But even if that’s the case, Sparks never made a song one-tenth as gorgeous, or as memorable, as “West End Girls.” Not to mention the dozens of other Pet Shop Boys songs that are classics because…they are great songs. In “The Sparks Brothers,” pop greatness somehow consists of singing in a key that almost no one can hear. It’s the sound not of the band but of their fans’ rarefied applause: the sound of one hand clapping for itself.