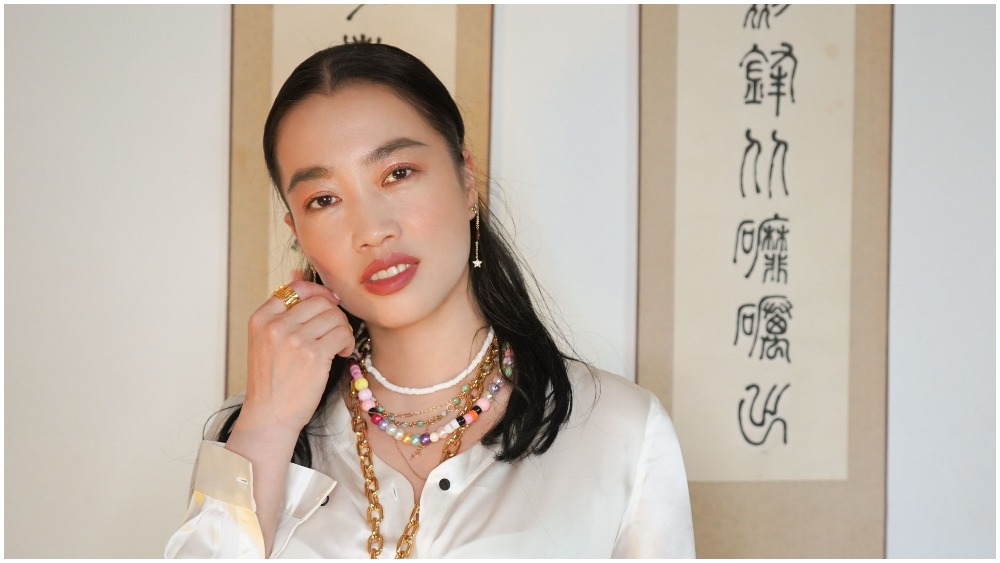 Chinese multi-hyphenate Yi Zhou has partnered with Los Angeles-based Buffalo 8 Productions on judicial inferno TV series “Kompromat,” based on the Giorgi Rtskhiladze memoir “Kompromat: My Story From Trump to Mueller and USSR to USA.”

The limited series, on which producer-director-writer Yi Zhou (pictured) will serve as executive producer via her Sun Entertainment banner, is expected to go into production later this year in the U.S., Italy and the country of Georgia. No director is yet attached. Buffalo 8 Productions is an indie film and media company partnered with BondIt Media Capital.

Rtskhiladze, who is a Georgian-American businessman, found himself under judicial scrutiny for his work trying to build a Trump Tower in the Georgian coastal city of Batumi. The deal fell apart, with Rtskhiladze and his partners planning to sue Trump. But that wasn’t what attracted Robert Mueller’s investigation, according to promotional materials.

“It was a text Rtskhiladze sent to Michael Cohen in October 2016 about ‘some tapes from Russia’ that would turn his life upside down, taking him before the House and Senate Intelligence Committees and into the Mueller Report itself. Misidentified by the report as a ‘Russian businessman,’ Rtskhiladze would watch his professional life crumble and his personal life pushed to breaking point through guilt by association, the promotional materials say.

Zhou, who was born in Shanghai, raised in Rome, and more recently relocated from China to L.A., is currently in Rome prepping her feature film debut “Stars and Scars” an English-language sci-fier centered on the memory phenomenon known as Highly Superior Autobiographical Memory (HSAM), for which she has recruited multiple Oscar-winning Italian production designer duo Dante Ferretti and Francesca Lo Schiavo and ace cinematographer Vittorio Storaro. The film’s cast is still being kept under wraps.

Zhou has gained prominence as a visual artist with installations and short films that have been shown at the Shanghai and Venice Biennale exhibitions and the Sundance and Cannes film festivals. Her surrealist short “My Heart Laid Bare,” which screened in Venice in 2009, was co-written with Charlotte Gainsbourg, who also starred. For her multimedia installations, she has collaborated with Ennio Morricone and Pharrell Williams.

“BuzzFeed’s description of specific statements to the Special Counsel’s Office, and characterization of documents and testimony obtained by this office, regarding Michael Cohen’s congressional testimony are not accurate,” said Peter Carr, Mueller’s spokesman.

It was unclear exactly what Mueller’s office was disputing, but BuzzFeed reported that the special counsel learned about Trump’s directive for Cohen to lie through “interviews with multiple witnesses from the Trump Organization and internal company emails, text messages and a cache of other documents.” It cited two federal law enforcement sources.

The BuzzFeed story, posted on Thursday evening, was quickly picked up by cable news outlets and, by Friday morning, by congressional Democrats who vowed to investigate further. Throughout the day, news channels queried legal experts and pundits about the potential fallout if the claims proved to be true, including a charge of obstruction of justice against Trump and the potential for Democrats to start impeachment proceedings.

BuzzFeed Editor in Chief Ben Smith wrote on Twitter that “we stand by our reporting and the sources who informed it, and we urge the Special Counsel to make clear what he’s disputing.”

Other outlets did not confirm the story on their own, and Ronan Farrow wrote, “I can’t speak to BuzzFeed’s sourcing, but for what’s it’s worth, I declined to run with parts of the narrative they conveyed based on a source central to the story repeatedly disputing the idea that Trump directly issued orders of that kind.”

He added, “Note that the general thrust of Cohen lying to Congress ‘in accordance with’ or ‘to support and advance’ Trump’s agenda (per Cohen’s legal memo) is not in dispute. The source disputed the further, more specific idea that Trump issued — and memorialized — repeated direct instructions.”

Trump seized on the statement from Mueller’s office, writing, “Remember it was Buzzfeed that released the totally discredited ‘Dossier,” paid for by Crooked Hillary Clinton and the Democrats (as opposition research), on which the entire Russian probe is based! A very sad day for journalism, but a great day for our Country!”

Later, he tweeted, “Fake News is truly the ENEMY OF THE PEOPLE!”

“This is a terrible situation and Attorney General Jeff Sessions should stop this Rigged Witch Hunt right now, before it continues to stain our country any further,” Trump tweeted on Wednesday morning. “Bob Mueller is totally conflicted, and his 17 Angry Democrats that are doing his dirty work are a disgrace to USA!”

..This is a terrible situation and Attorney General Jeff Sessions should stop this Rigged Witch Hunt right now, before it continues to stain our country any further. Bob Mueller is totally conflicted, and his 17 Angry Democrats that are doing his dirty work are a disgrace to USA!

Trump has been lashing out more frequently at Mueller, as he has characterized the special counsel’s work as biased against him. Mueller reportedly is examining whether Trump has attempted to obstruct justice at various points in the investigation into Russian interference, and that includes looking at Trump’s public statements and tweets.

Trump’s remark on Wednesday generated new attacks from Democrats that he is attempting to obstruct justice.

Rep. Adam Schiff (D-Calif.), the top Democrat on the House Intelligence Committee, said in his own tweet that “this is an attempt to obstruct justice hiding in plain sight. America must never accept it.”

Trump has insisted that there was no collusion between his campaign and Russian sources, but on Tuesday he also raised a different argument: That collusion itself is not a crime.

“Collusion is not a crime, but that doesn’t matter because there was No Collusion (except by Crooked Hillary and the Democrats)!” he wrote.