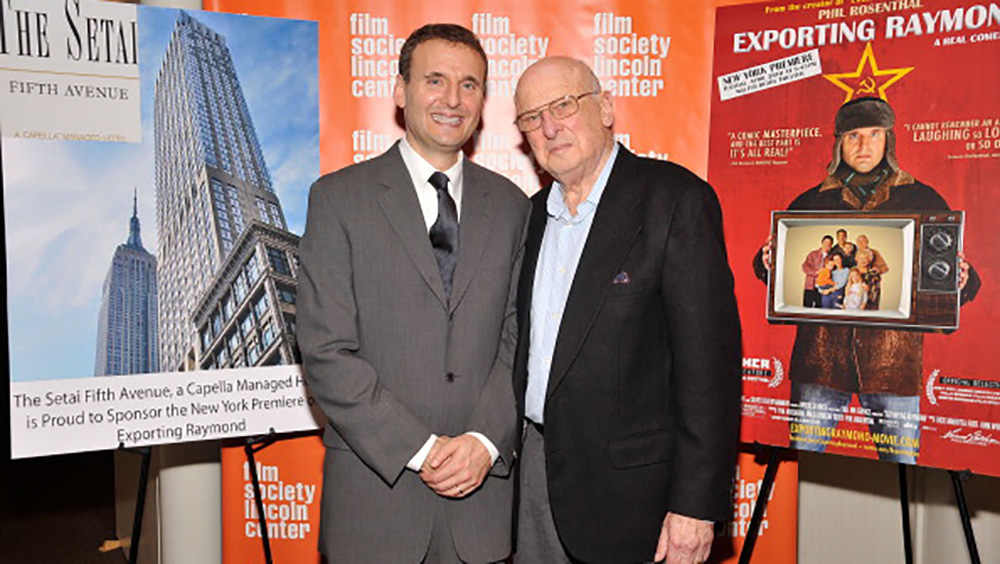 Max Rosenthal, a Holocaust survivor and father of “Everybody Loves Raymond” creator Phil Rosenthal who became a character in many of his son’s TV projects, died June 26 at the age of 95, his son confirmed.

Max Rosenthal was known for his appearances on his son’s food-focused unscripted series, “I’ll Have What Phil’s Having” for PBS and “Somebody Feed Phil” for Netflix. He had a recurring role on “Raymond” during its 1996-2005 run on CBS as Max, a lodge buddy of Peter Boyle’s Frank Barone.

“As heartbroken as we are, we are so grateful that he was our dad, our grandpa, our friend, our favorite and funniest TV star and the role model for how to live 95 years while being the sweet, gentle, kind, compassionate and really, really funny,” Phil Rosenthal wrote Sunday on Instagram. He called him “the biggest influence in my life.”

Max Rosenthal’s wife of more than 60 years and mother of Phil, Helen Rosenthal, died in 2019 at the age of 86.

According to a July 2018 report from New York Jewish Week, Max Rosenthal was a German immigrant who escaped Berlin just after the November 1938 Kristallnacht massacre that signaled an escalation of the Nazi genocide campaign against Jews. Helen Rosenthal and her family were held in a concentration camp in France before relocating to Cuba and later the U.S.

Max and Helen Rosenthal were key inspirations for the parental figures played by Boyle and Doris Roberts in “Raymond,” the enduring domestic comedy that was a cornerstone of CBS’ primetime revitalization in the late 1990s.

From his varied TV appearances, Max Rosenthal was known for his wry sense of humor, his natural frugality, warmth and curiosity. In January 2015, when Phil Rosenthal traveled to Miami to interview Norman Lear for an industry conference, Max and Helen accompanied him. Max was spotted during the day attending conference sessions with a yellow legal pad in hand, taking notes and cheering his son on from the sidelines during his Q&A with the famed producer and philanthropist.

In addition to his son, Max Rosenthal’s survivors include daughter-in-law Monica Horan, an actor and also a “Raymond” regular; a granddaughter, Lily; and grandson, Ben; as well as son Richard (who produces “Somebody Feed Phil”) and his wife, Karen and their children (Max’s grandchildren) Jack and Tess.