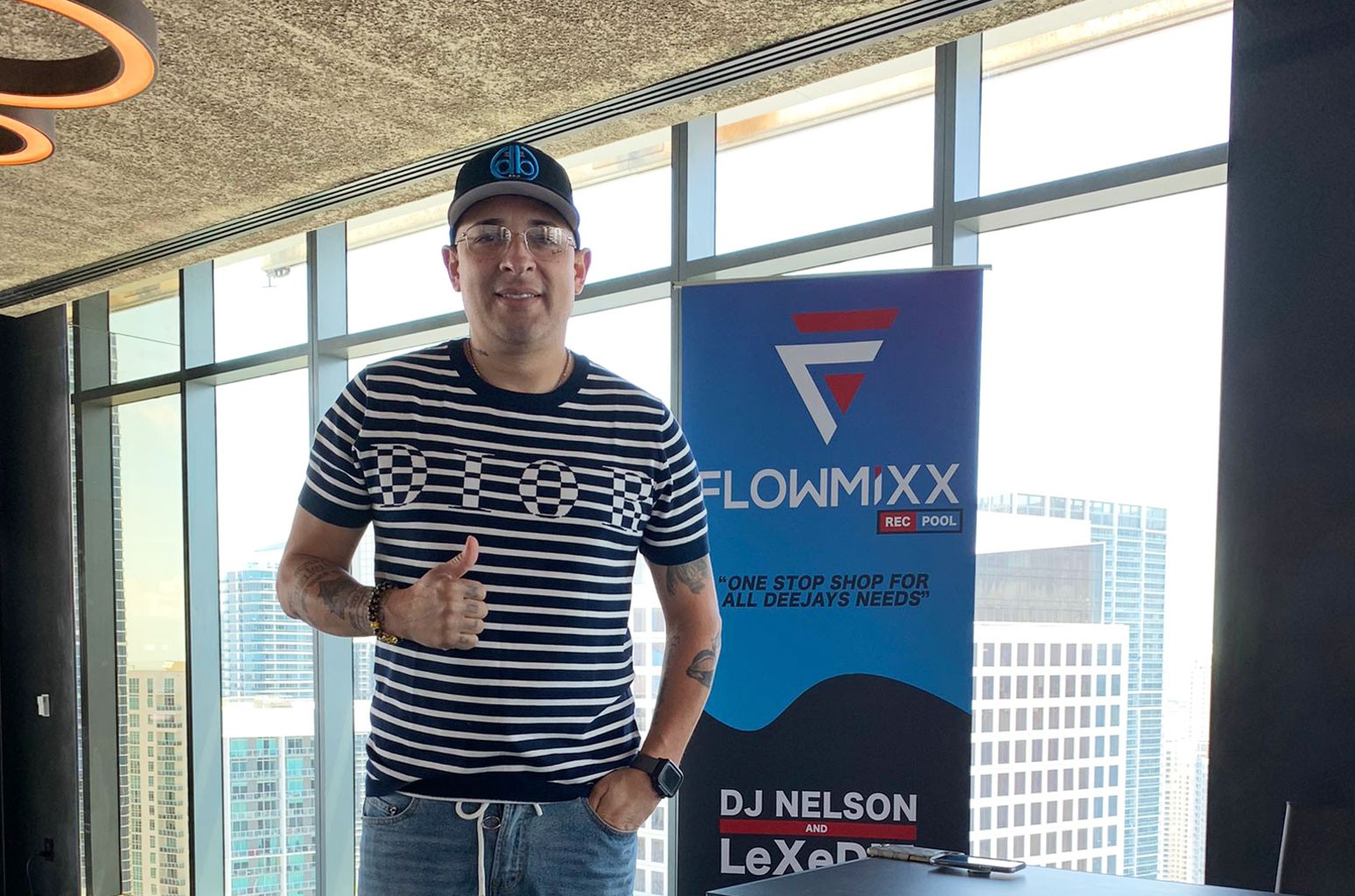 “This has been a dream of mine for a really long time and finally it’s become a reality,” DJ Nelson tells Billboard. “The purpose of this project is to elevate the urban culture and help advance the career of producers and deejays of the new generation.” For more info, check out the new venture’s website at flowmixx.com.

Billboard announced that Daddy Yankee, Karol G and Nicky Jam will headline the 2021 Latin Music Week presented by Samsung in partnership with Amazon Music and Bacardi. Taking place Sept. 20-24 at the Faena Forum in Miami, Billboard Latin Music Week returns under the slogan “The Beat of Latin Music,” making its mark as the longest running and biggest Latin music industry gathering in the world.

Aventura announced four new stadium dates across the U.S. as part of their final run together as a group. After selling out their Aug. 14 show at Miami’s Hard Rock Stadium, the bachata supergroup will also now visit Chicago; Los Angeles; Arlington, Texas; and East Rutherford, N.J. The Live Nation-produced 2021 stadium tour went on sale July 23 through ticketmaster.com. See the new dates below.

Puerto Rican stars Tommy Torres and Bad Bunny graced one of Billboard‘s digital covers this week for our Producers Now package. The Q&A with Torres and Bunny explores their unprecedented collaboration for Torres’ new album, El Playlist de Anoche, that was produced and written by both artists.

“The behind-the-scenes photos seem like it was a session between a psychologist and a patient,” Bad Bunny told Billboard. “I was the patient lying down on the couch, and Tommy was the psychologist taking notes with a guitar and a computer.” Check out our story here.

Metallica’s 1991 metal anthem “Wherever I May Roam” just got a new version — in Spanish — thanks to J Balvin, who released his cover Wednesday (July 21). The Colombian star’s reinvention of the track, which will be included in the upcoming star-studded covers album, The Metallica Blacklist, finds Balvin rapping about his humble beginnings, his hustle, and fame over hip-hop drums.

“One of my favorite bands and favorite songs,” the reggaeton star wrote on social media. “For the culture! Music was created to unite.” The release, out on Sept. 10, celebrates the 30th anniversary of The Black Album with a covers set that will feature more than 50 artists taking on songs from Metallica’s chart-topping 1991 LP.

J Balvin Reinvents Metallica’s ‘Wherever I May Roam’: Stream His Spanish Version Here 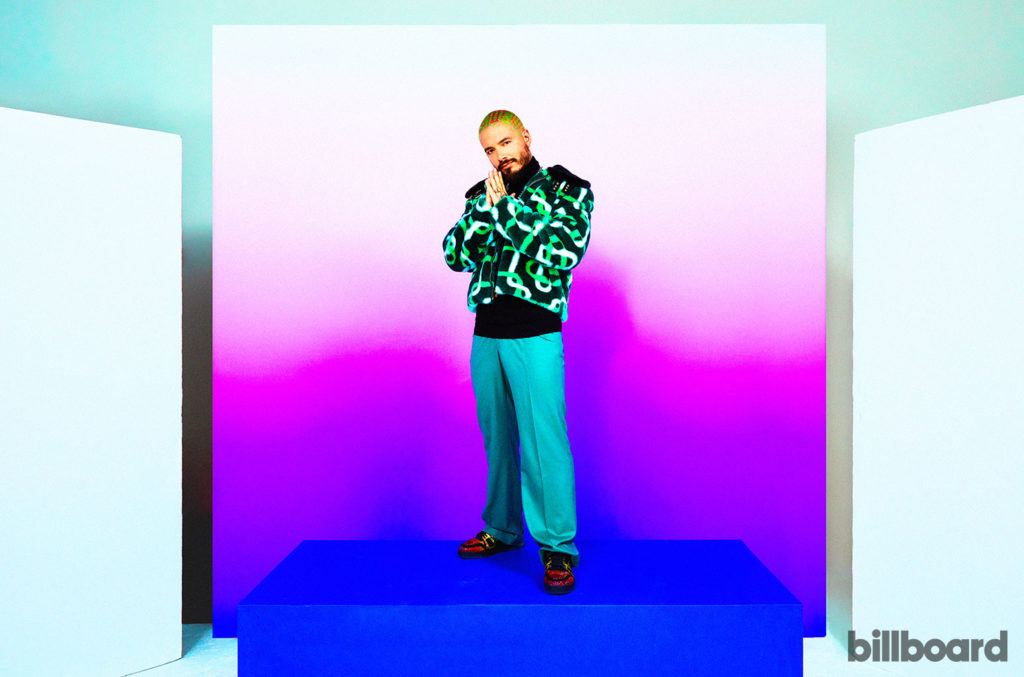 Metallica‘s 1991 metal anthem “Wherever I May Roam” just got a new version — in Spanish — thanks to J Balvin, who released his cover Wednesday (July 21).

The Colombian star’s reinvention of the track, which will be included in the upcoming star-studded covers album The Metallica Blacklist out Sept. 10, finds Balvin rapping about his humble beginnings, his hustle, and fame over hip-hop drums.

“One of my favorite bands and favorite songs,” the reggaeton star wrote on social media. “For the culture! Music was created to unite.” J Balvin’s “Wherever I Roam” was one of two new versions released Wednesday. The other one was from country artist Jon Pardi, which you can listen to here.

Bad Bunny’s 43 top 10s are the most since the chart launched in 1986. Enrique Iglesias and Luis Miguel continue to be tied for the second-most, both with 39.

Here’s a recap of the Latin artists with the most top 10s (at least 29) on the multi-metric (airplay, digital sales, and streams) Hot Latin Songs chart:

With “De Museo” entering the top 10, Bad Bunny rises to 556 weeks in the chart’s top tier, the fourth-most weeks in the region, trailing Daddy Yankee who remains at the helm with a total of 629 weeks, J Balvin (621), and Enrique Iglesias (620).

Beyond its progress on Hot Latin Songs, “De Museo” makes its first visit on Billboard’s all-genre Billboard Hot 100 chart, arriving at No. 94. The track joins another Bad Bunny debut: “Volando,” with Mora and Sech, at No. 89, for a total of four placements on the tally as “Yonaguni” and “AM,” with Nio García and J Balvin, rank at No. 38 and No. 66, respectively.

Sech Dials Up a Hit With ‘911’: One spot below “De Museo,” Sech’s “911” rebounds to No. 9 from No. 23. The song is from the Panamanian’s 42 album (No. 7 high on Top Latin Albums, May 1st-dated list). The track is likely driven up the chart thanks in large part to interest generated by the new remix which features Jhay Cortez, released July 9.

“911” takes the chart’s Greatest Gainer Digital/Streaming honors with gains in all metrics. It earned 4.2 million U.S. streams (up 145%) and re-enters Latin Streaming Songs at No. 9. It concurrently re-enters Latin Digital Song Sales at No. 15 with 445 downloads sold.

“Don’t Wait Up” arrives more than a year after the release of Shakira’s Anuel AA-assisted song “Me Gusta” and seven months after her chart-topping collaboration with Black Eyed Peas on “Girl Like Me.”

It’s also her first all-English track since 2017’s “When a Woman” and “What We Said” featuring MAGIC!, which appeared on her El Dorado album.

“I have to say, I’m very nervous because it’s my first English song in a long time because I’ve been focusing on Spanish songs only lately, but this song came about and I’m like, yeah, it’s time,” Shakira told Zane Lowe on Apple Music 1. “It’s time to do this again and I’m happy, and I’m so inspired right now.”

Placing second on the past week’s tally with nearly 19% of the vote was Normani’s new single “Wild Side,” featuring Cardi B. The exciting collab arrives nearly one year after the former Fifth Harmony member appeared in the music video for Cardi and Megan Thee Stallion‘s Billboard Hot 100 No. 1 hit “WAP.” 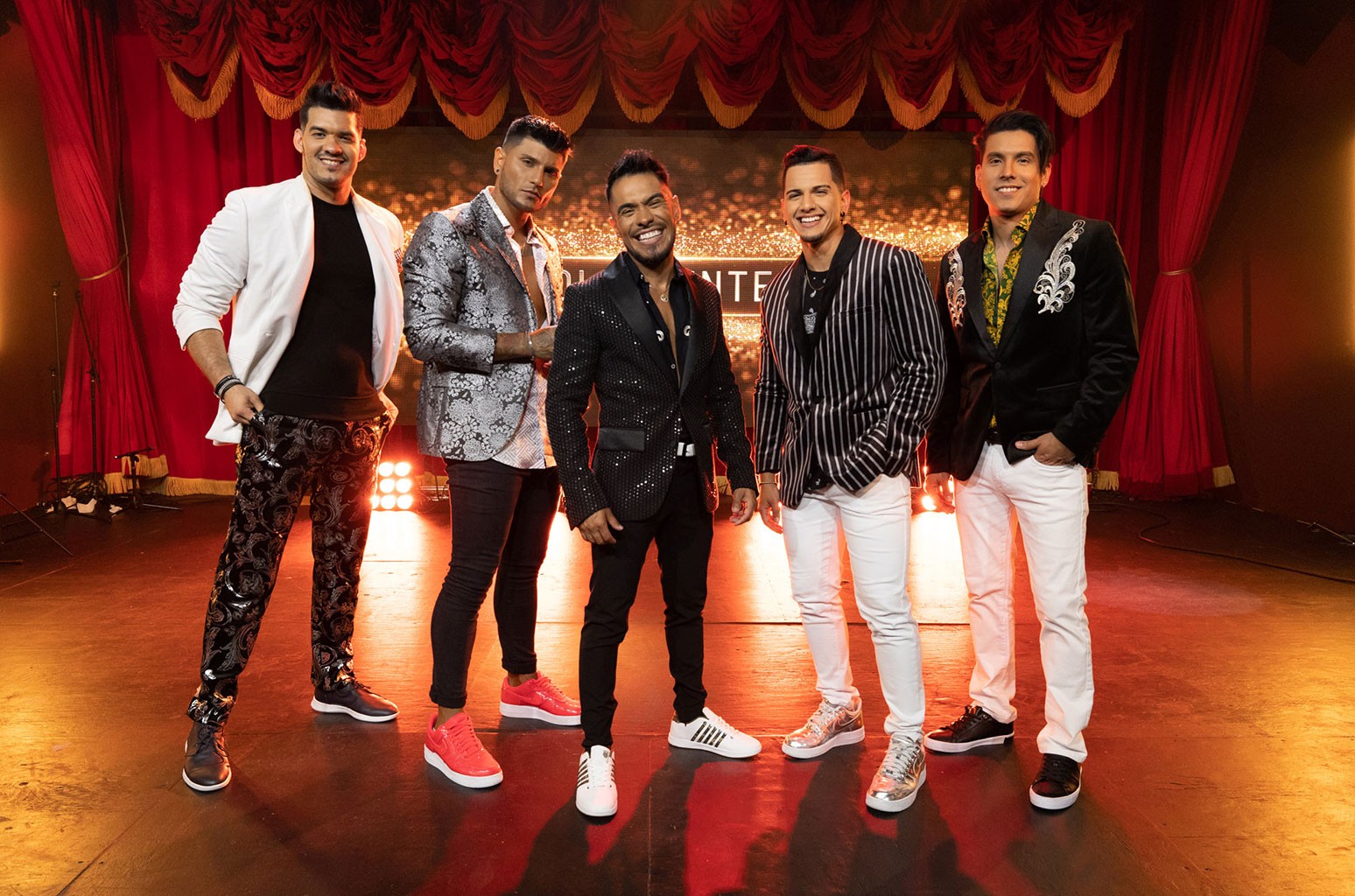 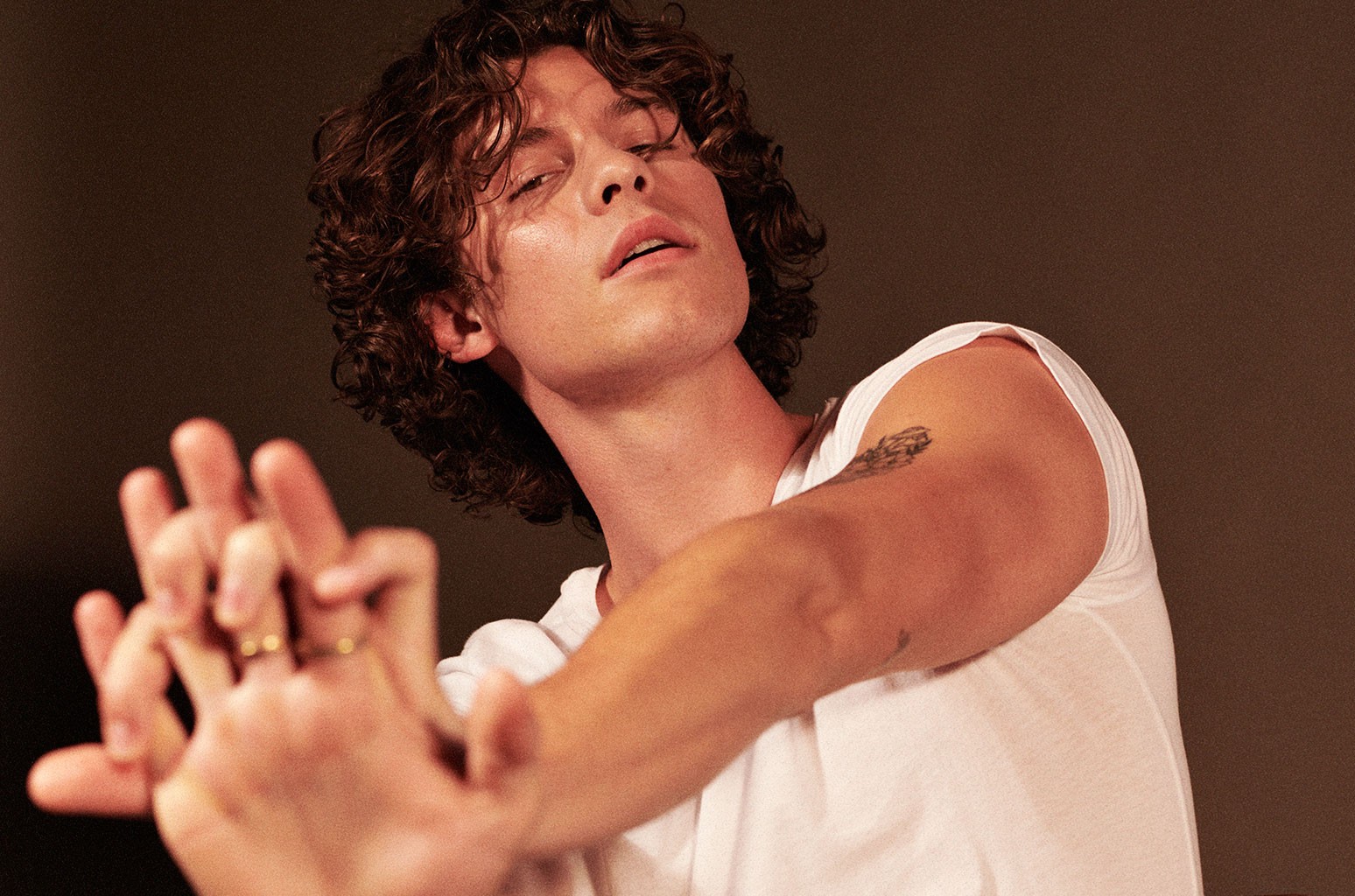 And it sounded real because Mendes’ girlfriend and fellow pop star Cabello became his bonafide Spanish language coach for the song. The couple didn’t sing in Spanish together when Cabello and Mendes collaborated on their Latin pop smash “Señorita,” which went No. 1 on the Billboard Hot 100 two summers ago. But she certainly taught him a thing or two before he sang on the “Kesi” remix.

“To be fair, not everybody has a Cuban Mexican girlfriend who sits in the studio with them making sure they’re saying every word perfectly. She was like, ‘If you’re going to do this, you got to do it right. You can’t be saying these words wrong.’ And I was like, ‘OK,'” Mendes told Lowe. “It took me hours to get the words right, though. I could not mess that up. It was going to ruin our relationship if I said, if there was one … I remember there was one word and I was like, ‘I think it’s fine.’ And she’s like, ‘It’s not fine.’ And she’s like, ‘It’s not fine.’ And I’m like, ‘OK, it’s not fine. I believe you.'”

Listen to the “Kesi” remix below. 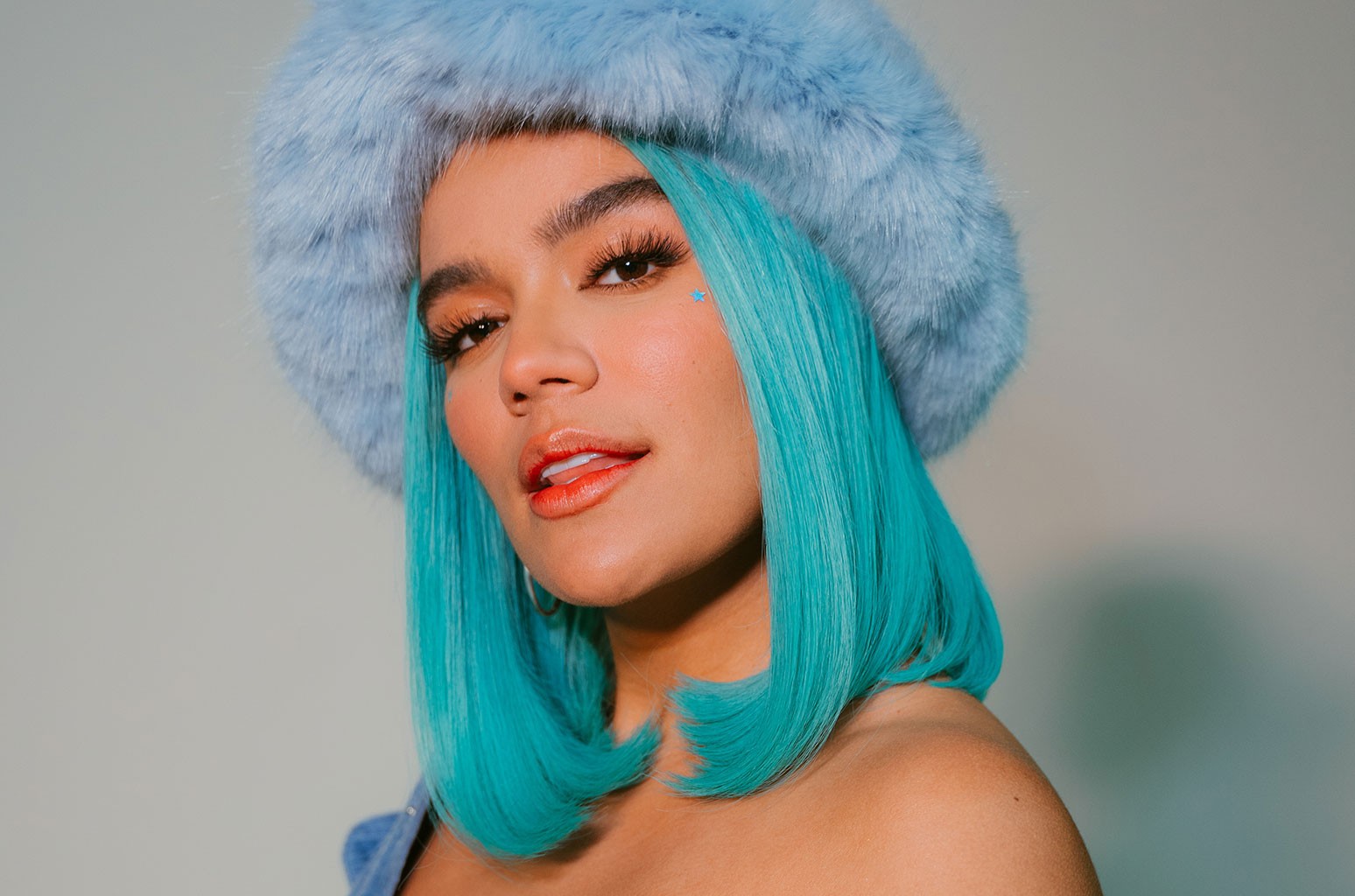 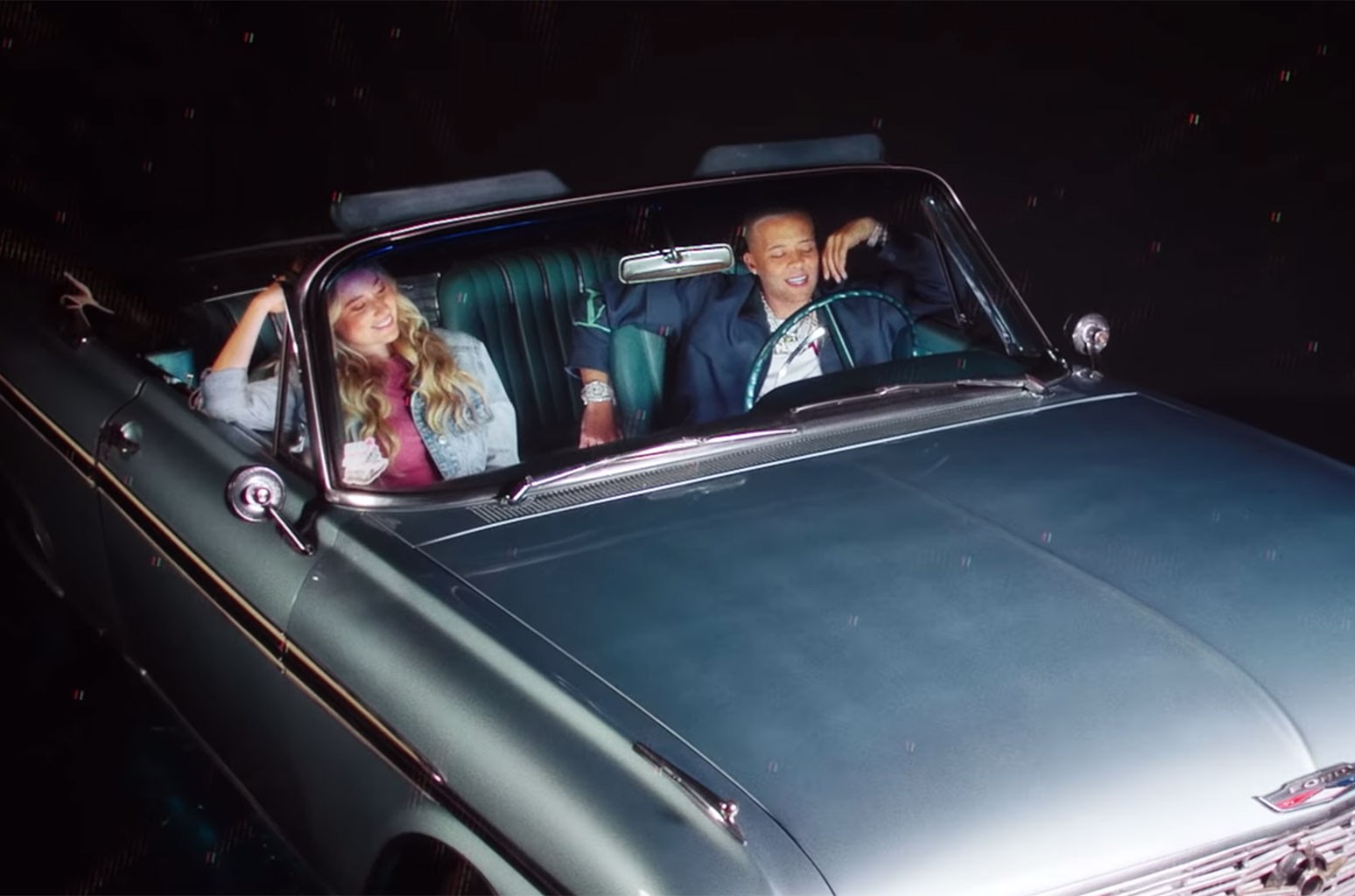 Assisted by a new remix with J Balvin and Bad Bunny, the track surges 16-4.

Nio García scores his fourth top 10 on Hot Latin Songs as “AM” soars 16-4 on the July 10-dated survey thanks to the song’s remix with J Balvin and Bad Bunny, released June 24.

The original song, billed as Nio García and Flow La Movie, was released Jan. 28 and reached a No. 11 high on the May 29-dated chart. With J Balvin and Bad Bunny on board, the song arrives in the top 10 of the airplay-, streaming- and digital-blended Hot Latin Songs in its 13th week mainly on the strength of streaming data.

“AM” earned 12.6 million U.S. streams after its first full tracking week ending July 1, according to MRC Data. That grants the track a No. 22 start on the overall Streaming Songs chart, García’s second entry and its highest following “Te Boté’s” No. 33 debut in May 2018. Ongoing with its streaming progress, “AM” also takes the Greatest Gainer/Streaming honors, climbing 18-2 on Latin Streaming Songs.

“Yeah, time goes by, goes by and doesn’t stop/ I’m getting old and yesterday I was a baby, hey/ The problems ‘come and go, hey/ With my God I am always thankful for everything I’ve accomplished and lived/ For all the times I’ve cried and laughed,” Bunny sings.

In true Bunny fashion, “De Museo” — penned by the chart-topping artist himself — was released with no prior promotion during the early hours of July 6 following Fourth of July weekend via Rimas. The song has already racked up over 2 million views on YouTube. 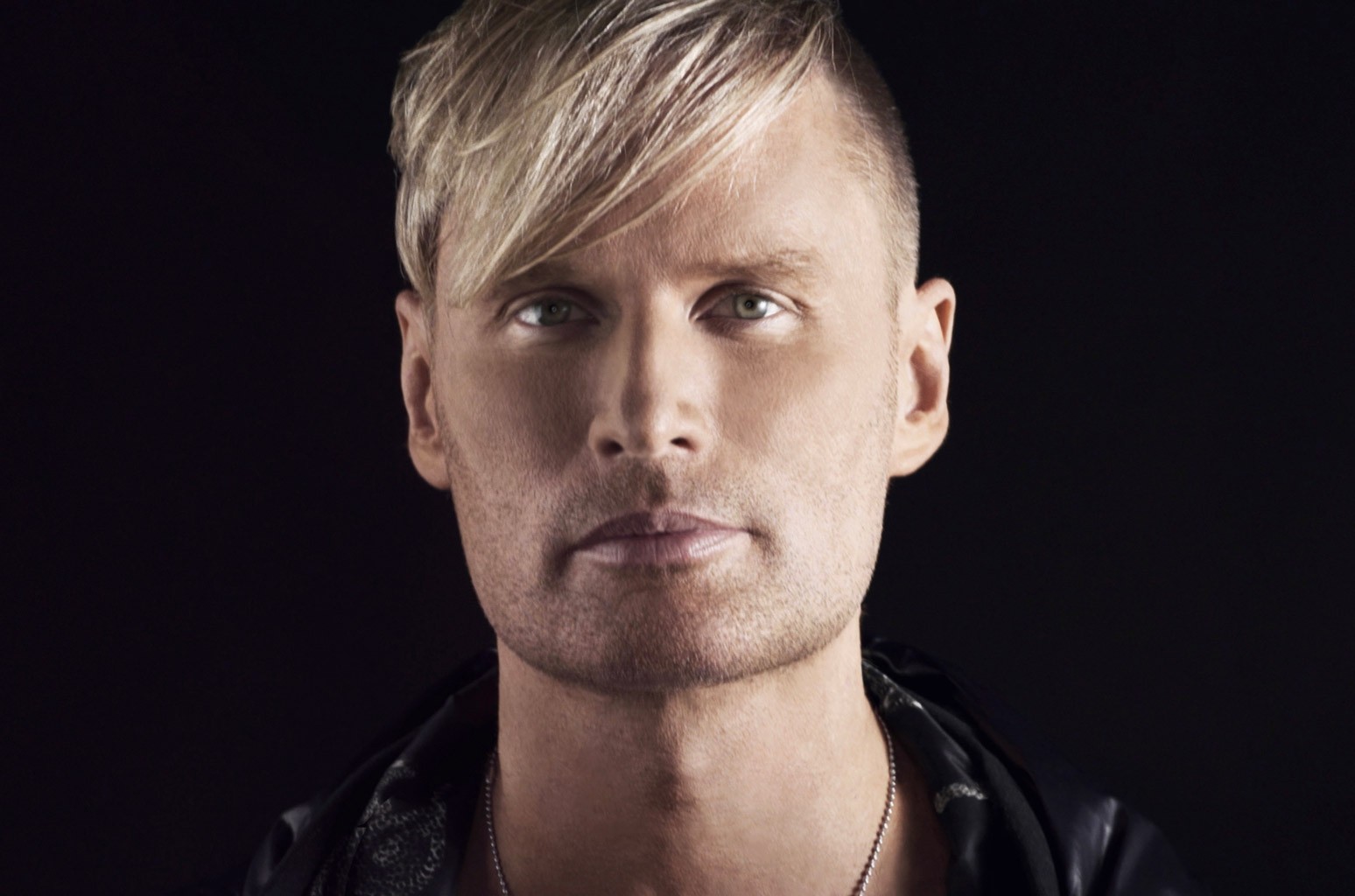 Tyler spoke to Billboard about the F9 score, out today (July 2) on Back Lot Music, and its history.

This is a very orchestral, cinematic score. How do you juxtapose it with the soundtrack?

I definitely take into account the rest of the music. I produce hip-hop tracks a lot outside of scoring, so there’s a lot of production in the score that also has hip-hop, urban and Latin elements that are really part of the production — the feel, the groove of it. We always wanted to make the music in Fast and the Furious to feel a seamless whole. You always have to make sure the tapestry of the music has a flow. It’s exciting, it has motion, and it has a very contemporary music edge to it.

You’ve scored so many action films. What is distinctive about the Fast and Furious scores?

Even the score for Fast and Furious has a very unique sound that has been developed over so many films. This is a series that has been so successful, and has allowed me and anyone involved with it to find a particular voice for the films. Fast and Furious has a unique and developed sound, and it’s very crystalized by the time we come to F9. When I do concerts, for example, people cheer when I play the themes.

So, tell me about the themes in F9?

There’s a big character, the new Toretto. So we needed to have a theme that was really about the rivalry of these brothers, and this Toretto theme is a huge part of the score and it’s a new angle and a new tone.

We create a theme for every character or for every joint group of characters. For example, there’s a theme for Brian and Mia and that theme comes back and it’s very emotional and poignant. Letty has a theme that began in Fast & Furious 4. It’s a Latin-based theme and it uses a nylon string Latin guitar. It’s one of my favorite pieces in the series.

This is your seventh film in the franchise. How has the scoring evolved?

As the movies have progressed, the tone of the films have become more epic and the films have gotten longer. Where it really took a turn was four and five. Now you have planes and submarines and all sorts of really big, dramatic ideas. But what’s surprising is how much of the score is quiet and emotionally based. That’s why the Toretto theme is so dramatic: It starts the album.