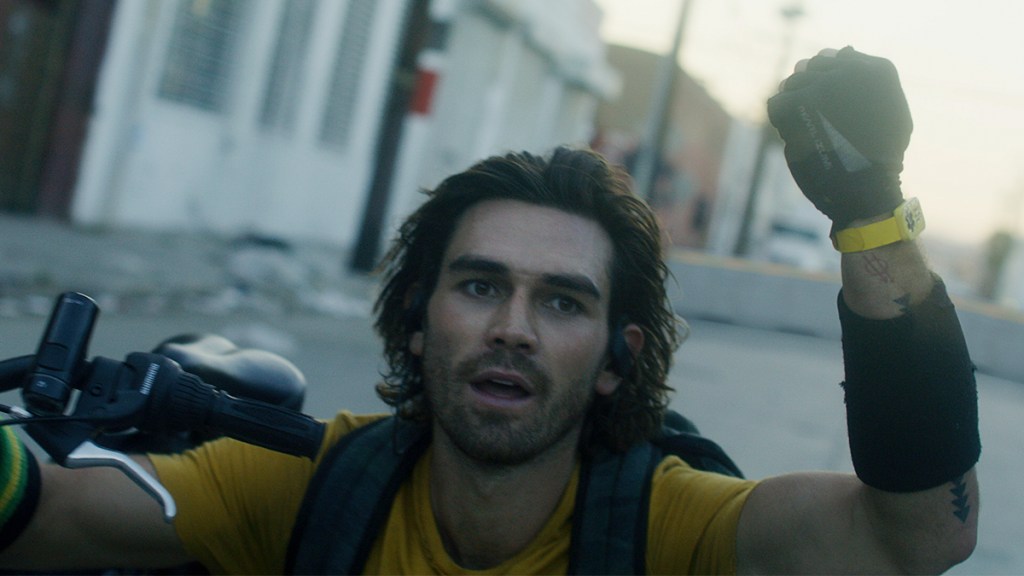 Produced by Michael Bay and Invisible Narratives, the film features “Riverdale” star KJ Apa among a large ensemble and tells of a fight for love amidst the end of the world. Adam Mason (“Into the Dark”) directs from a script co-written with Simon Boyes (“Misconduct”).

“It’s a dystopian, scary world, but it’s a romantic movie about two people who want to be together, but they can’t,” Mason recently said of the film, a trailer for which launched Thursday. “It’s ‘Romeo and Juliet,’ but they’re separated by her front door and by the virus.”

Bay is the director of splashy action classics including “Transformers” and “The Rock,” and a filmmaker behind hits like “A Quiet Place” and “The Purge.” Adam Goodman and Andrew Sugerman are producing for Invisible Narratives, along with Catchlight Studios’ Jeanette Volturno, Jason Clark, and Marcei Brown. The film is also produced by Eben Davidson for Invisible Narratives and executive produced by Michael Kase.

Mason is repped by 3 Arts and ICM Partners, and Bay is represented by WME. Endeavor Content is handling international sales for the film. STXFilms will release the project domestically and in the UK.