Will Oscar Voters Say ‘I Love Nicole Kidman’ in Aaron Sorkin’s ‘Being the Ricardos’? 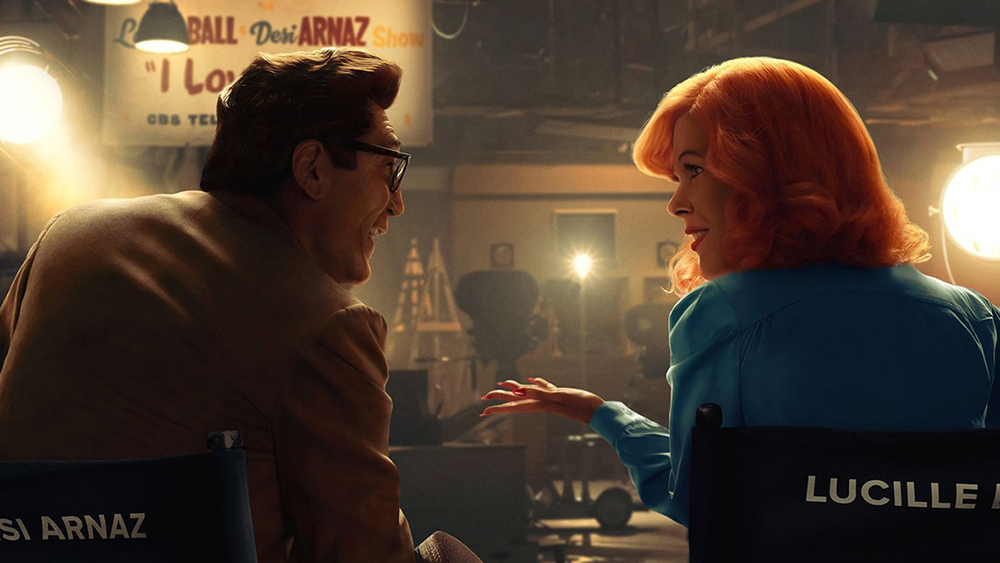 After revisiting a slice of 1960s history in last year’s “The Trial of the Chicago 7,” Aaron Sorkin turned his lens to “Being the Ricardos,” cataloging a politically tumultuous week in the 1950s for Lucille Ball and Desi Arnaz during the heyday of “I Love Lucy.” The Academy of Motion Picture Arts and Sciences often falls hard for movies about old Hollywood, and it would be foolish to think that they’ve changed their tune, especially after seeing films such as “Mank” from David Fincher garner the most nominations at last year’s ceremony. The new movie from Amazon Studios could follow a similar trajectory — competing in categories across the board.

Under Sorkin’s direction, “Being the Ricardos” presents plenty of chuckles and sympathy for our favorite redhead in TV history. Kidman embodies the essence of Lucille Ball, especially in her mannerisms during the rehearsals and filming of episodes. She very well may break your heart, demanding the viewer’s sympathy and a best actress nomination may seem almost certainly in the cards for her. An Oscar-winner for her turn as novelist Virginia Woolf in Stephen Daldry’s “The Hours” (2002), Kidman has enjoyed a remarkable wave of acclaim in the last decade. Following her Oscar nomination for “Rabbit Hole” (2010), she went on to become an Emmy darling with “Big Little Lies,” and she’s explored fascinating characters in films like “Stoker” (2013), “Destroyer” (2018) and “Bombshell” (2018). With four total career noms for acting (including “Moulin Rouge” and “Lion”), Lucy could help her get to No. 5.

Bardem rides the line between a lead and supporting role, although perhaps without showing the same effectiveness as his co-stars. Much of that could be due to knowing that he is not Cuban and should not have played this role. His inclusion in the film heightens the ongoing issue of Latino representation in Hollywood. A USC Annenberg Inclusion Initiative study found that Latinos are nearly nowhere to be found in movies. Seeing Bardem, a European Spaniard, take on the role of a revered Cuban figure when there are many available actors equally, if not more equipped to take on the part, remains discouraging. I hope the Academy recognizes that only four Latino actors have been nominated for a lead performance in the last 93 years. This doesn’t discount Bardem’s status in the actors’ branch. He was nominated for best actor for his portrayal of another Cuban, poet Reinaldo Arenas, in Julian Schnabel’s “Before Night Falls” (2000). Sporting a menacing haircut and a bolt pistol, he won the Oscar for best supporting actor for the best picture winner “No Country for Old Men” (2007), sweeping the precursor prizes that year. His last nomination came as one of the Oscar morning “shockers” in Alejandro G. Iñárritu’s Mexican international feature submission, “Biutiful” (2010).

On paper, Simmons’s casting as William Frawley, who played “Fred” on “I Love Lucy,” seemed absolutely perfect. It’s been almost seven years since Simmons ran away with best supporting actor for “Whiplash” (2014); he garners some of the film’s biggest chuckles and could be in the running for his second nomination.

Nina Arianda, best known for her memorable turn in “Stan & Ollie” (2018), serves as the emotional backbone of the story, and it would have been fantastic to see an entire movie about Vivian Vance. As part of the most competitive acting category this year, her awards campaign will rely on the acting branch’s willingness to finally invite her to the big leagues, something she’s proven to be worthy of for a long time. I would consider her the best-in-show.

The so-called “Sorkin-isms” are present, and this could be the funniest script he’s penned in some time. You may see the distant cousin of “The Social Network” (2010) on the screen, the film that won him the Academy Award for adapted screenplay. In terms of the director’s race, it’s still unclear if Hollywood sees him in that realm yet, or if the director’s branch is willing to accept him into their ranks.

Daniel Pemberton’s score is audaciously utilized, as it navigates the more dramatic beats before switching gears into the lighter moments.

Alan Baumgarten’s editing is just as quickly paced as it was for this nominated work last year on “The Trial of the Chicago 7.” Production design by Jon Hutman and set decoration by Ellen Brill should be no-brainers. At a minimum, the Art Directors Guild will see merit in their contributions.

“Being the Ricardos” will open in theaters on Dec. 10 before streaming on Prime Video on Dec. 21.