Hitmaker of the Month 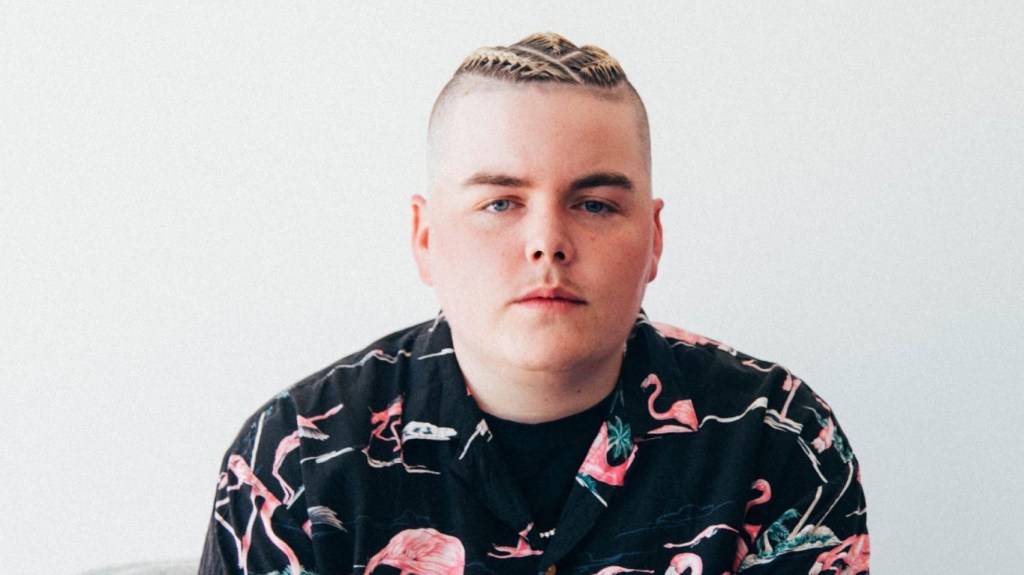 Internet Money’s “LEMONADE” may very well be the jam of the fall, having recently dethroned Cardi B and Megan Thee Stallion’s “WAP” from the top spot on the Rolling Stone chart. Featuring an all-star crew of rappers, including Don Toliver, Gunna, and Nav — and with a remix headlined by Roddy Ricch — “LEMONADE” counts more than 276 million streams on Spotify and has sold 1.4 million downloads. It also reached No. 9 on the Billboard Hot 100.

So who exactly is Internet Money? A combination record label and production/management concern, the company represents a collective of producers, artists, photographers, engineers, creative directors, A&Rs and managers. “There’s nothing we can’t do,” says its founder. “We got 50 people right now. I feel like a kindergarten teacher. I have a lot to deal with on a day-to-day basis.”

The first plaque Taylor received was for “Fuck Love” by XXXTentacion. Today, he’s lost count but estimates that he has made over 200 gold and platinum records. Indeed, Taylor has become one of the most successful producers of the internet age, working on tracks like “Ransom” by Lil Tecca and “Lucid Dreams” by Juice WRLD, featuring the talents of Internet Money’s own Nick Mira. “We take time to be thankful for the moment,” says 20-year-old Mira. “We want to keep pushing the song up obviously but at the same time we’re working on what has to be done next. People have to hear more than ‘LEMONADE.’ We can’t just have ‘LEMONADE.’”

Variety caught up with Taylor at his Los Angeles home where he discussed his first beat, his love for Kanye West and the making of Trevor Daniel’s 2020 hit, “Falling.”

You sold your first beat for $250, what was life like then?

I’d never made a dollar from anything. No one thought I’d make money from music, even my mom said, “You’ll never make money doing that shit.” I sit back and think $250, I can spend that right now [snaps] and feel nothing. At the time, $250 was everything. I remember budgeting that $250: “I’ma go sell shit and put some money away to go get some speakers.” I walk in the store today and buy whatever the fuck I want. I didn’t think about it like that, that’s wild.

And now you have one of the biggest songs in the world. How’s that feel?

It hasn’t hit me yet. I tweeted that the other day riding in the car, “LEMONADE” was on RapCaviar. The first time I listened to the whole song since it’s been out. Damn, I actually own this record. I own the masters, it’s my record on my label. I don’t look at it like I made it.

How do you mean?

I wake up every day with a different mentality. What I did the day before doesn’t matter. Plaques, going gold or platinum, having a Billboard song doesn’t mean anything. I want to push the boundaries. What producers do you know doing this? Not only did we produce “LEMONADE,” but I actually wrote it. Me, Jozzy, Johnny Yukon wrote it Oct. 7, 2017. A completely different song, wrote it initially for Lil Skies. Jozzy put “LEMONADE” out, it got 3,000 plays, nothing happened. I asked my A&R, “I’m doing my album, do you have any songs I should put on there that I’ve done over the past three years?” He said “What about ‘LEMONADE”’?” I said “What about it?” He asked “You know Don [Toliver] cut it?” I had no idea. I fuck with Don, good guy. I heard it on the original beat Jozzy cut. I said, “All right, well I need the acappella.” They sent it and we made the song right then. I got Nav and sent it to Gunna, he got on it and I put it out.

You’ve described some drama behind the scenes. What happened?

No one knows this shit. It was four minutes, 50 seconds with Don’s verse, Nav’s verse, Gunna’s verse. I had to take Don’s verse off because he’s on the hook too. My label, I sent in the version without Don. They sent a version with Don to Don’s label and they approved it. When the song dropped and Don’s verse isn’t on there, he’s said, “Bro, what happened?” I said we had to do something for the remix. Thankfully, the song went up. This record shouldn’t be as big as it is [laughs]. Not because the song’s bad, but there’s so much drama behind the record. Every fucking thing that could’ve possibly went wrong with putting out this song, the video shoot, people not wanting to be there, people hating on the record, labels fucking up, negative shit. It still went up and became one of the biggest records of the year.

Was there a tipping point to this song – a social media moment, a key synch, radio add or specific playlist/platform that amplified the record? What was it?

TikTok took it to a whole other level. I love it because you can’t pay for that. You can pay influencers to do videos, but you can’t pay for people to want to do it and catch on. Watching people organically come up with cool videos, creative ideas for your song, it blows the numbers up. Watching the charts grow every day is cool, I respect it. I fuck with all the TikTokers.

What is it about the song that grabbed listeners?

It’s everything. The guitar is one of the melodies you hear instantly, you know what the song is. Those things don’t exist, we’ve been missing those iconic 90s guitar chords — Red Hot Chili Peppers, Green Day, Weezer, that influence is in there. The hook’s really big, it’s really catchy. Once you hear, it gets stuck on you.

Is that how you are with your music?

I look at music way differently. It’s hard, I fight between what I want to do and what I need to do. I want to do crazy, next level shit. What Kanye did with “My Beautiful Dark Twisted Fantasy” and “Yeezus,” really bend sonics and sounds. Do fire shit, but people want to hear “LEMONADE.” [laughs] I walk the line. I battle the angel and a demon on my shoulder, how do I give them the medicine through the candy? So I can make myself happy but still give them what they need at the same time.

When did you first come up with the idea for Internet Money?

I wanted to create a group of producers who work with each other. I didn’t care about the industry, I was making half a million dollars a year online, I didn’t care about working with big artists. I found Nick Mira when he was 15 years old, I found DT when he’s 16. They went on to find Juice WRLD. DT found Juice WRLD when he had 100 SoundCloud followers. They came up with Juice; produced all his music, did everything with Juice.

Juice had such great energy. How did you deal with his passing?

I’ve never told anybody. That morning early at 6 a.m., Nick’s asleep in my house in his room. Sidepiece from Seattle, the person who found Juice WRLD, was in town for a week, in my house asleep in the living room. I get a phone call from the New York Times, I don’t answer. I got a text immediately saying, “Do you have a quote on the passing of Juice WRLD?”

That was how you found out?

Yeah, I’m reading it like what the fuck? Nah. I check TMZ, it’s on there. I get up and run to Nick’s room at the end of my hall, he’s already up crying and freaking out. I go downstairs and tell DT. 6 a.m., they’re out at the hot tub checked out. Nick and DT were the ones who found him and developed him, it really hit harder for them. A bunch of shit behind-the-scenes people don’t know. People didn’t want Nick working with Juice. Whenever money gets involved, people try to control the pot and only want certain people working with each other. Politics, a lot was left unsaid.

Let’s talk about Falling,” when did you discover Trevor Daniel?

He’s an artist from Houston I signed two years ago. SoundCloud man, digging. I do my research, I find artists. I brought him out here for a trial session because I wanted to sign him, give him a deal. We made one record, then “Falling” was the second record we made. We dropped it Oct. 5 2018, and here we are. It went viral a couple different times: on Instagram in 2018 and on TikTok the end of 2019. Crazy, it’s been going for a year and a half.

During the life of this song, what has been your proudest moment personally?

Seeing it go up organically. Labels doubted, they wanted to give this song to another artist the day before it dropped, actually. We had a premiere set up with Complex. Trevor wrote the song, they wanted him to give it up to another artist. Crazy. I said “Fuck nah, y’all can suck my dick.” [laughs]

What are you looking forward to the most post-COVID?

Performing. Internet Money Festival in Jacksonville, it’s a real thing. I was supposed to do it this year, but COVID. I want to get charities involved. At this point, I want the key the city. Flex on some local shit. When you make a certain amount of money, what is it if you don’t bring it back to your hometown? Cole [Bennett] has this thing in Chicago, Travis [Scott] has his thing in Houston, Post [Malone] has his thing in Dallas, Pharrell has his up there in Virginia. Everybody has their own thing going on. I want to do mine.