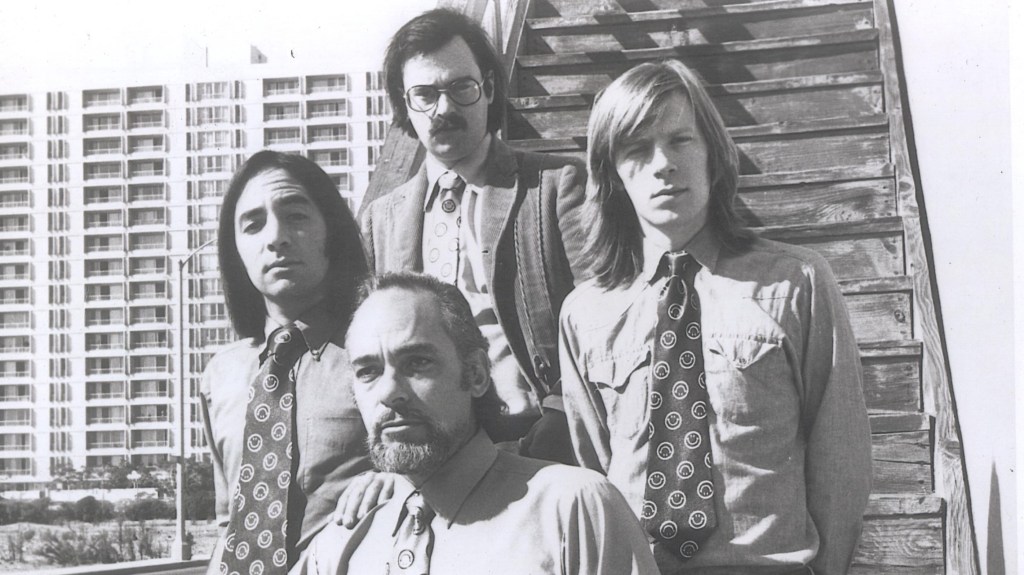 Hours before his passing, Variety spoke to Lander’s longtime friend and one-time collaborator Harry Shearer. The “Le Show” radio host, Spinal Tap co-creator, “The Simpsons” cast member and satirist was talking about everything from his recent album, “The Many Moods of Donald Trump,” to his Dec. 11 virtual “Christmas Without Tears” event, co-hosted by his wife Judith Owen, when he began discussing the art of collaboration.

“The very first collaboration that I had in my professional life was with a couple of people in a comedy group, and one of its members was a guy, David L. Lander – very famous as ‘Squiggy’ for a while on TV – was just the most masterful person.”

The group that Shearer is talking about is The Credibility Gap, the comic troupe that was together from 1968 through 1979, and most famed for its 1971-79 lineup that featured Richard Beebe, Lander, Shearer and Michael McKean. McKean not only co-starred on “Laverne & Shirley,” playing ‘Lenny’ to Lander’s ‘Squiggy,’ he was one of the founders of Spinal Tap with Shearer and Christopher Guest.

The Credibility Gap may have started on California radio – first on AM rock radio, KRLA 1110 in Los Angeles, then FM radio in Pasadena at KPPC – but eventually became known for their brand of improvisational social satire heard on albums such as “A Great Gift idea” on Reprise, released in 1974.

“You could throw a ball into the air, and David could hit it for a mile in terms of a punchline,” said Shearer of Lander. ”It was magical.”