At a Tribeca loft in New York City on Sunday evening, many of the cast members and producers of the new film “With/In” met each other for the first time. That’s because “With/In,” produced by Maven Productions’ Trudie Styler and Celine Rattray, is an anthology of short films created during the early months of the pandemic.

In 2020, as the world shut down, Styler and Rattray had an idea: They’d flip through their extensive rolodex of Hollywood names — like Julianne Moore, Elizabeth Marvel, Rosie Perez, Gina Gershon, Chris Cooper and Talia Balsam — and ship professional camera, sound and production equipment to their homes. In possession of the equipment for two days, participants could write, direct and shoot a 10-minute short film on any topic of their choosing.

“I don’t think anyone quite expected how difficult the challenge would be,” Rattray told Variety at the screening. “With/In,” which features eight of the 13 films, will be released by Amazon on March 13. “One thing we heard from everybody was how badly they missed and appreciated their crews. For many of them, I expect the experience was like going back to film school.”

Imagine, therefore, being in a college classroom with the likes of Edie Falco, Debbie Harry, and Donna Karan, all in attendance at the screening on Sunday. As the shorts played — crude, bizarre, overly serious and touching — watching “With/In” felt like a showcase for a film class of Hollywood A-listers, eagerly debuting their amateur creations.

“These were time capsules,” Dunne told Variety at the screening. “Not really time capsules for what we were doing, but how we were feeling, what was going through our minds.”

Two years removed from the pandemic’s start and sipping wine at the Tribeca Screening Room loft, it was hard Sunday evening to see “With/In” as much more than a time capsule for the rich and famous — trapped in their lavish country homes and Montauk estates.

In “Neighborhood Watch,” Sam and May Nivola, son and daughter to actors Emily Mortimer and Alessandro Nivola, stage a coup to tie up their parents and escape their rustic country home for the familiar comforts of New York City. Cold and alone at a train stop — and out of cookies from their mother — the pair learn their lesson and return home.

“Our film was made by our 17-year-old son, who’s now 18, but he’s in Rome on his gap year,” Mortimer said at the screening. “I asked him if he wanted to write something, and he said, ‘Thank you so much for watching. I hope hearing a teenager complain about his life isn’t too overdone.’”

Of the eight shorts in “With/In,” only one touches on issues of race which rocked the country during the pandemic. By the time the film equipment made it to Moore and husband Bart Freundlich’s home, George Floyd had been murdered.

“It was wonderful to be able to have a purpose during this time,” Freundlich said at the screening on Sunday. “We were last to get the equipment, and we filmed toward the end of the first part of COVID, where the Black Lives Matter movement was really coming to the forefront, and that changed a lot of what we did.”

In their film, Moore’s character is isolated at her Montauk home, separated by her son and her husband, played by a FaceTime-bound Don Cheadle. When her racist sister, played by Balsam, arrives from New York City, Moore’s character must decide whether to silently absorb her sister’s bigotry or take a stand. Moore’s character resolves to kick her sister out, but nonetheless avoids the few Black townspeople she encounters in Montauk.

“Creativity can overcome hurdles, and you can power through them in the creative arts,” Rattray reminded Variety at the screening Sunday. “‘With/In’ isn’t about COVID,” she said, “it’s about the human experience and how it changed people’s minds, lives and families.”

Griffin Dunne Remembers Aunt Joan Didion: In Examining Grief, She Gave ‘Hope and Meaning to Those Who Needed It Most’ 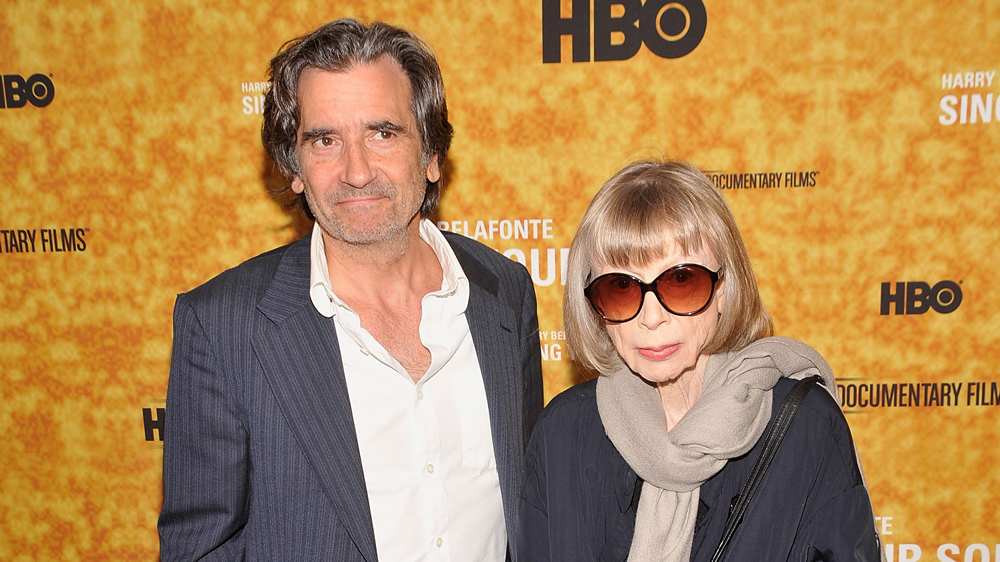 Actor and filmmaker Griffin Dunne paid tribute to his aunt, acclaimed author Joan Didion, who died on Thursday at 87.

Dunne said Didion, who was the subject of his haunting 2017 Netflix documentary “Joan Didion: The Center Will Not Hold,” “wrote about grief to find out what she felt, but ended up giving hope and meaning to those who needed it most.”

“Yesterday morning I said goodbye to my Aunt Joan for the last time,” Dunne, the son of Didion’s brother-in-law, author Dominick Dunne, said in a statement on Friday. “Yesterday morning her enormous readership also began their goodbyes to Joan Didion, one of the greatest writers of our time.

“In 1961, as a young contributor at Vogue, Joan once wrote, ‘People with self-respect exhibit a certain toughness, a kind of moral nerve; they display what was once called character.’ As her nephew, I was fortunate enough to witness firsthand Joan’s character, her self-respect, her certain toughness. These qualities are ones I admire and have tried to learn from all my life.

“Her voice was that of a writer who saw things as they were before most of us. She wrote about grief to find out what she felt, but ended up giving hope and meaning to those who needed it most. Now I find myself in grief, which I share with so many others who are also mourning this great loss.”

“The Center Will Not Hold” included archival footage and conversations between Dunne and Didion.

The death of the iconic writer left the literary world and Didion’s legion of fans reeling on Thursday. Also an essayist and screenwriter, Didion rose to prominence in the 1960s as a leader in the New Journalism movement, and managed to keep generations of readers captivated with her distinctive voice and acute observations, especially of California life.