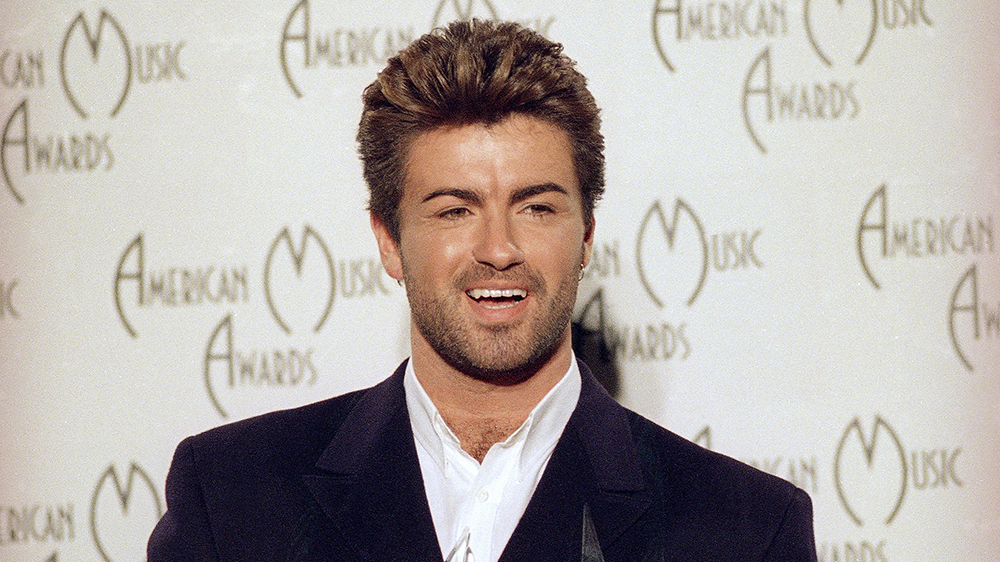 The estate of George Michael has extended its global publishing agreement with Warner Chappell Music U.K. The deal covers Michael’s solo work and songs from his time in Wham! The George Michael-Warner Chappell alignments dates back four decades, according to an announcement of the renewal.

“We are genuinely delighted that, after many months of detailed discussions and negotiations, we have renewed our longstanding association with WCM which started in the early ‘80s,” said Chris Organ, attorney for Michael and co-executor of the George Michael Estate. “We live in an age of sale and acquisition, and interest in, and competition for, this catalogue was fierce. George was a very loyal man who valued and nurtured long-term business relationships; but ultimately wanted to be remembered as a great songwriter. We strongly believe that his legacy as a songwriter, and the protection and enhancement of this stellar catalogue of songs, is best served by a traditional, hands-on day-to-day relationship with an established music publisher. Warner Chappell Music’s current structure and management is ideally suited to achieve those goals. We look forward to continuing our extremely successful relationship and, most importantly, to maintaining the status and integrity of George’s work for many generations to come.”

George Michael is among the most celebrated international pop stars who saw eight No. 1 hits in the U.S. and seven in the U.K. during his peak years in the 1980s and 1990s. Michael won two Grammy Awards during his career, one for album of the year for “Faith,” which spent 12 weeks atop the album chart. “Faith” would span additional hit songs “Father Figure,” “Monkey,” “One More Try” and the title track.

Added Guy Moot and Carianne Marshall, co-chairs of Warner Chappell Music: “George Michael is one of the greatest songwriters of all time. We all still miss his engaging personality, but he’s left the most incredible legacy in the form of his songs and performances. We take our responsibility to curate and promote his catalogue incredibly seriously, because even the greatest songs still need energetic champions.”

“This Is How (We Want You To Get High),” a previously unheard song by George Michael, has dropped ahead of the release of “Last Christmas,” a movie inspired by the work of the late singer-songwriter.

Universal Music Group/Island Records released the new single Wednesday. Recorded during Michael’s final studio sessions, it is the first original material by the artist to be shared in seven years.

The song closes the Universal Pictures movie “Last Christmas,” which is released Friday in the U.S. and on Nov. 15 in the U.K. The movie soundtrack comes out Friday and features three Wham! tracks and 12 songs from Michael’s solo career.

The Paul Feig film was co-written by Emma Thompson and is toplined by “Game of Thrones” star Emilia Clarke and “Crazy Rich Asians” actor Henry Golding. In his review, Variety’s Owen Gleiberman called “Last Christmas” a “romantic comedy that just about connects the dots.”

In a statement, Michael’s sisters, father and his longtime manager, David Austin, said: “This new track we proudly send as his gift to you this season to bring you all love and festive joy…Whoever you worship…Whoever you love…”

“This is How (We Want You to Get High)” was co-written and co-produced by James Jackman. Work started on the track in early 2012. It was subsequently developed and recorded at Air Studios in London before finishing touches were added in late 2015, during George’s final recording sessions.

“We’re in West Hollywood [where] brunch is definitely a Sunday thing,” observed Parson James, referring to the first “Out to Brunch” luncheon, which celebrated some of the most successful gay songwriters, artists and other creatives yesterday at Cecconi’s restaurant. “Sundays are for booze-y brunches, you know? Everyone is super-depressed on Saturday nights, so Sundays you need to keep drinking,” joked Lucas Keller, president and founder of the management company Milk & Honey, who cohosted the event with singer-songwriters James “JHart” Abrahart and Brett “Leland” McLaughlin. Then he gulped down a Bloody Mary.

“I’m so excited to be here,” said the music industry’s queer poster boy, Troye Sivan, in between exchanging air-kisses with admirers. “I am constantly so floored by the talent and influence that the LGBTQ community, specifically in music, has. You know, queer people have been writing your favorite songs forever; the talent has always been there. To be able to recognize it publicly and find community in it is so amazing. And to see it celebrated in this room and for everyone to come together and get to mingle and hang out and strategize and organize writing sessions? It’s so fun. Nothing brings me greater joy than seeing my queer friends succeed.”

“I resent the fact that as a 34-year-old, I didn’t live in the David Geffen-Barry Diller era,” Keller said of his inspiration for the gathering. “It was the early days of Hollywood before any of these guys they were out, and nobody told their wife they were gay. They were the gay mafia — the ‘velvet mafia,’ so to speak — the people that ran the town.  And so the idea was: Can we get this community together that’s LGBTQ people in entertainment — music, TV and film — and have people get to know each other. This is a group of folks that makes up the top 40 charts.” (The fact that it also happened to be the birthday of Geffen’s ex-girlfriend, Cher, as well as the day of the Billboard Music Awards, was not lost on McLaughlin: “This is also Cher’s unofficial birthday party,” he proclaimed.)

“We get the short end of the stick from executives, so as creative people it’s important for us to stay unified and feel like a family,” said Abrahart, explaining his interest in serving as a cohost. “And resist the temptation to be competitive and to undercut each other because we already get that, anyway.”

“LGBTQ people are marginalized in the world and in the music business, so I think there’s even more love and support here,” agreed prolific songwriter Justin Tranter, former front man of the band Semi Precious Weapons, while gazing around the room. “People will say to me sometimes: ‘Are you nervous because people are saying that Brett McLaughlin — Leland — is the new Justin Tranter?’ I’ll be like: ‘Um, first of all, there’s room for all LGBTQ people to succeed, not just one. And second: That would be amazing if there were 20 massive LGBTQ songwriters at the top of the charts.’ Women experience that in our business, too. They’ll say, ‘This young woman is the new so-and-so.’ Because in people’s minds, there can only be one person of color killing it, only one woman killing it, only one LGBTQ person killing it. Which is obviously not the case.” (Acknowledging the lack of both racial and gender diversity at the brunch, Tranter, the self-proclaimed “social justice queen of the music industry,” pointed out that he had invited Shea Diamond, a trans artist of color, but she had to fly to New York for a last-minute event.)

“Right now what’s so amazing about the L.A. pop scene is that for the most part everyone collaborates,” added Tranter. “So if Ilsey [Juber, who happened to be the token female songwriter in attendance] has a big hit, the thought doesn’t cross my mind: ‘Oh, fuck, I should’ve been in that session.’ The thought crosses my mind of: ‘Oh, Ilsey had a huge hit. I’m probably going to write with her in a couple months.’ And then it only helps everybody. Back in the day, people had their camps, and they would work with only their camps. But we’re in a really collaborative time that dims the dark side of the competitive spirit.” In other words, even though Tom Campbell, longtime executive producer of “RuPaul’s Drag Race,” came to raise awareness about “Lip Sync for Your Life” songs being “on the endangered species list,” this particular gathering was remarkably free of shade, trash-talking and catfights.

But as the wine flowed freely, talk inevitably turned to homophobia in the industry. “Do I think it’s prevalent? Yeah,” said Abrahart. “Doing things like this helps it to be eradicated, but there’s definitely an underbelly. I had a number one in country music a year and half ago with Keith Urban. I’m not gonna lie — I was a little scared about the Nashville community because of what you hear.”

And Abrahart isn’t alone. “I even sometimes feel weird when I go into a session and I know it’s going to be straight producers and straight artists,” admitted Ferras Alqaisi, who wrote “Bon Appétit” for Katy Perry. “Fortunately, I’ve never experienced anything that made me feel uncomfortable, but it is out there. I hear stories.”

Justin Tranter, for one, is no stranger to homophobic experiences in the industry, which he claims to experience “every single day. Whether it’s passive or aggressive, there’s always something,” he told Variety. “I won’t get put in certain sessions because they’ll think: ‘Oh, he would never understand that.’ That sort of stuff happens all the time. When I was an artist, it was way worse. I’d be asked to wear less makeup, I’d be asked to not use same-sex pronouns, which is part of the reason I stopped doing [the band]. Because it was exhausting.”

“As far as blatant homophobia? No, I haven’t felt that,” added Sivan, who at the same time acknowledged that young artists feel pressure to stay in the closet. “I still think so, yeah,” he said. “We’re all pushing for change but we’ve got a really long way to go. So I don’t blame anyone for that [choice]. I would like to think that events like this are creating a safer space for everyone to be open about who they are, but I don’t know if we’re there yet.”

“Forcing people into the closet — or making them feel that they can’t be themselves without facing some sort of criticism — can be deadly, especially if you’re in the public eye,” added Parson James, who noted that he wears a cross earring in memory of George Michael. Earlier in his career, James had his own struggle with forcing open the closet door. “I was signed to a major label that was run by homosexual people and they discouraged me from saying too much about my sexuality,” recalled James. “That was soul-crushing just because you’re in a position of power to empower people like me — and people like those who are coming up and wanting to express themselves. It was a dark realization about the monetization and the product that you become when you’e in the industry.”

James paused and gazed around the restaurant. “There are pioneers here like Adam Lambert, who was just wholeheartedly himself and put his f—ing foot forward and didn’t hold back,” he said. “A lot of people bashed him for what he did, but to be honest, I think if people like him didn’t come around when the conversations were so mum, then we couldn’t have people like Troye or myself.”

The “American Idol” breakout star-turned-solo artist happened to be sitting alone with a forlorn look on his face while the brunch was winding down. Lambert likened his experience coming out to “being thrown into a pot of boiling water. It was a different time,” he told Variety. “When I was getting into music, it felt like an uphill battle. I mean, I don’t think I felt like anybody was blocking me or rejecting me because they actually had an issue with gay people,” Lambert said of his team at the record label. “But there has always been a concern — especially when I started — of: How do we connect this with a mainstream audience? A lot