‘Mediterraneo: The Law of the Sea’: A Dramatic Picture of Southern Europe’s Refugee Crisis

“Why don’t you come around for dinner?,” Barcelona lifeguard Gerard Casals (Dani Rovira) asks his boss, Oscar Camps (Eduard Fernández), at the beginning of “Mediterráneo: The Law of the Sea.”

“I’ve got other plans,” says Camps. Cut to his sitting on his sofa, eating a warmed-up microwave dinner watching TV on his laptop.

Then Camps catches a news report featuring the horrific images of 3-year-old Syrian toddler Alan Kurdi, his lifeless body lying on a Turkish beach, washed by waves, after the dingy he was in capsized.

Two days later, Oscar and Gerard are sitting on a beach in Lesbos, Greece, looking across at the hulking headlands of Turkey, just seven miles away across a strait that separates Asia from the European Union. “People are dying in the sea; we’re lifeguards,” he says. So begins Camps and Casals’ life mission, which becomes the now celebrated NGO Open Arms, an open sea migrant search and rescue mission that has saved some 60,000 lives since 2015.

Sold by Filmax, “Mediterráneo: The Law of the Sea” is a true-life origins story, how Camps and Casals encounter first opposition from locals and the Lesbos coast guards, cowed into inactivity by an E.U. diktat to dissuade Syrians fleeing from civil war in their homeland to try to make it into Europe.

It is also, however, Camps’ personal redemption tale: How a man estranged from his wife and daughter, a former alcoholic, finds his place in the world, respect and self-respect. Boasting a top-notch Spanish cast – Fernández (“Smoke & Mirrors”), Rovira (“Spanish Affair”), Anna Castillo (“The Olive Tree”), Sergi López (“Pan’s Labyrinth”), Àlex Monner (“The Invisible Line”) – “Mediterráneo” is produced by a pedigree posse of Barcelona-based companies – Lastor Media (“10,000 Km”), Fasten Films (“The Prosecutor, the President and the Spy”), Arcadia Motion Pictures (“Blancanieves”) and Cados Producciones – plus Greece’s Heretic.

Variety talked to director and storyline co-creator Marcel Barrena (“100 Meters”) after “Mediterráneo: Law of the Sea” made Spain’s three-title Oscar submission shortlist, and proved a hit at Rome’s MIA Market.

Following Oscar from his life in Barcelona to Lesbos creates a strong sense of empathy, which helps immerse the spectator in the film and feel all the more Oscar’s own sense of frustration and drive to save human lives at sea. Could you comment?

My intention was to show the birth of the heartbeat which compels people to do something great with their lives. To see the first of the steps. It’s impossible to save 60,000 lives all of a sudden. Everything began with wanting to save one. Then another. Like Oskar Schindler. How can you show you can change the world starting with small things? We can all do something, using our vocation, or our profession.

“Mediterráneo: The Law of the Sea” is in essence a family drama, about families that are separated or decimated by the sea, while others reunite, including Oscar and daughter Esther. Again, this also adds a human dimension to a global tragedy. Could you comment?

It’s the story of ruptured and reunited families. A struggle to keep our heads above water, to stay together. As families, as humankind. A parable showing we’re all equal, that we all feel the same basic things, despite our differences. Love is universal. This film is a story of love of humanity, of good people who do good things. If we understand that we all feel the same, empathy winds and labels disappear. If my family one day has to cross the sea, I hope there are no doubts in the minds of those who have to rescue them that they won’t let them die.

Oscar is the emotional axis of the film. He is also a man who hides his real feelings. In two crucial scenes – after he’s seen the Alan Kurdi news report, when everybody’s left for the airport and he’s alone in the car – you just train your camera on Eduard Fernández and let him capture Camps’ conflicting emotions…

Oscar opens up alone. He feels comfortable at sea, which is the medium that he controls, but on land he has to struggle with emotions and his errors. Like a doctor with his patients, he can get involved emotionally with the refugees but, on his own, the cracks in his heart begin to open up. These two sequences form the base of the character. The last scene was the fist that I wrote. I wanted to show his pain, his weakness, which is basically being human. A close-up of Eduard Fernández transmits highly complex worlds. He understood Oscar from the beginning. I’ve never seen an actor like him.

Could you explain your main guidelines when directing “Mediterráneo: The Law of the Sea?”

The basic instruction for cast and crew was that this wasn’t our film. We had to tell the story with the greatest realism possible, counting on more than 1,000 refugees who were not actors. That was the base for treating the subject with the maximum of dignity and respect; and the actors – Spanish, Greek, Syrian – were everything. We had to capture emotion through them, not techniques. They would give us the truth, so it was an all-in realism but, when it came to the acting, always within a framework of trying to make an open film for the public. That balance wasn’t easy. 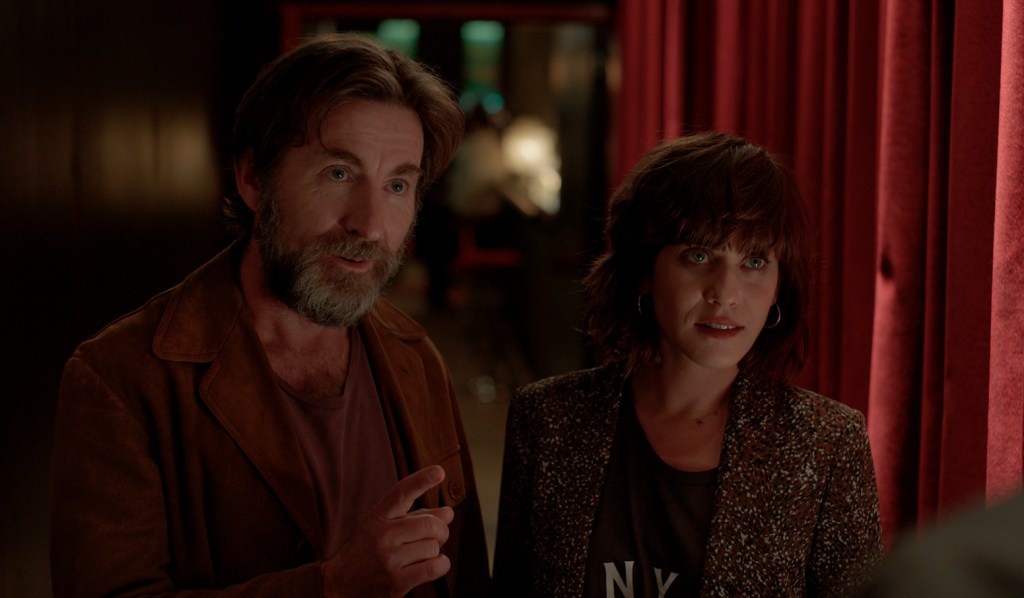 Barcelona-based film-TV studio Filmax has acquired international sales rights to Cesc Gay’s new comedy “Stories Not to Be Told,” which is currently shooting.

Filmax will also handle Spanish distribution to the latest outing from Gay, whose 2021 Goya Awards contender “The People Upstairs,” has sold to major territories in Europe and North America.

Written by Gay and regular co-scribe Tomás Aragay “(“In The City,” “Truman”), Gay’s ninth feature is produced by Marta Esteban at Imposible Films and backed by Spanish pubcaster TVE, Movistar Plus and Catalan pubcaster TVC.
The film takes in five comedic tales that criss-cross at random and focus on the emotions of the main characters, Gay said, adding that the stories are “told with a lot of rhythm and action and characterized by acerbic, yet tongue-in-cheek tone, as the title suggests.”

The short stories are sparked by a chance meeting, the suffering of public humiliation or an absurd decision.
To dare, men have dominated Gay’s movies. This time round, women take center stage, though “there’s still nothing which is as much fun to play around with than men’s pathetic inability to deal with their emotions,” Gay said.
“The People Upstairs” will close new sales and remake deals in the coming months, said Iván Díaz, Filmax head of international.

“It’s always an absolute pleasure for us to work with Cesc, one of the best Spanish directors and truly the voice of his generation. He knows better than anyone how to portray the best and worst of the human soul,” Díaz said.

“Stories Not to Be Told” features a numerous but top-notch Spanish cast including Alex Brendemühl (Nicole Garcia ‘s “From the Land of the Moon”), José Coronado (Enrique Urbizu’s “No Rest for the Wicked”), Belén Cuesta (“The People Upstairs”), Chino Darín (Alvaro Brechner’s “A Twelve-Year Night”), Verónica Echegui (TV series “Trust”) and Maribel Verdú (Guillermo del Toro’s “Pan’s Labyrinth”) among many others.

“One of Cesc’s greatest gifts is directing actors and really helping them to come alive in character, while at the same time getting the audience to empathize with them,” said Marta Esteban, Cesc Gay’s longtime producer.
She added: “We are really privileged to have such an amazing cast of outstanding actors in this film.”

Filmax Acquires International on ‘The Curse of the Handsome Man’ (EXCLUSIVE)

“This con-man romantic comedy is not only funny, its elegance is reminiscent of a Woody Allen film,” head of international sales at Filmax Ivan Díaz enthused.

Galicia-born but living in Buenos Aires Docampo Feijó (“The Perfect Husband”) also made “Crazy Loves” with Barcelona-based Arcadia. The story follows Humberto, a lifelong scam-artist and seducer, now living a quiet life in Madrid after having served time in prison for a scam that costs him his relationship with his son Jorge. After suffering a robbery in the jewelry where he works, Jorge, an honest, hardworking man, finds himself with no other choice than to ask his estranged father for help.

“‘The Curse of the Handsome Man’ is an elegant comedy tackling various themes, such as selfishness, pride, the corruptive power of easy money and honesty being the backbone of a father-son relationship,” said producer Ángel Durández at Arcadia Motion Pictures. “The audience will be laughing and second-guessing from start to finish.”

Currently in post, “The Curse of the Handsome Man” will also be distributed in Spain by Filmax.