How to Watch the 2020 Emmy Nominations

The 72nd annual Primetime Emmy Awards nominations will be revealed on Tuesday, dropping the prestigious list of names that will compete for the Television Academy’s top honors. And, as with many pandemic-era announcements, TV buffs can watch nominations from the comfort of their own homes.

The announcement will take place over a live-stream in accordance with health and safety guidelines. The ceremony, hosted by “Saturday Night Live” star Leslie Jones, will start at 8:30 a.m. PT/11:30 a.m. ET and be available on the Emmys website, Facebook and YouTube. Laverne Cox, Tatiana Maslany, Josh Gad and Television Academy chairman and CEO Frank Scherma will also present the nominations.

The eligibility period spanned from June 2019 to the end of May 2020, meaning many of the nominated shows will have finished shooting before the COVID-19 pandemic shut down production. But even with the actual award show, Sept. 20 on ABC, not inviting nominees to an in-person event or official after party, the competition to secure a nomination has not died down. 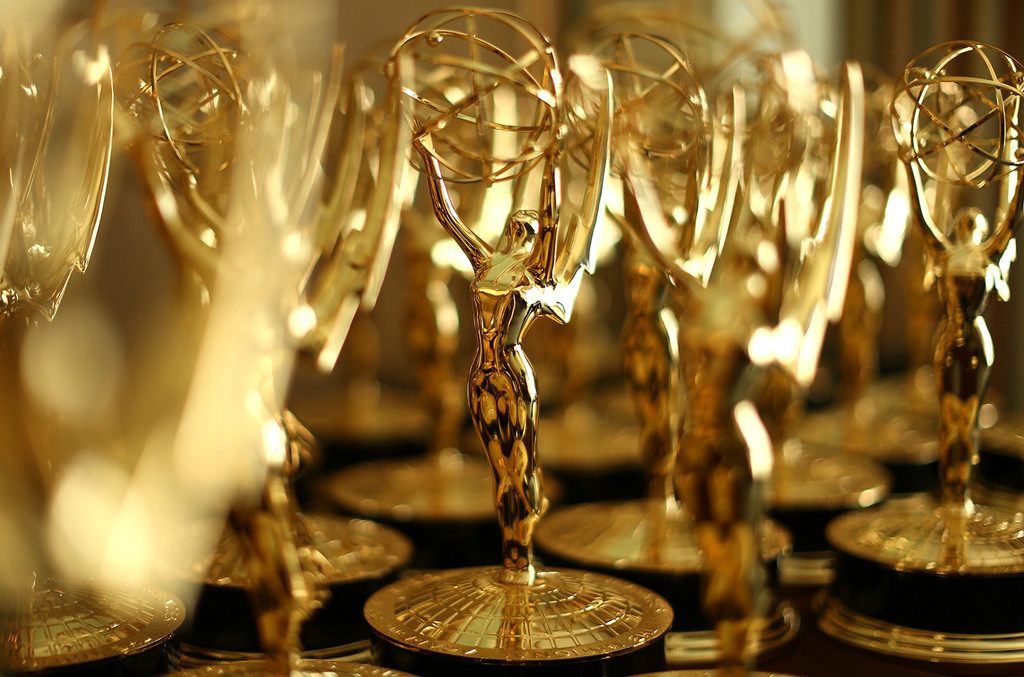 The trend at award shows these days as far as the number of nominees in marquee categories is go big or go home.

The Emmy Awards bucked 60 years of tradition when they announced the nominees for the 61st Primetime Emmy Awards on July 16, 2009. They unveiled seven nominees for each of what are widely seen as their top awards—outstanding comedy series and outstanding drama series. They had usually had five nominees in each of these categories.

The Grammys finally joined the party when they announced the nominees for the 61st annual Grammy Awards on Dec 7, 2018. They went with eight nominees for each of their big four awards—album, record and song of the year plus best new artist. They had generally had five nominees in each of these categories.

The Tonys have also tinkered with the number of nominees in their top categories in recent years, but they had five nominees (a lot for them, remember) for best musical at the 2019 Tonys (their most recent show, due to COVID-19) and five nominees for best play at both the 2018 and 2019 shows.

The Grammys are planning to hold at eight nominees in each of their big four categories for the third consecutive year when the nominations for the 63rd annual Grammy Awards are announced later this year.

The move at all four of these awards shows to expand the field of nominees for their top awards is linked to the effort in the past decade to increase diversity and expand the types of projects that tend to get nominated.

Sid Ganis, then president of the Academy of Motion Picture Arts & Sciences, made that point when the Oscars’ decision to bump up the number of best picture finalists to 10 was first announced on June 24, 2009. “Having 10 best picture nominees is going to allow academy voters to recognize and include some of the fantastic movies that often show up in the other Oscar categories but have been squeezed out of the race for the top prize. I can’t wait to see what that list of 10 looks like when the nominees are announced in February.”

There has been some internal push-pull at the Emmys, Oscars and Tonys to determine just the right number of nominees. Bruce Davis, then executive director at motion picture academy, said in 2011, “A best picture nomination should be an indication of extraordinary merit. If there are only eight pictures that truly earn that honor in a given year, we shouldn’t feel an obligation to round out the number.”

Davis’ reservations notwithstanding, the trend at award shows these days as far as the number of nominees in marquee categories is go big or go home.

You will be redirected back to your article in seconds

The biggest stars in television stepped out on the Emmy purple carpet on Sunday night in a stunning display of gowns and vivacious looks.

Fashion expert Brooke Jaffe, who visited Variety’s set after the show, picked some of her favorite dresses of the night, which included Zendaya’s truly enviable Vera number and Mandy Moore in custom Brandon Maxwell.

Watch the video above.