Viola Davis, Lupita Nyong’o and More Pay Tribute to Chadwick Boseman One Year After His Death 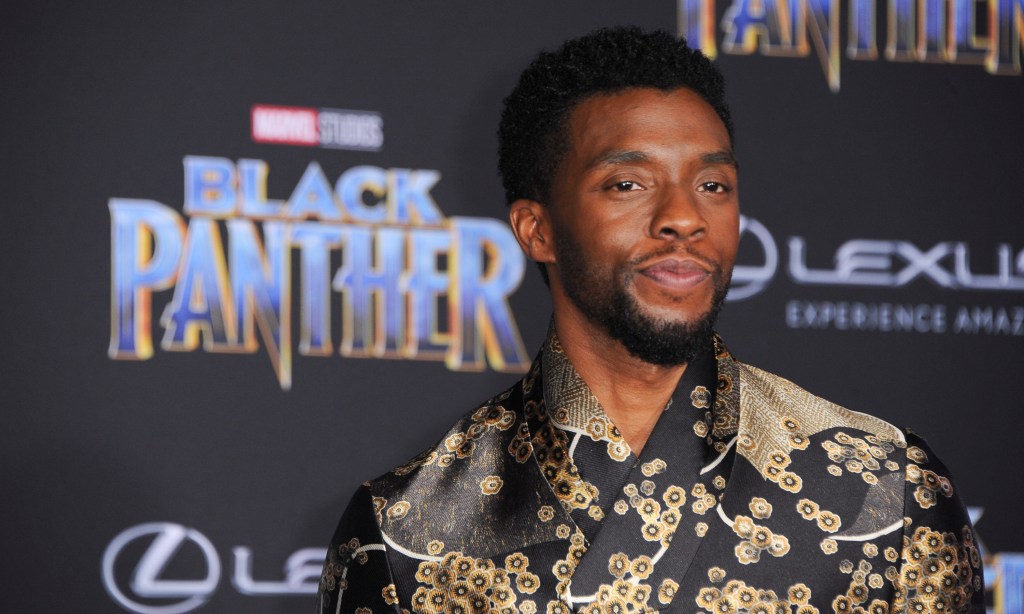 On the one-year anniversary of Chadwick Boseman’s death, several of his friends, collaborators and admirers took to social media to honor him and his work.

Boseman, famous for playing the titular role in Marvel’s “Black Panther” among many other films, died of colon cancer at age 43 on Aug. 28, 2020. His passing came as a shock to almost everyone — he had been diagnosed in 2016, but kept his illness private and continued to work. Only his family and a small group of others were aware as he underwent surgeries and chemotherapy; despite the physically demanding nature of many of his last roles, even Ryan Coogler (director of “Black Panther”) and Spike Lee (director of “Da 5 Bloods”) have said publicly that they were completely surprised by the news.

Lupita Nyong’o, who played Nakia opposite Boseman in “Black Panther,” reflected on Boseman’s silent presence as well as his laughter, sharing a photo of the two of them on Twitter. “I did not know that I could miss both his laughter and his silence in equal measure,” Nyong’o wrote. “I do. I do… One year after his passing, the memory of @chadwickboseman remains this alive in me.”

I did not know that I could miss both his laughter and his silence in equal measure. I do. I do… One year after his passing, the memory of @chadwickboseman remains this alive in me. pic.twitter.com/4y7H7Bhtpo

The death of Chadwick Boseman boggles the mind. Seemingly out of nowhere, he appeared in a flash, bursting on the scene with light and power and youth and strength and love and LIFE. And then he was gone. https://t.co/lugDdyTeaU

Michael B. Jordan, another “Black Panther” co-star, said he knows Boseman is “still with us.”

Viola Davis played Ma Rainey in “Ma Rainey’s Black Bottom,” which was Boseman’s last film. Davis shared a photo from the film on Instagram, writing: “This day last year you left this earth and us. Man you are missed!!!”

Josh Gad re-shared his tweet from the day of Boseman’s death last year, which included screenshots of text messages Boseman had sent Gad. “Not a day goes by one year later, where it doesn’t still hurt,” Gad wrote. “But in the darkness, he always reminds us of the light. He was an angel on this planet and is now a Saint on high. Love and miss you more than ever… forever.”

Not a day goes by one year later, where it doesn’t still hurt. But in the darkness, he always reminds us of the light. He was an angel on this planet and is now a Saint on high. Love you and miss you more than ever… forever. #ChadwickBoseman https://t.co/uHOa8jLEKq

Mark Ruffalo, who plays the Hulk in several Marvel films, tweeted a photo of Boseman noting how quickly the year since his death has gone by.

Can’t believe how fast time has gone. Thinking of you today, @chadwickboseman.

Kerry Washington thanked Boseman for “watching over us.”

One year without Chadwick Boseman. Thank you for watching over us. We miss you King. 🖤🙏🏾 pic.twitter.com/lJZipbAR9H

Honoring our friend, our inspiration and our King, Chadwick Boseman. pic.twitter.com/hpgocpe24p

Kode Abdo, the graphic artist behind several Marvel films’ official posters who is better known as Bosslogic, said that it “hurt” to hear Boseman’s voice in Marvel’s new animated series “What If?”

A year ago we lost a great one, Chadwick, hearing his voice in @whatifofficial hurt, miss him @chadwickboseman ♥️💔 pic.twitter.com/yfR1cITtyT

The SportsCenter Twitter account highlighted Boseman’s performance as baseball player Jackie Robinson in the biopic “42” and posted photos of different athletes performing the “Wakanda Forever” salute from “Black Panther” and one wearing a “Black Panther” mask.

Chadwick Boseman died from cancer one year ago at the age of 43.

From playing Jackie Robinson in “42,” to his iconic role as T’Challa in “Black Panther,” he left a lasting impact on sports and culture. pic.twitter.com/sfNQhDqG9x

Quentin James, founder of The Collective PAC, which focuses on getting Black candidates elected to public office, shared an Instagram post honoring Boseman and their shared South Carolinian backgrounds.

Netflix has delayed a virtual preview event that had been scheduled for Monday for “Ma Rainey’s Black Bottom” following the tragic death on Friday of Chadwick Boseman, who co-stars in the movie alongside Viola Davis and Colman Domingo.

Boseman died Friday of colon cancer, a diagnosis that he kept entirely private, which magnified the shock of his passing at the age of 43. Boseman was a major rising star who broke screen barriers for Black actors in 2018 with his lead role in the Marvel superhero movie “Black Panther.”

The acclaimed August Wilson play “Ma Rainey’s Black Bottom,” set in the late 1920s around the pioneering “queen of the blues” (played by Davis) and her band members, is destined to be one of Boseman’s last screen performances.

He plays Levee, a talented but troubled trumpet player who has an eye for Rainey’s girlfriend and is determined to stake his own claim on the music industry. Directed by George C. Wolfe, the Netflix adaptation of Wilson’s work is produced by Denzel Washington and Escape Artists.

“We are heartbroken over today’s news of the passing of Chadwick Boseman, a ‘true fighter’ as his family called him in their poignant tribute,” Netflix said in a statement. “This is an incredible loss. We are canceling Monday’s preview event of ‘Ma Rainey’s Black Bottom.’ Please join us in sending your thoughts to his family and loved ones.”

Ted Sarandos, Netflix co-CEO and chief content officer, hailed Boseman as “a superhero on screen and in life” and marveled at his work ethic.

“It’s impossible to imagine working at the level he has while valiantly battling his illness. His legacy as a person and an artist will inspire millions. Our thoughts and prayers are with him and his family during this difficult time,” Sarandos said in a statement.

In a tweet  Davis said, “Chadwick…no words to express my devastation of losing you. Your talent, your spirit, your heart, your authenticity…It was an honor working beside you, getting to know you….Rest well prince…May flights of angels sing thee to thy heavenly rest. I love you!”

Washington offered words of sympathy as well in a statement. “He was a gentle soul and a brilliant artist who will stay with us for eternity through his iconic performances over his short yet illustrious career. God bless Chadwick Boseman,” he said.

Boseman had not been scheduled to appear at Monday’s event. Wolfe and Davis were to have participated in a Q&A to celebrate the movie and the life and work of Wilson. The Pulitzer Prize-winning playwright, who died in 2005 at age 60, is known for such works as “Fences” and “The Piano Lesson” that were highly praised as honest and sensitive portrayals of Black life in America in the 20th century.

“Ma Rainey’s Black Bottom” had been scheduled for release later this year. Filming had been completed for Boseman, according to the actor’s family. There was no immediate word from Netflix about whether Boseman’s death would impact its plans for the release.

The play won the 1985 New York Drama Critics’ Circle Award for Best American Play. The story revolves around Rainey’s efforts to make a record at studio in Chicago in 1927. The drama heightens as tensions boil between the singer, her white agent and producer and her bandmates.