10 Takeaways From the Variety Entertainment Summit: A CES Partner Program 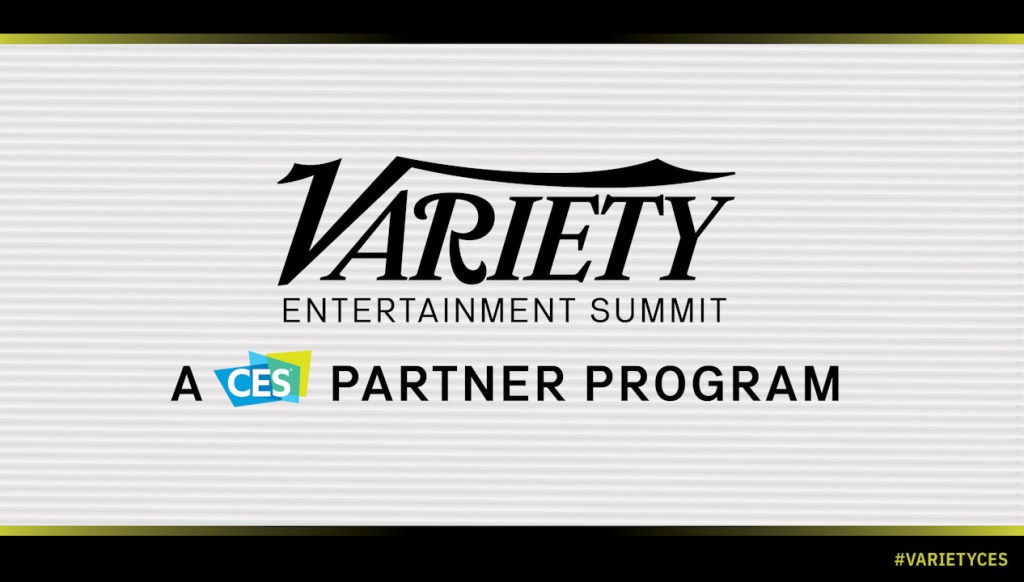 The summit covered new and emerging technologies and innovation techniques that are changing the landscape of film, TV, gaming and more. Topics included the rising importance of streaming content, fan-first media and an increased focus on consumer culture amid the coronavirus pandemic. Below are 10 takeaways pulled from some of the event’s conversations.

Resiliency is key when pivoting brand messages due to the pandemic

At the Brands – Culture Leaders Across Media conversation, Megan Wahtera, senior vice president of content marketing and media at Fox Entertainment, said the network’s marketing team learned early on that its audience was a “moving target,” with shorter attention spans and greater disruption as a result of the pandemic.

While the team had to throw out its early marketing plans, such as large events and other traditional advertising models, it simultaneously worked to capitalize on audience targeting and increasing its reach on digital platforms. As a result of the regrouping, the network was also able to pilot original programming, such as “The Masked Singer” and “iHeart Living Room Concert,” beginning in May.

“I think resiliency, from the marketing standpoint, to media, to the way that we pivoted in terms of production, it was reflective of the ability, as Fox is a small company, to just be OK with moving, and we just learned, really quickly, that we needed to do that, and fast,” Wahtera said. “People were quickly put on Zoom, who weren’t in the boardroom conference rooms, just to get things together, and they rose as natural leaders, and we might not have seen them elsewise.”

Brands must form real connections with their consumers

In addition to pivoting to digital-only marketing, brands must keep in tune with the growing purchasing power of young adults, particularly Gen-Z, said Erik Jensen, vice president of brand engagement at Denny’s.

Jensen said Denny’s aims to spread its message to younger audiences and find common ground between them. One such avenue is education, which Denny’s emphasizes through its Hungry for Education scholarship program and annual HBCU tour.

“In the end, I think we all realize there’s no silver bullet to make these deep connections with any audience. But, for us, I guess if we’re attempting to make a difference in the local community, and maybe just have a little bit of fun along the way together, it’s probably not a bad recipe to make that connection,” Jensen said.

Media fandoms are here to stay

During the Fan-First Media panel, creative leaders at streaming services and media networks discussed the importance of growing fanbases for their platforms in a time during which connectedness is hard to come by.

Shane Rahmani, senior vice president and general manager of new media at Marvel Entertainment, said media fanbases are just as strong as sports fandoms. Additionally, iconic and ubiquitous media, such as Marvel content, allow fans a chance to escape into fantasy and connect with their loved ones over shared interests.

“For us, we talk about, ‘What are the fundamental things that people connect to about Marvel content,’ or something that we call hero culture? And some of this is pretty obvious: the escapism, the aspirational nature of superheroes, but also that cross-generational and family connectedness that can come from being a part of this fandom, I think is where the benefits to society come in,” Rahmani said.

On niche audiences: It’s better to go “an inch wide and a mile deep”

A common misconception is that niche shows geared toward specific audiences will not fare as well as more universal programs, but Lucinda Martinez, executive vice president of HBO and HBO Max brand marketing, says fan marketing is more focused on quality of connection rather than quantity.

“Insecure,” from creator and star Issa Rae, is a show specifically tailored to Black women and has found huge success in many communities. Martinez said when the series resumed for its fourth season, she, Rae and HBO had to pivot in their fan messaging amid the pandemic and Black Lives Matter protests following George Floyd’s death at the hands of Minneapolis police.

“We realize, here we are about to launch a comedy and we had to be really intentional about what that meant and how to do that,” Martinez said. “And we realized really quickly that in the midst of a lot of Black trauma, you sometimes need Black joy and Black healing at that same time. And we knew that if we marketed that show correctly, we brought it to the world correctly and Issa was at the center of that. And the entire cast, we sat down and we had to rework the marketing to make sure that it was intentional and that it not only reached that audience but it met them where they were.”

As a result, Le Goy said a large aspect of Sony’s business model is staking great partnerships as a way of distributing stories to their audiences, wherever they are. Because Sony does not have a streaming platform, it is able to partner with all of the major services, offering entertainment on Amazon, HBO Max, Netflix and Hulu. Currently, Sony holds one of the top spots on Prime Video with its dark superhero series “The Boys.”

Audiences are unique to each platform

Previously, entertainment companies would focus on creating a singular story and syndicating it out to a variety of platforms, but Agnes Chu, president of Conde Nast Entertainment, told roundtable host and Variety Co-Editor-in-Chief Cynthia Littleton that audiences have since evolved to be particular to each platform, whether that be Twitch or TikTok.

“Everything is a little bit specialized for those platforms, and it makes for a really vibrant storytelling ecosystem, and it’s been really fun just for Conde Nast Entertainment to be really thinking about that multiplatform programming strategy, one that takes advantage of the fact that there’s so many ways to entertain an audience, and being really thoughtful and strategic about how to do that with the partners that we have,” Chu said.

In addition to the unique consumer base on each platform, Chu said each of the Conde Nast brands drives viewership from different facets of the brand, with some being YouTube-led and others pulling audiences from their websites.

Actors becoming involved in producing is important for women

Kaley Cuoco, star and executive producer of HBO’s “The Flight Attendant,” spoke with Variety Deputy Awards and Features Editor Jenelle Riley about the importance of women finding their voices on and off screen.

“I do think if you have that opportunity to get in there, especially women right now, this is our time,” Cuoco said. “This is our world now. And TV is hot. Dreaming is hot. And it’s great to be able to have your own voice and your own opinion.”

Cuoco is a first-time producer on the show and said the process has been grueling yet satisfying and that she has been learning more about the hands-on creation of a series as she works with her team.

COVID-19 has evolved the ecommerce ecosystem

During the Tech Heroes of the Pandemic conversation, Marvin Chow, vice president of marketing at Google, said the ecommerce field has become more democratized as a result of the pandemic, with smaller shops and hobbyists starting their own “side hustles.”

“I think that the question is going to be what is the shape of ecommerce are to look like and does it stick? … As the economy starts to change, the role of ecommerce can play for companies but also just for everyday people is going to be really interesting,” Chow said.

Additionally, ecommerce has changed through the increase in online grocery shopping, which was new in 2020 as people were hesitant to leave their homes and others were unable to do so. Chow said that given the behavioral shifts spurred by the pandemic, businesses will need to shift to new models in order to succeed.

The pandemic has accelerated emerging technologies

Chow continued that the pandemic has brought a boom in technologies that were already in development prior to the coronavirus. From a surge in consumer interaction with augmented reality to increased Google searches on the availability of telemedicine, people have been looking to satisfy various needs during lockdown.

“We’re indexing different types of telemedicine providers that you can reach online because I think these are going to be more and more important,” Chow said. “And this is an industry that classically has been mired by a lot of regulation and HIPAA compliance, which is great, but hasn’t really evolved to meet the demands of a younger generation who maybe doesn’t want to go to the doctor all the time or can’t go to the doctor all the time. So that’s one area beyond pure work distribution that we think is going to be really interesting moving ahead.”

Consumers are willing to trade ads for lower price

With the boom in streaming platforms, which oftentimes have various ad-based subscription models, marketers have had to pivot to navigating the ecosystem of connected television advertising. At the Growing Business of Connected TV panel, Brad Wilson, executive vice president of growth and revenue at WarnerMedia, said models indicate consumers are likely to choose exposure to ads in exchange for lower pricing.

“The only thing I’d say is being a part of WarnerMedia, we have a half century of experience of partnering with brands and aligning their messaging with great storytelling to make sure that their message is breaking through,” Wilson said. “It’s a natural fit for us as a company to do this. And then lastly, what I’d suggest is, again, what I’d just shared that agencies desire this. They’re coming to us, asking for us, ‘How can we get involved with your great, great story?’ That’s a bit of the why.”

What normally happens in Vegas each year in January won’t be in Vegas after all.

CES 2021, scheduled to run Jan. 6-9, 2011, will not be held in Las Vegas, the Consumer Technology Association announced. It’s the latest event canceled because of the coronavirus pandemic, which has had a resurgence in the U.S. the past two months. Instead, the trade group said, next year’s consumer electronics show will be presented as “an all-digital experience” on the same dates.

As recently as late June, the trade group had been planning to hold a scaled-down version of the confab in Sin City in January 2021. Now, CTA said, it plans to return to Las Vegas for CES 2022, “combining the best elements of a physical and digital show.”

“Amid the pandemic and growing global health concerns about the spread of COVID-19, it’s just not possible to safely convene tens of thousands of people in Las Vegas in early January 2021 to meet and do business in person,” CTA president/CEO Gary Shapiro said in a statement.

In recent years, Hollywood execs and media and entertainment companies have increasingly flocked to CES’s C Space as a hub for meetings and events amid the sprawling trade show. Now, like nearly every industry event since mid-March, CES 2021 will happen in cyberspace.

CTA said it would announce programming details for the virtual CES 2021 later. The trade association said the digital convention and expo will be a “highly personalized experience” and is set to include talks from “tech innovators,” news announcements and product demos.

Even when CTA had been planning to go ahead with the in-person running of CES 2021 — with safety protocols — the group had acknowledged that it would be “a smaller show than it has been in recent years. Fewer people will be able to travel to the United States and to Las Vegas, and many of our smaller and international exhibitors will not be able to travel to Las Vegas to exhibit this year.”