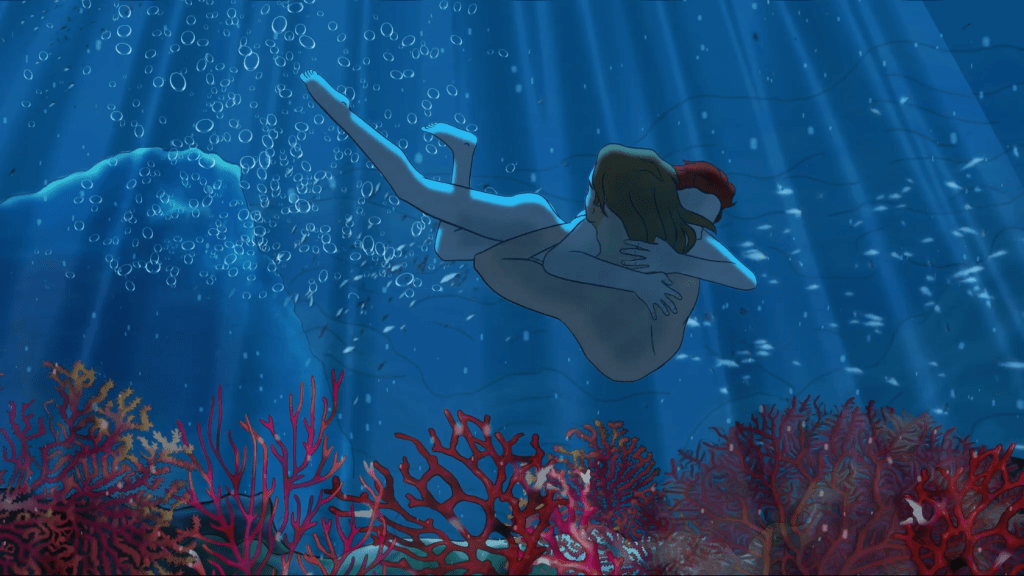 Created by multi-prized Spanish animation director Maria Trenor Colomer, winner of a Berlinale Teddy Award for the 2004 short “With What Shall I Wash It?” “Rock Bottom” is lead produced by the Barcelona-based Alba Sotorra production company.

“Rock Bottom” was confirmed this Tuesday as one of the 57 projects set to be pitched at next March’s 24th Cartoon Movie, Europe’s leading animated movie co-production forum.

Created, written and to be directed by Trenor, the 2D feature with rotoscoping turns on the love story of Bob and Alif, two artists caught in the creative whirlwind of the early ‘70s. It is inspired by the early and extraordinary lives of ex-Soft Machine vocalist and drummer Robert Wyatt whose acclaimed 1973 art rock album gives its title to Trenor’s movie, and lyricist and illustrator Alfreda Benge.

The album was largely composed but then re-conceived with new lyrics after Wyatt fell from a fourth-floor window of a flat in 1973 in a accident which was to leave him paralysed from the waist down.

Songs from “Rock Bottom” and Wyatt’s early ‘70s group Matching Mole will feature on the soundtrack of the film. Though by no means biographical, “Rock Bottom” will also reflect via Bob and Alif’s story on Wyatt’s own time in Deia, Mallorca, where he was taken in by “I, Claudius” writer Robert Graves.

“Rock Bottom” is written by Colomer. Joaquín Ojeda, a co-writer on “With What Shall I Wash It?” serves as assistant director.

The project was introduced to the international animation industry at Cartoon Movie in the forum’s As Concept section in a memorable presentation where Trenor sang one of the songs from Wyatt’s “Rock Bottom” album before talking about her project. It has tapped production incentives from both Spain’s ICAA film agency and Catalonia’s ICEC.

“This is a genuine film, based in realism but using colors and textures to create an ambience and world which is very personal to Maria though very faithful to the era,”  Sotorra told Variety.

Claude Barras’ “Savages!,” Alain Gagnol and Jean-Loup Felicioli’s “Tales of the Hedgehog” and Peter Dodd’s “King of the Swamp” are among the sixty-six projects –a 10% increase from last year– to be pitched at the 21st Cartoon Movie, Europe’s leading animated movie co-production event, which will take place in the French port city of Bordeaux, kicking off March 5.

Projects will be offered to buyers and potential partners in different stages: 28 in concept, 24 in development, seven in production and seven sneak previews.

“Savages!” is the much-awaited sophomore project from Switzerland’s Barras, following his multi-awarded and foreign-language Oscar nominated “My Life as a Zucchini.” A stop-motion feature, “Savages!” is produced by France’s Prélude in co-production with Switzerland’s Helium Films. It tells the story of the friendship between 11-year-old Kéria and a Bornean orangutan baby. They will be forced to flee from Kéria’s father who wants to give the animal to his boss, an executive at a lumber company, as a present.

Produced by France’s Parmi les Lucioles Films, “Tales of the Hedgehog” – from Gagnol and Felicioli, the pair behind Oscar-nominated “A Cat in Paris” – is “a tale of our time unfolding between childhood and the world of adults” and “a suspenseful social fable,” according to Gagnol.

The U.K.’s“King of the Swamp, ” produced by Mummysboy, will be the second feature from filmmaker Peter Dodd after “Freddy Frogface.” He also co-directed Netflix’s “Watership Down,” was animation director on “Ethel & Ernest” and has worked with both Wes Anderson and Tim Burton. The feature tells the story of a fairy named Sam and Daisy, a young girl, who discover a plot to replace humans as the dominant species.

At 22, France is the country with the largest number of projects at this year’s Cartoon Movie, followed by Germany (8); Spain and Ireland (4); Belgium, Italy and U.K. (3); and Denmark, Latvia and Romania (2).

Two thirds (44) of this year’s projects are considered family comedies, while fourteen (21%) target young adults or adults and focus on historical or political themes.

The 66 project line-up also includes France’s “Blind Willow, Sleeping Woman,” a Haruki Murakami adaptation directed by composer-director Pierre Földes, in which a lost cat, a talking frog, a schizophrenic accountant and a bank employee try to find meaning in their lives. Spain’s “Lali Across the Multiverse,” the first incursion into animation from Barcelona-based Mediapro –one of the biggest independent media companies in Europe– is directed by Joaquin Reyes, Miguel Esteban & Manuel Sicilia (“The Missing Lynx”), and tells the story of an imaginative and quirky girl moving to an unexpected new home.

This year Cartoon Movie will shine a spotlight on the Netherlands. The Dutch animation industry will pitch six projects plus another three already in co-production.

Other key projects at Cartoon Movie take in France’s “Terra Willy,” by Eric Tosti (“The Jungle Bunch: The Movie”), France’s “Saba,” from Alexis Ducord, co-director of “Zombillenium,” and Benjamin Mossoubre,; and Italy’s “The Walking Liberty,” by Alessandro Rak (“The Art of Happiness”).

“The Ballad of Yaya” (France)

“Yuku and The Flower of The Himalayas,” Arnaud Demuynck & Remi Durin (Belgium, France)

“The Highest Mountain of Books in the World” (United Kingdom)