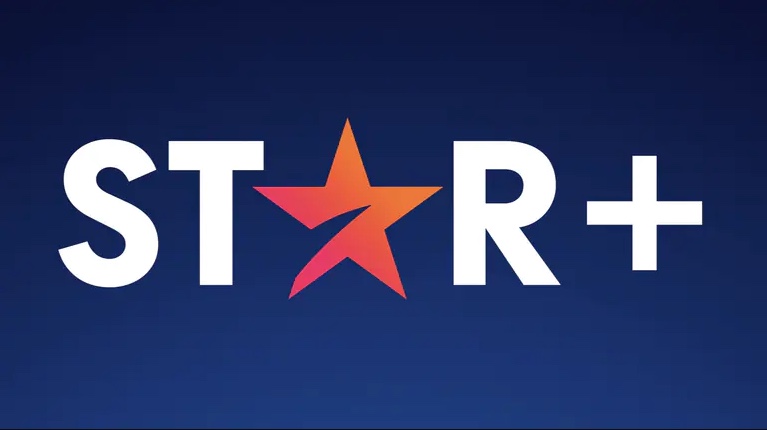 Starz has succeeded in blocking Disney from launching a streaming service in Brazil under the name “Star Plus.”

A judge in Sao Paolo granted a temporary restraining order on Friday, holding that Disney cannot use the brand name when the service debuts on Aug. 31.

Disney announced in May that it would launch the new service in most Latin American countries, with offerings including ESPN content along with movies and TV shows from Disney’s various entities.

Starz has filed complaints in Mexico, Brazil and Argentina, arguing that the “Star Plus” name infringes on its trademarks and will cause customer confusion. The ruling in Brazil is the first to enjoin Disney from using the name.

“The plaintiff proved to have priority of use and registration in Brazil over the word mark ‘STARZPLAY,’ including for identifying entertainment services, which grants it the right to protect its reputation and material integrity,” wrote Judge Jorge Tosta.

Starz, a Lionsgate company, operates the Starzplay streaming service in international territories. It launched in Brazil in 2019, and trademarked the term “STARZPLAY.”

“Obviously, a consumer, when referring to the streaming services offered by the parties, will not do so by saying that he watched a movie through ‘STARZPLAY’ or ‘STARPLUS,’ but simply through ‘STAR,’” Tosta wrote.

Tosta’s ruling overturned a lower court, which had denied the injunction. The order is in place pending the outcome of the case.

An Argentinian court denied Starz’s complaint, and Mexico has yet to rule on the issue.

There’s a joke among Brazilians that the best thing about the city of Niteroi is its view of Rio de Janeiro. Not anymore. While in Los Angeles last week, Niteroi mayor Rodrigo Neves and Brazilian Minister of Culture Sérgio Sá Leitão unveiled ambitious plans to convert the Guanabara Bay city into an international hub for film, television and new media production.

Speaking at a reception hosted by Ambassador Márcia Loureiro, Consul General of Brazil in Los Angeles, and the Brazil– California Chamber of Commerce, Neves and Sa Leitão announced the following measures:

● The creation of a new film/TV/digital investment fund of around $1.6 million (R$6 million reales) in 2018, through a matching fund partnership between the city of Niterói and national film agency, Ancine; upping the fund in 2019 to $5.2 million (R$20 million reales)

● A tax incentive through the reduction of the municipal service tax applicable to production services;

● the launch of the Niterói Film Commission;

● a permanent and continuous program for residence, exchange of professors and researchers for project development, script development and other training courses.

● and lastly, the hosting of the 4th BRICS International Film Festival in 2019.

“We’re giving full support to Niteroi’s effort, co-investing with the City Hall through the Ministry of Culture and Ancine,” said Minister Sá Leitao who pointed out in his presentation that the creative industries comprise 2.6% of Brazil’s GDP, generating over one million direct jobs and more than $3.5 billion in tax revenues.

The audiovisual sector alone generates an income of $6.34 billion, 94,972 jobs and more than $550 million in tax revenues. Further growth is projected despite the economic crisis buffeting Brazil at present.

“Cinema has always had a great historical and cultural impact on Niterói” said Neves, adding: “It was no accident that the first film course in the country was created in Niterói 50 years ago in the Federal University of Niterói.”

Neves pointed out that half the city is designated as environmental protection areas. “Our landscapes include the natural beauty of the Guanabara Bay, magnificent beaches, parks, historic buildings, and a major complex of architectural works by the renowned Oscar Niemeyer, including one of the world´s most famous museums, the Modern Art Museum (MAC), situated just 15 Km [9.3 miles] from Rio de Janeiro,” he said.

“Last year we created a community police project known as “Niterói Present” to enhance control and prevent small-scale thefts in high-density areas. At present the project covers five areas and is being extended to other neighborhoods,” said Neves.

Niterói has served as locations for many Brazilian films and in fact, cars raced across the bridge linking it to Rio in Justin Lin’s 2011 “Fast Five.”

The first film museum in Brazil will be installed in an existing Oscar Niemeyer-designed building in the city center. “At this time, we are preparing the curatorship and display structure of the museum which will offer new experiences and sensations to visitors, as well as house works dedicated to community integration and education,” said Neves.

“While many cities, and Brazil in general, face economic difficulties, Niterói is forging ahead to invest in the film and television industry now to ensure its future leadership and to realize the potential of the audiovisual industry to leverage the economic development of our city,” Neves said.

Sá Leitão concurred: “The new package of measures will be instrumental in strengthening Niteroi as a national and international audiovisual model.”

Brazilian Gaming: The Rise of an Industry Through the Eyes of Its Drivers

ANNECY, France — Brazil has long been a powerhouse in Latin American video game production, and home to many of South America’s largest and most important festivals, conventions and markets for the industry. It’s the world’s 13th largest consumer market in terms of game purchases, and in the middle of a period which is seeing exponential growth in production.

Not bad for a country that once had a black market for pirated games due to a ban that was only lifted in the ‘90s.

While the game design and animation often occupy similar spaces in economic models and cultural perception, in Brazil this hasn’t always been the case. For years after improvements were made to government programs which support domestic film and TV production, the country’s gaming industry was left to fend for itself.

That paradigm is changing however. This year the Brazilian Audiovisual Sector Fund has dedicated R$ 100 million ($27 million) to the development, production and publishing of video games. Funds will also be available to aid in accelerating the development of companies working in these fields, as well as being invested in training, education, festivals and markets. An additional R$ 10 million reais is specifically devoted to the newer fields of virtual and augmented reality.

Much like animation for film and TV, the gaming industry is labor intensive, and seen as an area which can provide significant economic stimulation.

But how has the impact of these new programs been felt in the industry? Variety spoke with a number of Brazilian gaming industry executives about the recent offerings made available to the industry.

“In the past couple of years,” explained Split Studios Guille Hiertz, “some government programs started to invest in games and interactive media, but they are still very shy in comparison to other creative sectors and other countries.”

It’s a sentiment echoed by many, but delivered most succinctly by Valu Animation Studios’ Valu Vasconcelos, “It’s starting, but it’s not perfect yet.”

The transmedia relationship between the film, TV and gaming industries “are very united,” according to Spirit Animation’s chief creative officer Fernando Macedo, “now more than ever. Animation series are demanding games, and so on. The more points of contact between the brand and characters and its audience the better.”

“Nowadays, producers are always concerned about making their IPs multiplatform projects,” said 44 Toons executive producer Carolina Frattini, “and the creators are thinking about universes and stories that can be told on any device, playable or not.”

On convergence, however, consensus was not so forthcoming

“Unfortunately these industries are still very distant from each other as they are all still very embryonic,” said Webcore Games director Fernando Chamis, before elaborating: “We have begun to see cases of projects that are already born as transmedia, with the possibility of forming a strong intellectual property with great potential for future growth.”

Perhaps Fableware Design’s Arthur Protasio summed it up best. “The convergence of these industries, from both a governmental and market perspective, means more opportunities are on their way. There’s so much room for exchange. A transmedia approach is one of the smartest strategies for our collective and unified growth.”

Gustavo Steinberg produces Brazil’s BIG Festival which will take place from June 23 – July 1, and showcases all the best that Brazil has to offer in gaming. He is also an accomplished director whose animated feature debut screens in the main competition at France’s Annecy Animation Festival, where he reflected on the state of Brazilian animation, and imagined where it might be headed.

“It is still trying to reach its maturity, but there are very good opportunities,” he told Variety. “I see an industry with important independent players, with titles reaching a big audience in the world in a future not so far away from now.”