AT&T and Discovery in Talks to Merge Media Assets 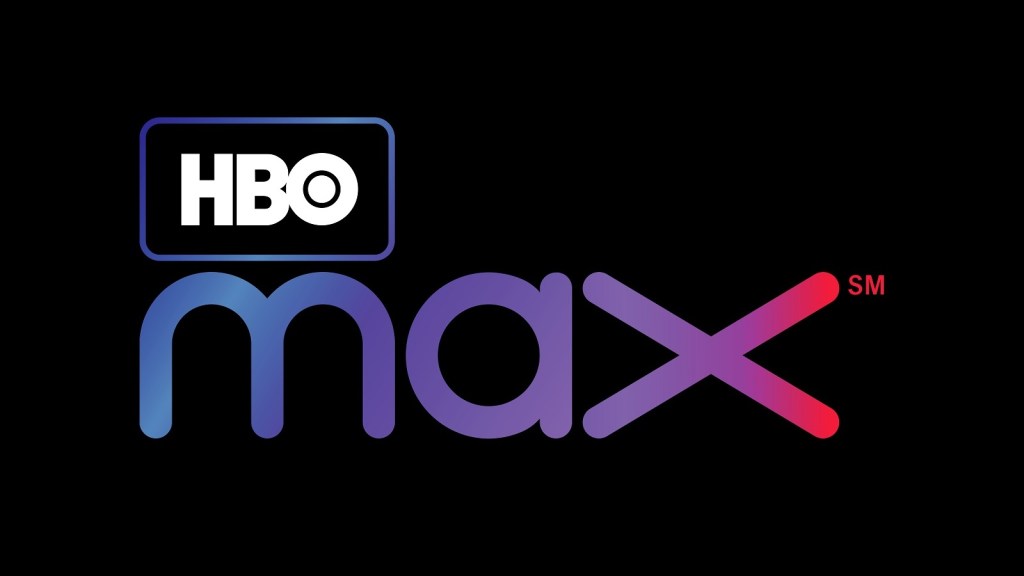 AT&T and Discovery are discussing the possibility of combining media assets to create a entertainment and lifestyle content giant with a global footprint to better compete in the streaming marketplace.

Bloomberg News first reported Sunday that talks are ongoing and a deal could be reached as early as this week. The deal would bring together such brands as HBO and CNN with lifestyle powerhouses Food Network and HGTV.

Sources close to the situation suggested that the two sides will look create a joint venture that would house AT&T’s media and entertainment assets along with Discovery’s suite of lifestyle channels. In that scenario, it’s believed that Discovery CEO David Zaslav and WarnerMedia CEO Jason Kilar would both maintain leadership roles although those details remain sketchy.

There was immediate speculation that any deal between AT&T and Discovery would prompt other bidders to join the fray. There has been chatter in the marketplace that AT&T was quietly talking to Comcast about possible combinations for NBCUniversal with the WarnerMedia assets.

No matter what becomes of the AT&T-Discovery talks, it’s clear that AT&T is maneuvering to find a new configuration for the assets that it acquired for $84 billion only three years ago — after a hard-fought anti-trust battle with the federal government to complete the deal. But AT&T has been grappling with the enormous $170 billion-plus debt load racked up by its $48 billion acquisition of DirecTV in 2016. That deal proved disastrous from a timing and bottom-line perspective. AT&T acquired the satcaster just as the pay-TV marketplace started to unravel in earnest with the rise of SVOD and free streaming alternatives like Netflix, Amazon, Hulu and now Disney Plus, HBO Max and Discovery Plus.

AT&T CFO on WarnerMedia Reorganization and Layoffs: A ‘Natural Progression’ in Shift to Streaming

The broad restructuring at WarnerMedia is a “natural progression” for the media conglomerate to hone its focus on HBO Max, according to John Stephens, AT&T’s chief financial officer.

Stephens said about the restructuring, “It’s a natural progression of getting real focus, as I said, on our [direct to consumer] business, on our HBO Max business.” But he also acknowledged, “these transitions are tough and there are a lot of good people that have been involved in this.”

With the new structure, WarnerMedia’s content operations are consolidated under “one leader,” said Stephens, referring to Sarnoff’s expanded role. Stephens voiced support for the decisions by Kilar, the ex-Hulu boss who took over the reins in May. “Jason’s a really good leader, he knows his business,” Stephens said.

For the second half of 2020, “the most exciting thing for us is HBO Max,” Stephens said, claiming the launch was “really successful.” He noted that WarnerMedia grew HBO customers overall with the launch of HBO Max, with 4.1 million activations of HBO Max in the first month after launch, although that means the majority of existing HBO customers had not yet accessed the new streaming product.

Regarding the overall impact of COVID-19, Stephens said the AT&T wireless and broadband businesses have performed well despite the challenges while for WarnerMedia the pandemic “really shut things down” including with the shutdown of the NCAA basketball tournament.

As people work remotely, “that connectivity into people’s homes is really important… that really was, you know, a tailwind for us,” he said. On media side, “it’s forcing us to look at new ways to distribute content,” as with Warner Bros.’ “Scoob!” direct-to-digital release.

Given uncertainty about when theaters will be reopening, Stephens added, there “may be further delays in some of the titles we release and some of the big theatrical activity.”

Warner Bros. is releasing Christopher Nolan’s “Tenet” in 70 overseas territories starting Aug. 26 ahead of the U.S., where it will be released in select cities over Labor Day weekend starting Sept. 3.

AT&T announced a three-year capital allocation plan aimed at addressing concerns of activist investor Elliott Management, under which the company said it will continue to sell of pieces of the business to get its balance sheet in shape.

Through 2022, the company pledged to make “no major acquisitions” and laid out a plan which it expects to drive “significant growth” in margins and earnings while allowing the company to invest in growth areas and continue to pay down debt. In 2020, the company said it expect to sell $5 billion to $10 billion of “non-strategic assets” to help pay down debt.

Meanwhile, for the third quarter of 2019, AT&T’s pay-TV business continued to be in free-fall. WarnerMedia revenue in the third quarter dropped 4.4% on a tough comparison with Warner Bros.’s stronger theatrical slate in the year-earlier period.

The telco said it expects chairman and CEO Randall Stephenson to remain chief executive through at least 2020. In addition, the company said it add a new director at its next board meeting, followed by another director in 2020.

“The objectives we have outlined today have been central to our plans for many months, even before we closed our acquisition of Time Warner,” Stephenson said in a statement. “But, as you would expect, our thinking has also benefited from our engagement with our owners, including Elliott Management. I’ve found our engagement with Elliott to be constructive and helpful, and I look forward to continuing those conversations.”

Last month, Elliott Management urged AT&T to refocus on its core business, criticizing its massive deals for Time Warner and DirecTV as inhibiting its financial performance.

Overall, AT&T’s consolidated revenue for the third quarter was $44.6 billion, below analyst consensus estimates of $45 billion. Q3 adjusted earnings per share of 94 cents.

During the third quarter of 2019, AT&T dropped a net 1.2 million premium TV video subscribers, including at DirecTV, while its over-the-top AT&T TV Now service dropped 195,000. As of the end of the period, AT&T had 21.6 million total video customers, which included 1.1 million AT&T TV Now subscribers — down 3.6 million from 25.2 million a year earlier.

WarnerMedia Q3 2019 operating revenue was $7.8 billion, down 4.4%, dragged down by a 10.4% declined at Warner Bros. with the company citing “a more favorable mix of box office releases in the prior comparable period” as well as lower television licensing. HBO revenue was up 10.6% to $1.8 billion.

WarnerMedia has set an HBO Max media day on Tuesday, Oct. 29, to announce new details of the forthcoming subscription streaming service set to debut next spring.

For 2020, AT&T projects consolidated revenue to grow between 1%-2% and adjusted earnings per share to be $3.60 to $3.70 per share including its investment in HBO Max.

AT&T is pulling out the stops to promote HBO’s “Game of Thrones” final season — as if the popular fantasy epic series needed a corporate-synergy assist to build buzz.

Among the telco’s “GOT” promos: It’s running a sweepstakes to give one AT&T customer a full-size replica of the show’s iconic Iron Throne, which carries a retail value of $18,000.

The Iron Throne replica (pictured above) — which is over 7 feet high and weighs 310 pounds — is created by production-management company Traction 3D, whose “Game of Thrones” thrones have been featured at hundreds of HBO events around the world (and the Louvre Museum).

The sweepstakes is open only to AT&T wireless, TV and internet customers, who must use the AT&T Thanks loyalty-rewards app to enter the contest. The “Own the Throne” sweepstakes will run April 1 through May 7.

It’s part of a multifaceted joint marketing campaign between AT&T and HBO to push the last “Game of Thrones” run, which premieres Sunday, April 14. The eighth season of “Game of Thrones” will comprise six 90-minute episodes, which HBO execs have dubbed “six movies.”

The “GOT” tubthumping will span AT&T’s retail stores, DirecTV video on-demand, and an exclusive augmented-reality game with Magic Leap.

“There’s no better way to celebrate the finale of this epic HBO show than to give its devoted, passionate fans opportunities to immerse themselves in the ‘Game of Thrones’ world leading into the final season,” HBO executive VP of program marketing Zach Enterlin said in a statement. “Together with AT&T, we are committed to giving superfans a fun, memorable way to experience Westeros and the characters they love so much.”

Beginning April 1, AT&T flagship stores in Boston, Chicago, New York City and San Francisco will stage a “Game of Thrones” makeover. The stores will feature limited-reveal video content, custom digital games, VR and AR experiences, and an exclusive look at series memorabilia and authentic costumes from different “GOT” houses and their allies – Chicago will feature House Stark); New York City is home to House Lannister, San Francisco has House Targaryen, and Boston will have a face-off between Targaryen vs. Lannister.

Next month, select AT&T stores (starting in Boston, Chicago and San Francisco) will let visitors experience “The Dead Must Die,” a Magic Leap game in which fans must confront a White Walker.

Here’s a rendering of what the “GOT” setup will look like in AT&T’s flagship stores:

In addition, at ATT.com and AT&T retail stores across the U.S., the company will be selling dozens of exclusive “Game of Thrones” accessories, including phone cases, power cables, wireless chargers, wine tumblers, water bottles, and pint glasses.

Other elements of the “Game of Thrones” Season 8 promotional push: