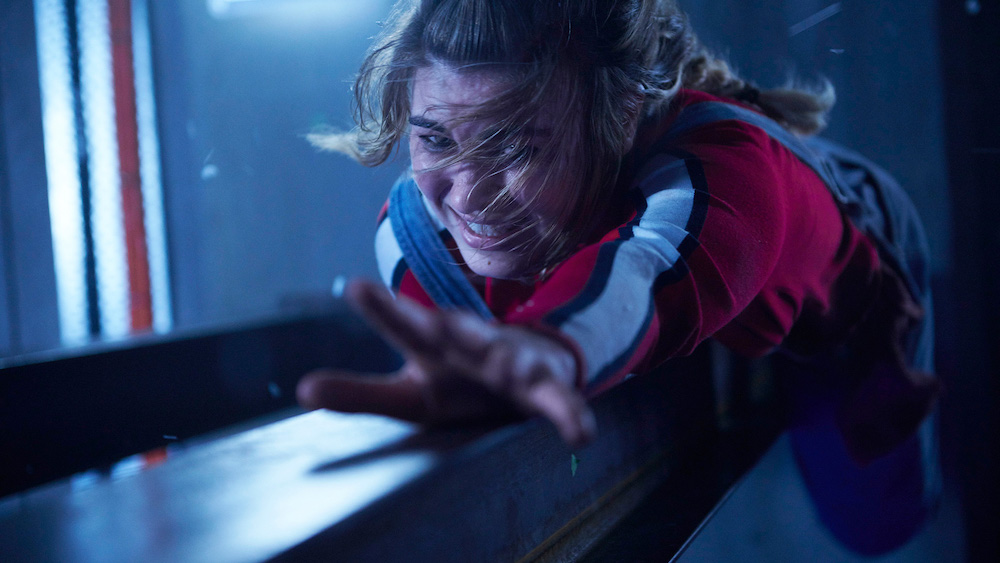 Promising ideas turn out to be mostly empty thought bubbles in “Rising Wolf,” a confusing and derivative Aussie combo of hostage thriller and sci-fi fantasy. Centered on a terrified young woman trapped in a Shanghai skyscraper elevator by a nasty Russian villain, this muddled attempt at an elevated genre film involving time travel, psychic powers and environmental doom can’t be rescued by strong visuals or a fine central performance by Charlotte Best. A box-office disappointment when released locally on 165 screens on April 8 under the title “Ascendant,” “Rising Wolf” has been acquired by Samuel Goldwyn Films and is reportedly set to open in U.S. cinemas on July 16.

The screenplay by first-time feature director Antaine Furlong and co-writer Kieron Holland brings together a straightforward hostage story with a YA-style sci-fi scenario about a heroine slowly realizing she has extraordinary abilities. The elements hold plenty of initial promise, but the mix of brutal and bloody torture with dreamy flashbacks and nightmarish future visions fails to adequately explain itself and creates bewilderment where wonder and excitement ought to reign.

For many viewers, the enduring image of “Rising Wolf” will likely be that of 20-something Aria Wolf (Best) being tossed around like a rag doll in an elevator traveling at lightning speed between 120 floors of a half-completed Shanghai skyscraper. With almost no memory of the recent past or any idea how she arrived in this predicament, Aria is at the mercy of freelance Russian operative Yaroslav (Alex Menglet). A standard-issue snarling sicko with an obligatory team of hulking goons at his disposal, Yaroslav has kidnapped Aria’s father, Richard (Jonny Pasvolsky), and is live-streaming his torture on the elevator’s video screens.

It comes as no surprise to discover Richard has a secret past with CIA connections, and the only way Aria can save his life is by revealing the identity of someone known as “The Engineer.” With no idea who this person might be, Aria depends on a voice message from her mother, Barbara (Susan Prior), and subsequent cell phone conversations with Uncle Jack, a trusted family friend or relative (it’s not clear which) whose face is never seen and whose real identity is easy to guess almost immediately.

Relying far too heavily on Aria’s phone for plot twists and information that’s frequently implausible and illogical, “Rising Wolf” employs flashbacks to a childhood Aria seems to have at least partially or perhaps even completely forgotten. It appears that young Aria (Tahlia Sturzaker) and her twin sister Zara (Karelina Clarke) have “special abilities” that are somehow related to controlling plant life and foreseeing a future where bizarre body transformations and environmental devastation are part of the dystopian landscape.

It’s interesting for a while to try and figure out where all this is heading. But without the scripting smarts to fashion something meaningful or even reasonably comprehensible from the disparate elements many viewers will be left scratching their heads by the time Aria’s elevator ride reaches its cosmic conclusion.

What’s not in doubt is the convincing and charismatic performance of Best (“A Name Without a Place,” “An American in Texas”). Her résumé continues to grow impressively long after she arrived on TV as a talented juvenile in “Home and Away,” the long-running soap opera that’s served as a launch pad for dozens of renowned Aussie actors.

Assisted by Frank Flick’s crisp widescreen photography, striking production design by Fiona Donovan and special effects that are terrific on a modest budget, director Furlong displays plenty of visual flair and imagination in what’s largely a one-room film. Sound design is overcooked, with layers of unintelligible whispering and discordant sounds only adding to the confusion.