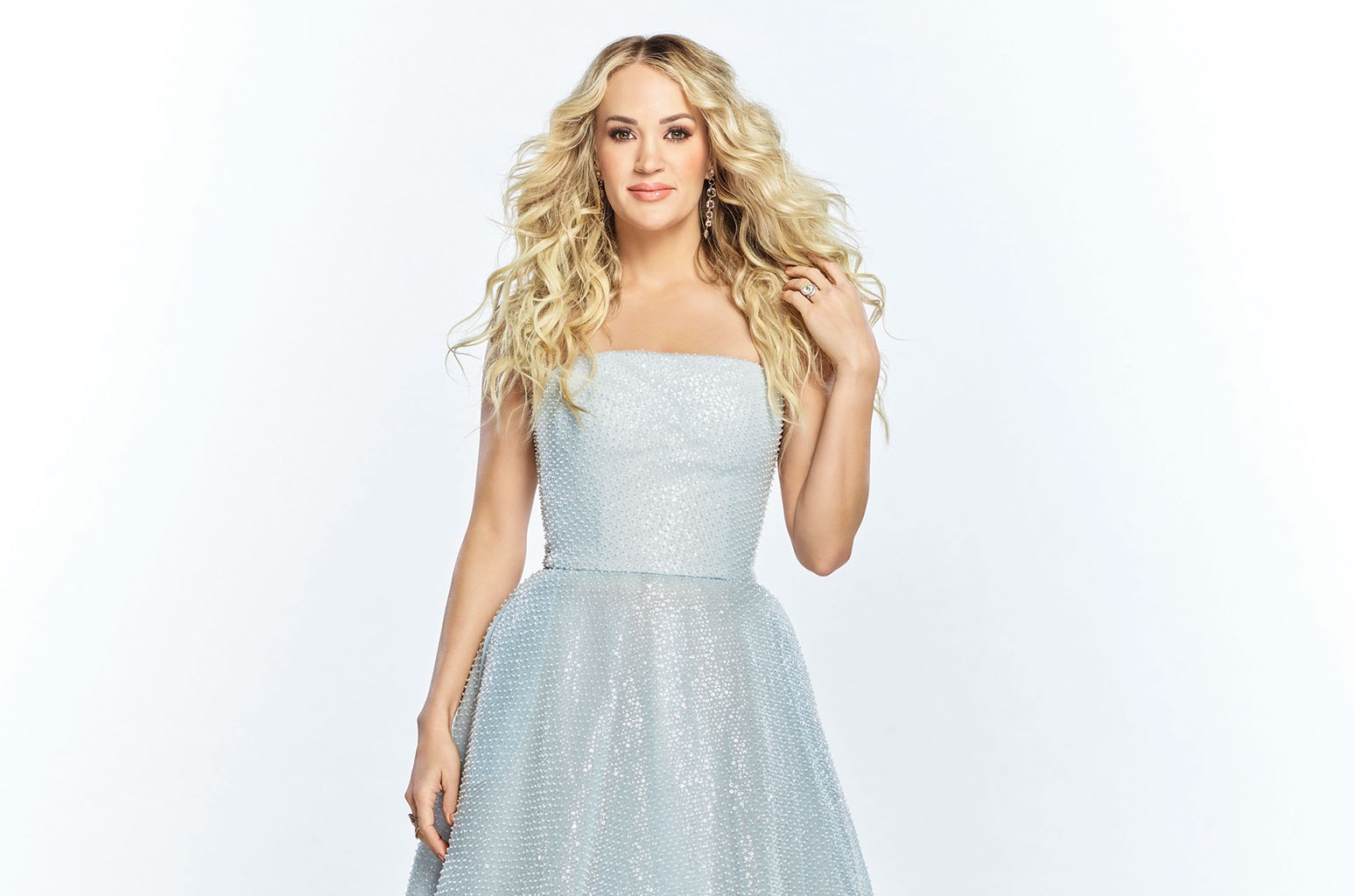 The country music community watched on and many artists turned to social media to share their thoughts.

On what felt like one of the most diverse nights in the 56-year history of the ACM Awards, Twitter users gave it all up for Carrie Underwood, whose spectacular gospel medley performance brought all the feels.

Check out some of the celebrity reaction from the ACM Awards below.

ACM Awards Sticking to Eligibility Period for 2020 Show Despite Move

When the Academy of Country Music Awards air Sept. 16 on CBS, the winners will be exactly the same as if the show had beamed live from Las Vegas on April 5, as originally planned.

Damon Whiteside, the Academy’s CEO, tells Billboard that the board of directors did discuss whether voting should be altered or extended from the normal Jan. 1-Dec. 31, 2019, eligibility period after the show was postponed because of coronavirus concerns, but the decision was made not to.

“The short answer is we’re keeping everything intact,” Whiteside says. “[Accounting firm] Deloitte has the final results, which they are keeping securely within their possession. They won’t be shared with anybody, nobody gets prior information.”

While it means that some of the winners will be almost two years old, it did not seem fair to make any changes. “The artists earned it and should be given the trophy,” Whiteside says. “If we changed anything, it would be undermining the integrity of our awards.”

Additionally, adjusting the schedule to make the winners more current with the September show date would throw future years into disarray to break from the annual cycle.

Keeping the awards slate as planned is one small piece of normalcy in an otherwise chaotic time. “We don’t know what the climate will be in the country in September and what the artists will be feeling,” Whiteside says. “It’s anyone’s guess how the show will morph in September other than the awards will be the same.”

As is tradition, the best new artist winners will be announced slightly before the broadcast. Additionally, the Academy is looking at digital initiatives to help support some of the nominees during the summer. “Since it is a long nominations window, our goal is to create some opportunities that we could get [nominees] to engage in with fans leading up to Sept. 16,” Whiteside says.

Instead of airing the ACM Awards on Sunday, CBS broadcast ACM Presents: Our Country, a collection of at-home performances taped by top country artists, including Luke Bryan, Keith Urban, Lady Antebellum, Kelsea Ballerini and more over the past week after social distancing began. The show, which drew more than 8 million viewers, according to Nielsen/MRC Data, will be rebroadcast April 11 at 8 p.m. ET on CBS.

Kelsea Ballerini‘s “Homecoming Queen?” single shows that it’s OK to let your guard down and allow your humility to shine. And for the country star’s ACM Presents: Our Country performance on Sunday night (April 5), that message was especially palpable.

“I know it’s not exactly how we pictured this going, but what a time for music,” Ballerini stated before her performance, referencing the global coronavirus crisis. She also showed love to her fellow artists and assured viewers that “we’re all connected and singing this together.”

Then, the Nashville singer (who appeared to be in her warmly lit bedroom) began plucking on her acoustic guitar. “What if you let ’em all in on the lie?/ Even the homecoming queen cries,” she belted, putting her emotions on display.

The 2020 ACM Awards, which was one of many events rescheduled due to the ongoing pandemic, will now take place Sept. 16. 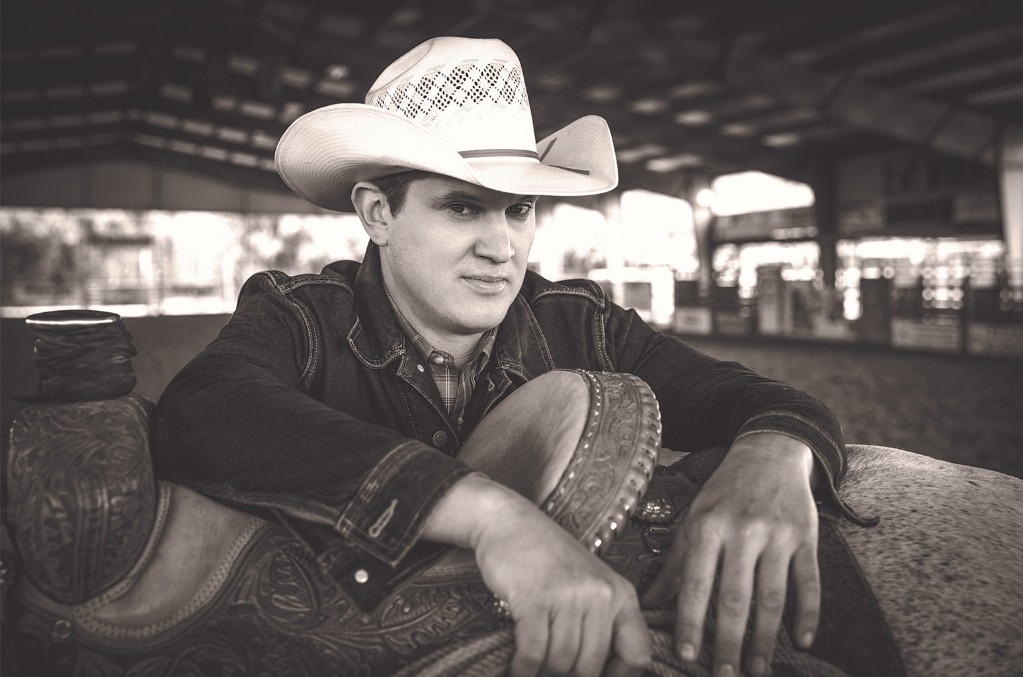 In addition to being nominated for their own albums, they are featured on other albums that are nominated.

In a sense, Maren Morris and Jon Pardi are both competing against themselves in the album of the year category at the upcoming Academy of Country Music Awards. In addition to being nominated for their own albums, they are featured on other albums that are nominated.

In addition to being nominated for her second major-label album, GIRL, Morris is featured on Miranda Lambert‘s Wildcard (on the track “Way Too Pretty for Prison”).

In addition to being nominated for his third studio album, Heartache Medication, Pardi is featured on Thomas Rhett‘s Center Point Road (on “Beer Can’t Fix”).

Morris has been in this position before. Three years ago, the Texan was nominated for album of the year for her major-label debut album, Hero. She was also featured on fellow nominee Dierks Bentley‘s Black (on “I’ll Be the Moon”).

Little Big Town has also been in this position twice. The quartet was nominated for album of the year five years ago for Pain Killer. They lost to Lambert’s Platinum, on which they were featured (on the track “Smokin’ and Drinkin'”). Two years ago, Little Big Town was back in the running for album of the year for The Breaker. They were also featured on Old Dominion‘s Happy Endings (on “Stars in the City”).

In the past 20 years, this has happened at least two other times.

Thirteen years ago, Vince Gill won album of the year for his four-disc set, These Days. He was also featured on Brooks & Dunn‘s Hillbilly Deluxe (on “Building Bridges”).

Nine years ago, Jamey Johnson was nominated for his two-disc set The Guitar Song. He was also featured on Bentley’s Up on the Ridge (on “Bad Angel”).

Alas, featured artists don’t win awards when an album is voted album of the year at the ACM Awards. The award goes to the artist(s), producer(s) and record label(s). So when an artist who is nominated for album of the year helps another artist win the award, as Little Big Town did five years ago, they truly know the meaning of the biblical beatitude “It’s more blessed to give than to receive.”

The 55th ACM Awards will be broadcast from the MGM Grand Garden Arena in Las Vegas on April 5.

Brandi Carlile will sing a duet with Dierks Bentley, and Kelly Clarkson will join Jason Aldean.

Khalid, the R&B singer whose sophomore album comes out April 5, will be taking to the airwaves two nights later to collaborate with country star Kane Brown in a performance that’s been announced for the Academy of Country Music Awards.

In a heavy nod toward “Grammy moment”-style hookups between artists, producers also unveiled some of the other many collaborations also set for the April 7 show on CBS.

From outside the country genre, Brandi Carlile will join Dierks Bentley, and Kelly Clarkson has been set to perform with both Jason Aldean and Dan + Shay.

The show is promising a series of “ACM Flashbacks” reviving classic country hits and/or veteran artists, which will include George Strait teaming with Miranda Lambert and Brooks & Dunn joining forces with hot newcomer Luke Combs (who was announced Monday as already having won best new male artist of the year).

Other collaborations include Maren Morris with Brothers Osborne (presumably performing “All My Favorite People,” which they sing together on her new album), Eric Church with Ashley McBryde (announced Monday as as the ACMs’ best new female artist winner) and Aldean with Florida Georgia Line.

Other previously announced performers who may stand out by virtue of not being included in a duet (so far) include Carrie Underwood, Chris Stapleton, Thomas Rhett, Little Big Town, LANCO (the ACMs’ already announced new group of the year) and host Reba McEntire.