INHOUSE MANAGMEENT., LLC, is the corporate management arm of Michelle Tafoya, LLC Personal Consulting Management. IHM provides a wide array of business, change, and crisis management services, as well as leadership and business specific relationships. The key to IHM is to create success in a wide range of areas for their clients’ personal lives and professional achievements for long-term legacy goals.

IHM has a wealth of knowledge and experience working with the top business leaders,  entertainers, artists, musicians, producers and professional athletes around the world.  IHM team members also utilize years of relationships and partnerships with individuals in a variety of fields such as; business and financial sectors, music industry, sports leadership, branding, marketing, sponsorships, social media platforms, entrepreneurs, community, and activism.  With years of stable relationships, we build symbiotic network partnerships. Whether it’s a manager, agent, attorney, business manager, publicist, digital project manager, or non-profit expert, IHM recommends, builds and oversees the best partners and team players for the changes and building of a brand new career or one that has been established for decades. 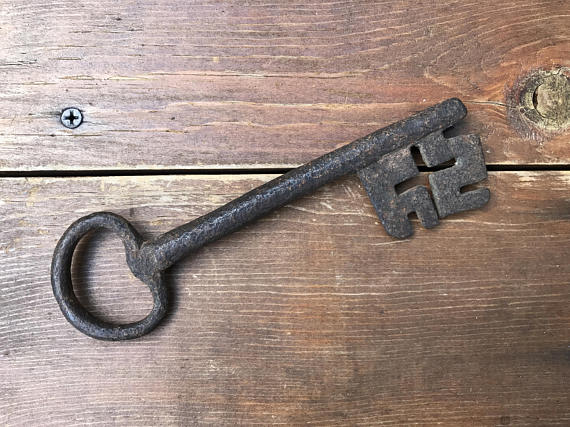 Michelle is a manager and professional change agent who has been the go-to person, fixer aka “Change Agent to the Stars,” for some of the most prominent and most successful executives, entertainers, artists, musicians, producers and professional athletes in the world. Whether the changes in her clients’ lives are planned or unplanned, Michelle serves as the one person who oversees and manages these changes all while working along-side existing or potential new team members, family members, and representatives. Michelle has a high level of experience executing a clear and cohesive plan for all parties involved. She is known by many as “Crisis Manager” “Bridge to Change.”  “Change Agent to The Stars” “The Fixer” “Life Architect” and even “Mary Poppins.”  Whatever title she is given, her approach is fearless, precise, orderly, confident, trusting, and knowledgeable.

“I would highly recommend her to anyone who is ready to embark on any serious changes in the Music or Sports world.”
~Desiree Perez, COO Roc Nation

During a 25-year career that has involved working with some of the most prominent entertainment names and companies in the world, including Lionel Richie, Barbra Streisand, Neil Diamond, John Legend, Yanni, Alicia Keys, Kenny Lattimore, Jimmy Iovine, Guy Oseary, Ron Laffite, Desiree Perez, Roc Nation, Live Nation, and Maverick. Artist and sports manager Michelle Tafoya has earned the reputation of bringing the best of both worlds to her clients.  Tafoya, the owner of InHouse Management, has the focused, big-picture vision necessary to launch and sustain multi-faceted careers in today’s quick-paced environment, yet she never loses sight of her clients’ well-being and needs.

Tafoya is simultaneously yin and yang, both left-brained and right-brained. She sees the higher potential in her clients that they can even see themselves, indeed, as one superstar said, “If Whitney Houston had a Michelle, she might have been alive today.”

By being the one of the few individuals who knows the most about the artist or athlete, she has the wisdom to create and project the necessary changes that will eventually lead to the perfect personal and professional life, making it something that attracts international attention all while staying true to her clients and who they are as a person and professional. She examines every detail and aspect of the client’s career – business, touring, recording, branding, training, promotional, marketing and humanitarian opportunities and endorsements – to ensure that every chance remains consistent with the artist’s brand, personality, and lifestyle. And she does all of this behind the scenes, never drawing attention to herself.

For instance, her role as manager for Lionel Richie, she has been credited with being integral to the overwhelming success of Lionel Richie’s 2012 platinum-selling album, Tuskegee, which was widely recognized as one of the year’s most successful projects. His first number-one album in 25 years, Tuskegee made him the best-selling artist for most of 2012 and became the talk of the music industry. During the four years it took to plan a strategize, Tafoya never said a word; she just kept working hard and letting others receive the attention.

Growing up in Los Angeles, Tafoya always knew that working in the entertainment industry was her destiny; she just never really knew how it would happen. She became a single mother at a young age but had faith that if she did the right thing by her family, herself and her job, her plans would not be derailed. In hindsight, it’s not a surprise that she was right. Two weeks after starting an internship at Interscope/Death Row Records she was offered a full-time position under the labels powerhouses Steve Berman and Jimmy Iovine.

Early on in her career she used her marketing & promotions experience at Interscope Records under the label’s powerhouses Steve Berman and Jimmy Iovine and handled confidential projects during the height of the labels success with such acts as Gwen Stefani’s band No Doubt, Nine Inch Nails, producer and Beats co-founder Dr. Dre and artist Tupac Shakur.

She was strongly influenced by her years with tour producing legend Sal Bonafede, who worked with acts ranging from The Doors, Michael Jackson, Neil Diamond and Frank Sinatra. His hardcore Italian/Brooklyn attitude not only made him a force to be reckoned with, but it also served as a sturdy training ground that toughened up the young woman in preparation for a lifetime career in entertainment. He once told her, “I don’t care what happens with your career in this industry. Don’t allow anyone to take away your self-respect.” Those words have carried her through the ups and downs of her professional and personal life.

She also was mentored and worked alongside Jim Morey, half of the famous management powerhouse duo Gallin/Morey, and Skip Miller, the legendary record label executive who served as president of Motown Records before joining RCA Records, where he rejuvenated the label’s black music division and helped develop its rap roster. Miller instilled in Tafoya the importance of remaining true to herself, despite external pressures and industry trends.

Not limited to the music industry, it has always been a natural transition to add the professional sports arena under her umbrella. She raised a daughter who is an elite athlete; so numerous athletes involved in football, basketball, track and field and soccer through their middle school, high school and college days surrounded Tafoya. Now, these athletes have entered the professional ranks, and Tafoya has seen firsthand how so many find themselves without much guidance on functioning in the business world, giving back to the community and building a legacy for themselves and their families. “This is something so important that is not offered by a professional athlete’s agent,” she says. “The entertainment arena and the professional sports arena are now the same animals: it’s all entertainment.  There is an urgent need for guidance for the young kids who enter into professional sports. You need to know how to expand on your gifts and how to build a strong foundation around you.”

As a natural born entrepreneur, in 1999 Tafoya started the corporate brand Affinity Living, a concierge service that provided services through the use of its concierge staff and its user-friendly intranet technology for master planned intranet communities. The first community to launch Ladera Living was in the city of Ladera Ranch located in South Orange County, California where she partnered with builders like Standard Pacific Homes, and William Lyon Homes, and developer Ranch Mission Viejo., LLC and Merit Property Management.  Her mentorship and supporters in this venture included many from the entertainment industry and those outside like real estate tycoon, political powerhouse and Former Lieutenant Government of Texas, Bill Barnes.

“I don’t believe it was a coincidence that the various elements of my life had come together now,” she said. The A-List Artists I’ve worked with share a love of architecture, homes and real estate.  I have learned so much from both Lionel Richie and Barbra Streisand, with whom I worked for many years, are both brilliant when it comes to everything from real estate investing, interior design, gardening and art and have both have been featured in Architectural Digest. “

What makes her experiences more unique is Tafoya also had offices in both Barbra and Lionel’s homes, so she was immersed in their environments. Tafoya was involved in the building of Barbra’s new house, The Barn, which inspired her book My Passion for Design.  “This more than any other time showed me that for all high-profile individuals, creating their home environment is just as critical to their success for their sense of privacy, comfort and enjoyment, as well as expression of their individuality apart from their very public personas. “

As she launches the next chapter of her impressive career, Tafoya clings to the words of wisdom of her mentors while following her innate instincts and principles inspired by her own life experiences. Although she has an insightful business mind, she is also a creative force. Much like a painter, she can make something out of nothing, making her visions of a branding and marketing masterpiece into a reality. Most of all, she maintains a relentless and fearless faith – faith in herself, faith in her clients, faith in others – that enables her to keep going regardless of the obstacles in her path.