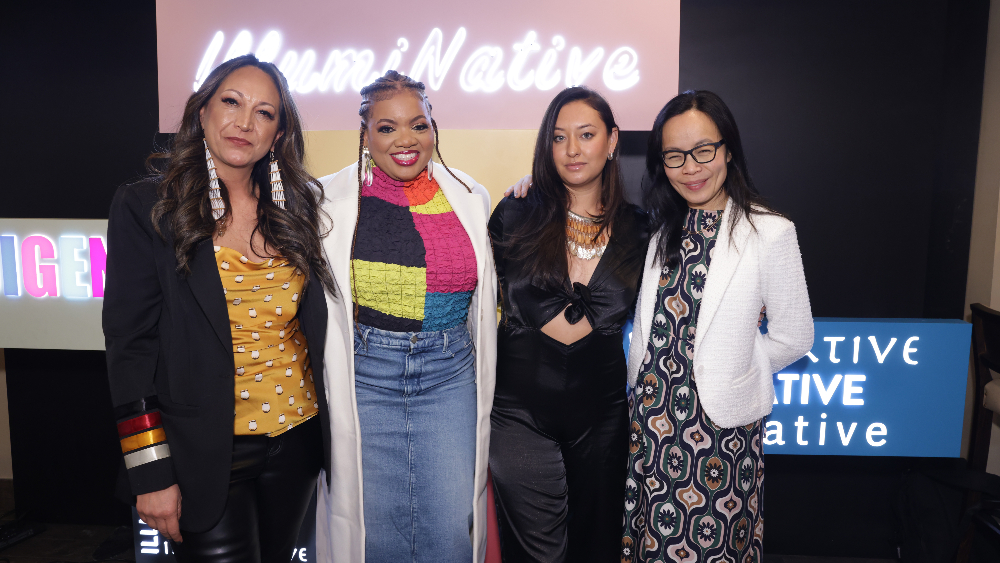 New data from Illuminative, the Native woman-led social justice organization, and Nielsen’s Seen on Screen case studies reveals the number of Indigenous people in lead roles across TV and streaming has expanded over the last two years, but there’s still much room for growth.

“Visibility is power, and we as Native peoples know firsthand the importance of being seen and shown on screen in an authentic and equitable way,” said Crystal Echo Hawk, founder and executive director of IllumiNative. “We’re so grateful for the researchers at Nielsen who helped bring this data to light and reaffirm what we’ve already known – Native representation and Native-led content is good for business. Both Native and non-Native audiences are hungry for Native-centered stories like the blockbuster hits Prey and Reservation Dogs, which helped reinvigorate the streaming industry. The long-standing myth that Native content doesn’t pay has been busted and Hollywood is now out of excuses. We have a long way to go to reach parity, but we are thrilled to celebrate where we are today through the historic accomplishments of Native creatives in the entertainment industry.”

In terms of what this means investors, the study also showed that content inclusive of Native peoples both attracts new audiences and helps platforms retain them. FX’s “Reservation Dogs,” which is available for streaming on Hulu, received 1.4 million new viewers and had a 23% platform retention rate, meaning 23% of viewers stayed on the platform to watch its other offerings.

The same was said of Hulu’s “Prey” and A&E’s “Dark Winds.” The former film opened as the fourth most-streamed movie during the week of its release attracted a Native audience that contributed 22 million viewing minutes. “Dark Winds” viewers made up 6% of A&E’s total network reach following its premiere.

The findings were unveiled during a panel discussion in the Indigenous House at Sundance Film Festival on Saturday. The conversation explored the demand for Native content and how the need for Native-led storytelling has helped revitalize streaming and audience retention, as well as the nuance and complexity that Native-led shows bring to the screen.

“Native American and Indigenous representation on screen has been virtually nonexistent for too long,” said Pat Ratulangi, Nielsen’s vice president of diversity, equity & inclusion. “As we have seen with shows and films like Reservation Dogs, Dark Winds, and Prey, authentic Native and Indigenous representation is attracting new audiences to media platforms and helping these platforms keep viewers. While the overall representation of Indigenous peoples is still below population parity, the entertainment industry is finally starting to understand the economic impact of investing in Native stories and storytellers.”

Why Do the Oscars Reject Horror? Mia Goth Says It’s ‘Very Political’ and ‘A Change Is Necessary’ After ‘Pearl’ Shut Out