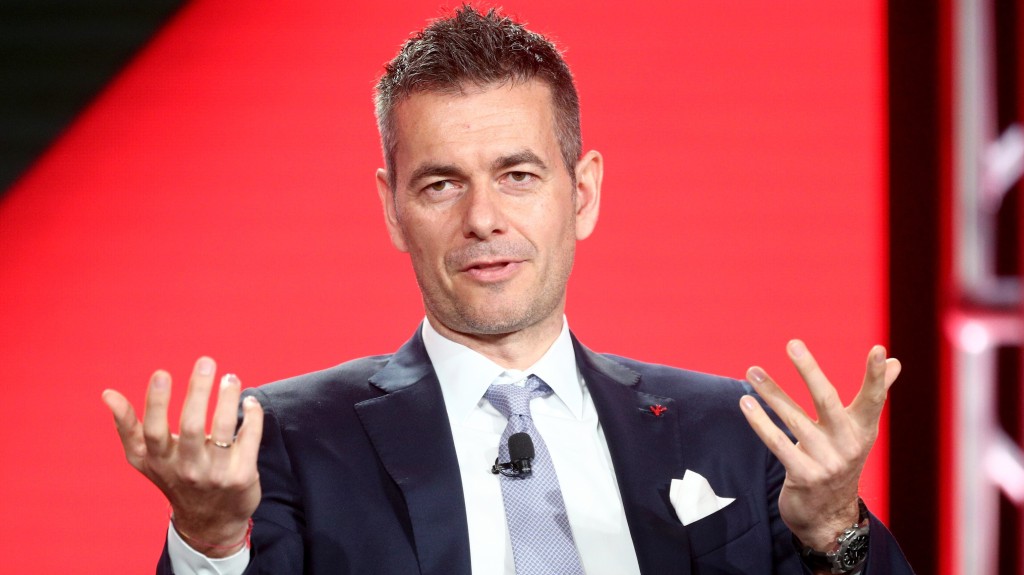 After a fast courtship, outgoing YouTube head of business Robert Kyncl has been named CEO of Warner Music Group and will replace Steve Cooper when he steps down next year.  According to the announcement, Kyncl and Cooper will serve as co-CEOs for the month of January 2023. As of February 1, 2023, Kyncl will become sole CEO of WMG and assume Cooper’s board seat on WMG’s Board of Directors.

Kyncl brings deep music industry experience to the job: YouTube is both the world’s largest video-streaming platform and the largest music-streaming platform, and he played a huge role in its negotiations with labels and publishers and generally received high marks (remarkably, considering the often-contentious relations between the two sides). He’s also pioneering force in the streaming business: Before he was chief business officer of YouTube, he led Netflix from DVDs to digital.

Cooper is the longest-running CEO in WMG’s history, having been appointed in August 2011, following the purchase of the company by Len Blavatnik’s Access Industries. He led the company to its IPO during the height of the pandemic in 2020, and saw it become the first music entertainment company to report streaming as its largest source of recorded music revenue. Under his watch the company acquired companies such as Parlophone Label Group — which includes Coldplay and the David Bowie catalog — Gold Typhoon, Spinnin’, and 300.

WMG’s Board of Directors said, “After a thorough search, we’re delighted to be appointing Robert Kyncl, who will make an outstanding leader for WMG’s continued transformation and success. We thank Steve for his many accomplishments over more than a decade, and we look forward to welcoming our new CEO in January.”

Len Blavatnik, Founder and Chairman of Access Industries said, “Robert is the right CEO to meet this moment. His command of technology to serve creativity will unlock new opportunities at scale for artists, songwriters, and their teams. He sees over the horizon to find ways to make world-class entertainment accessible for all.”

He added, “It would be difficult to overstate our gratitude to Steve for all his expertise and hard work. He has done an exceptional job driving the company from decline to growth and spearheading its 2020 IPO. He has established a strong management team and culture, and his tenure at WMG will benefit the music ecosystem for years to come.”

Kyncl said, “Music is an incredible creative force, with an unmatched ability to bring emotions, build communities, and propel change. We’re just at the beginning of what’s possible in recognizing music’s true power, value, and reach. Thanks to Steve and his team, WMG is very well positioned for a future of serving artists and songwriters, as well as their fans. I’m looking forward to partnering with Max [Lousada], Guy [Moot], Carianne [Marshall], and all of the company’s leadership, and I thank WMG’s Board of Directors, Len, and Steve, for this once-in-a-lifetime opportunity at this iconic company.”

Cooper said, “Robert is a fantastic choice for CEO. He’s a hugely talented executive who’ll bring dynamic energy to WMG and the music entertainment business. He’ll have world-class partners in WMG’s senior management and global team. I’m very proud of all we’ve accomplished together, attracting and nurturing amazing artists and songwriters, while leading the industry in the use of new technologies and the expansion into emerging markets. After a smooth handover with Robert is complete, I’m looking forward to becoming a full-time fan of the best team in the business.”

While many had assumed that the role might not seem large enough for Kyncl after his outsized roles at YouTube and Netflix, there are many reasons why the move could appeal to Kyncl, who clearly enjoys a challenge. Most obviously, as a rare tech leader crossing into music (as opposed to vice-versa), he has a unique perspective and could bring ideas for synergy with enormous potential impact on both businesses. And although Warner seems indefinitely locked in the No. 3 position behind the much larger Universal and Sony, people love an underdog that punches above its weight. With a vast catalog and a current roster that includes Ed Sheeran, Bruno Mars, Dua Lipa, Lizzo and many others — and the heft of Warner’s Atlantic Records, the most consistently successful label in the business over the past two decades — Kyncl might find it fun to give the leaders a run for their money.

Warner is the third-largest major music group, after Universal and Sony, Warner Music-owned labels include Atlantic — which is the most consistently successful major label in the business — Elektra and its flagship Warner Records, along with the third-largest music publisher, Warner Chappell Music. Its top current acts include Ed Sheeran, Lizzo, Dua Lipa and others.

Cooper has run the company with a firm, calm and non-flamboyant hand through the first decade of the streaming era and as it went public for a second time in the early months of the pandemic in 2020. The company’s earnings were declining at the time of his arrival and he not only reversed that trend but doubled its revenue and embraced new technologies — often before Warner’s competitors — and business opportunities. However, Kyncl will face headwinds as the company’s stock has dipped since it went public, and the industry faces a leveling-off of streaming growth amid an uncertain larger economic climate.