The Smashing Pumpkins have announced their new album ATUM (pronounced “autumn”), a 33-song rock opera in three acts that’s billed as the sequel to 1995’s Mellon Collie and the Infinite Sadness and 2000’s Machina/Machine of God. The new song “Beguiled” is the first taste from the album. Hear it below.

Each act of ATUM will be released every 11 weeks, with Act 1 leading off on November 15. Act 2 will follow on January 31, with Act 3 finishing the collection on April 21. A special edition box set featuring the album’s 33 songs plus 10 additional bonus tracks will also be released on April 21.

Billy Corgan has announced a new podcast co-produced with iHeartRadio called Thirty-Three With William Patrick Corgan. Each new episode will feature an unreleased Smashing Pumpkins song. The band is set to perform “Beguiled” on The Tonight Show Starring Jimmy Fallon this Friday, September 23. The band’s last album was 2020’s Cyr. The Smashing Pumpkins are touring this fall, with dates alongside Jane’s Addiction and Poppy. Find their itinerary below. 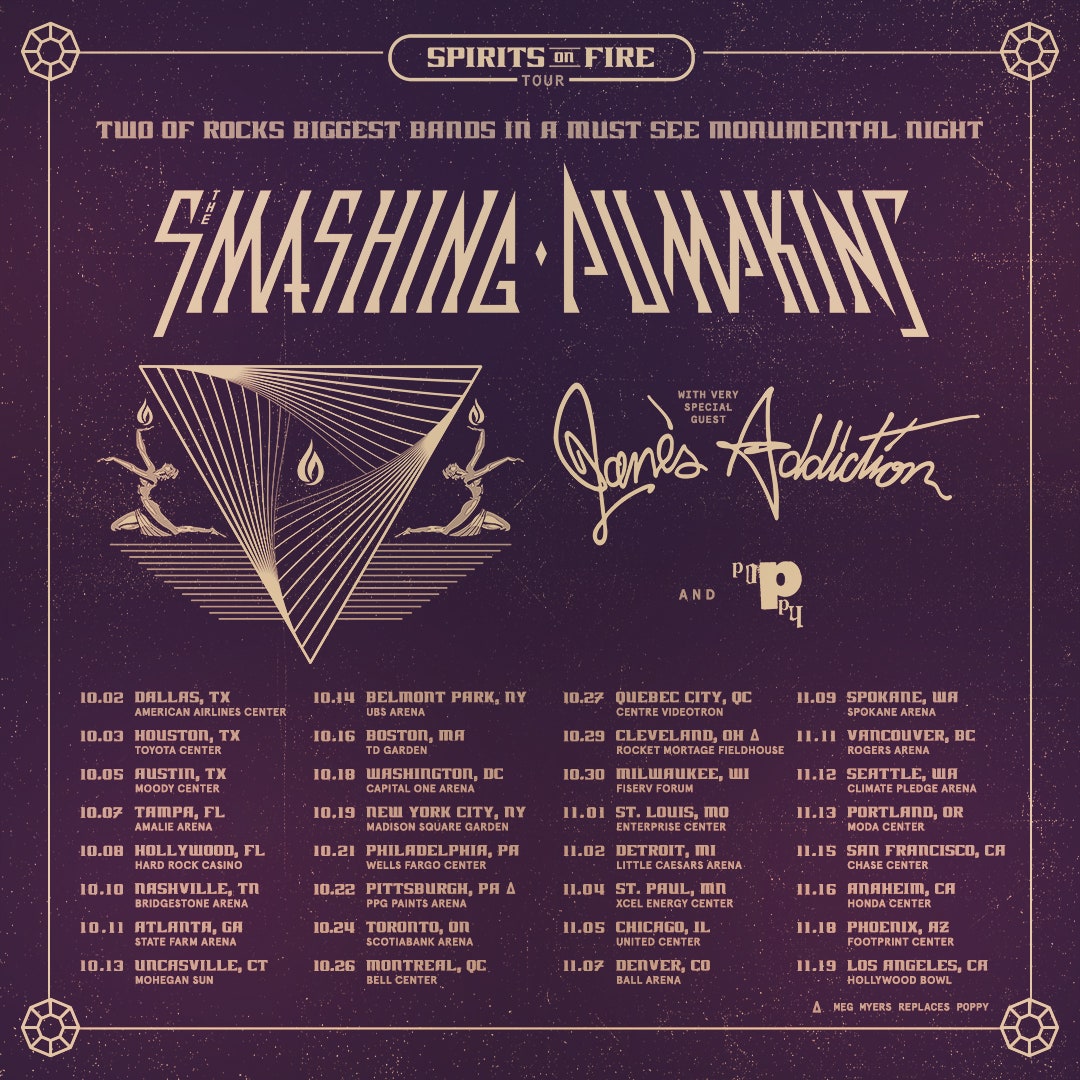 ! with Jane’s Addiction
@ with Poppy
# with Meg Myers