Travis Scott is performing at the 2022 Billboard Music Awards. The awards show will broadcast live on NBC this Sunday, May 15 at 8 p.m. Eastern. The BBMAs performance will mark Scott’s first major public appearance since the 2021 Astroworld Festival that left 10 people dead.

Astroworld took place in November 2021, and Scott has slowly been returning to the public eye. In late March, he performed a brief set at a private pre-Oscars house party in Bel Air, California. The following month, the rapper also appeared at a Coachella afterparty, where he played five of his own songs during a brief DJ set in a La Quinta Venue. He was then featured on Southside and Future’s single “Hold That Heat,” and was announced as a performer at three South American music festivals.

Morgan Wallen was barred from attending or performing at the 2021 Billboard Music Awards after video emerged of the country superstar using a racist and anti-Black slur. He still won three awards at the 2021 BBMAs based on Billboard chart performance data. MRC Live & Alternative, the producer of the BBMAs, explained its decision to include Wallen in this year’s show in a statement to Billboard:

We oppose discrimination, harassment, or racism of any kind. We believe in treating everyone with dignity and respect. After a thorough review and robust discussions internally and with the artist’s team, in which we found a demonstrated and ongoing commitment to meaningful work and outreach, we extended an invitation to participate in this year’s show. 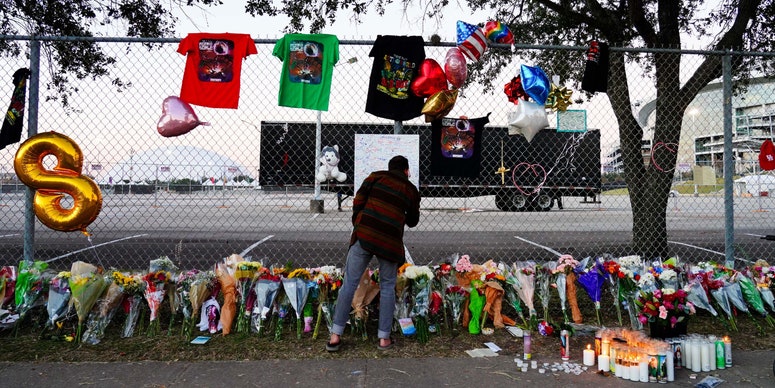 Something Must Change After Astroworld
Rachel McAdams on Dr. Christine Palmer’s Life Since ‘Doctor Strange’ and Why Returning to Marvel Felt ‘Great’ Noah “40” Shebib Tells His Story in New Short Documentary With Rare Footage: Watch