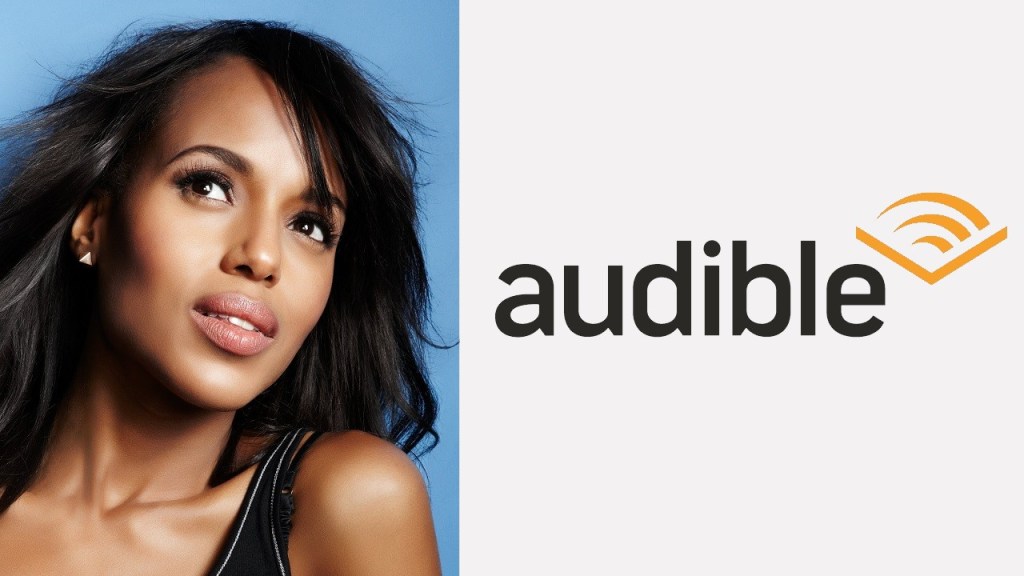 Audible is going into business with Kerry Washington, the Amazon-owned premium audio storytelling service’s latest partnership in a string of deals with A-list Hollywood talent.

The first of the three podcasts from Simpson Street is supernatural thriller “Prophecy” — with Washington set to star — launching later in 2022. That will be followed by romantic comedy “Between Me and You” and drama “The Last Black Queen.” Washington and Simpson Street will serve as executive producers on all of the audio projects.

“Our focus at Simpson Street is to weave together narratives that honor our unique differences while connecting us through shared humanity,” Washington said in a statement. “Expanding into the podcast space, especially with Audible, is a phenomenal opportunity to engage in storytelling across multiple mediums. We could not be more excited!”

In “Prophecy,” when a series of unexplainable events happens simultaneously around the world, three individuals — Virginia (Washington), a hydrologist; Daniel, a British zoo veterinarian; and Jonah, a commercial diver — find themselves at the head of each phenomena. As they fight for survival, they soon realize they are all connected in contemporary Biblical reimaginings of the stories of the Virgin Mary, Daniel in the Lions’ Den and Jonah and the Whale. Created, written and directed by Randy McKinnon, “Prophecy” is an eight-episode audio series produced in collaboration with premium content studio and network QCode.

“Prophecy” is expected to premiere in the second half of 2022. To discuss Simpson Street’s partnership with Audible, Variety later this month will host an online session with Washington, McKinnon and executive producer Brian Kavanaugh-Jones, who will join Audible Studios head Zola Mashariki and Variety senior entertainment writer Angelique Jackson. The conversation about the creative process behind scripted audio storytelling will stream on Jan. 24 in conjunction with this year’s virtual Sundance Film Festival.

Simpson Street’s “Between Me and You” podcast for Audible is created by bestselling author Allison Winn Scotch and Pete Chiarelli (“The Proposal,” “Crazy Rich Asians”) and based on Scotch’s novel of the same name. The eight-episode scripted romcom podcast, told in nonlinear fashion, follows a couple who fell in love a decade earlier just out of college. But Tatum and Ben now find their relationship at a breaking point as they ask themselves: Is it possible to forgive and forget?

“The Last Black Queen,” created by Darnell Brown (BET’s “American Soul,” HBO’s “Kent State”), provides an intimate look inside the mind of Maya Foster: a middle-aged, midlevel professional carrying the superhuman weight of expectation that Black women shoulder every day, ignoring her own desires for a more exciting, meaningful life. That’s until she meets Aimé — a mysterious and seductive young woman who unleashes a sexual awakening in Maya that threatens to destroy her marriage, job and any semblance of her former existence. Each episode will give listeners a perspective from Maya’s colorful view of the world through unique audio devices, dream sequences and the occasional musical number.

Simpson Street’s Savone commented, “The art of storytelling is constantly evolving and through podcasts, there’s something thrilling and fresh about putting a new and modern spin on the idea of past time radio dramas. We could not think of anyone more perfect to share our stories with than Audible.”

“Kerry, Pilar and the entire Simpson Street team have truly raised the bar when it comes to marrying art and entertainment to explore the complexities and depth of the human experience,” said Mashariki, a TV and film veteran who joined Audible last year. “Audible is equally committed to creating meaningful, thought-provoking, and dynamic entertainment, all of which is reflected in the projects we’ve quickly launched together.”

The three scripted audio series from Simpson Street, Mashariki added, are “brave, explorative stories that we know will captivate listener’s imagination. Kerry has an accomplished background in theatre, film and television and we are thrilled to be her collaborator as she extends her talents to the audio arena both as actor, creator and producer.”

The CW Plans a Return to In-Person TV Upfront