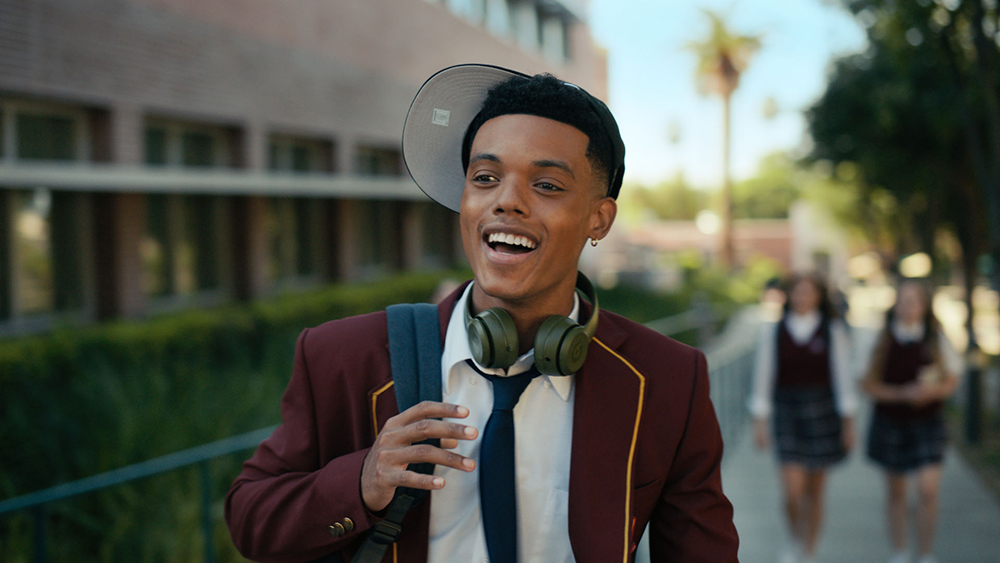 “Bel-Air,” a dramatic reboot of the Will Smith ’90s sitcom “The Fresh Prince of Bel-Air,” has released its first trailer. The series will debut its first three episodes on Peacock on Feb. 13, with subsequent new episodes being released weekly on the streamer.

“This town will try to make you forget who you are and where you came from. Don’t let it do that,” a character warns Jabari Banks’ Will at the start of the trailer.

The show, based on Morgan Cooper’s viral video that imagined a dramatic version of the iconic sitcom, is co-written and directed by Cooper, who is also co-executive producer on the project. T.J. Brady and Rasheed Newson are co-showrunners and executive producers, as well as Cooper’s co-writers.

Alongside Banks, other cast members include Adrian Holmes (“At That Age,” “V Wars”) as Phillip Banks; Cassandra Freeman (“The Enemy Within,” “Atlanta”) as Vivian Banks; Olly Sholotan (“Run Hide Fight,” “Evolution of Nate Gibson”) as Carlton Banks; Coco Jones (“Let it Shine,” “Vampires vs. The Bronx”) as Hilary Banks; Akira Akbar (“We Can Be Heroes,” “Captain Marvel”) as Ashley Banks; Jimmy Akingbola (“Most Dangerous Game,” “In The Long Run”) as Geoffrey; Jordan L. Jones (“Rel,” “Snowfall”) as Jazz; and Simone Joy Jones (“The Chair,” “What If”) as Lisa.

Smith spoke in a video on his YouTube channel about how Cooper’s original trailer moved him, saying, “This is the first time that I heard something, I was like, ‘Yo, that’s an idea that is brilliant.’”