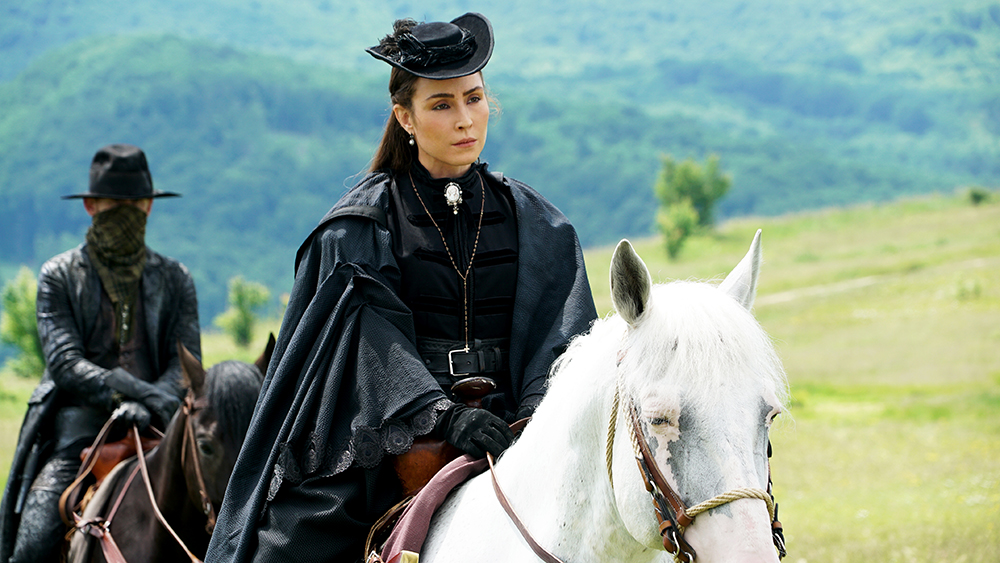 The Italian TV industry is chugging along seemingly undeterred by the pandemic’s impact, with local producers expected to churn out an estimated €500 million ($585 million) worth of scripted content in 2021 compared with $409 million in 2018.

Italy’s mini-boom, which is largely due to a rise in commissions from streamers, is happening just as the country’s production companies are snapped up by larger non-Italian groups amid a wave of media and entertainment industry consolidation in Europe.

In September, production and distribution giant Fremantle, owned by German group RTL, entered exclusive negotiations to gain control of Italy’s Lux Vide, the TV production company behind the “Medici,” “Devils” and “Leonardo” skeins, which have travelled widely. Fremantle already owns two other top Italian production companies: Wildside and the Apartment, which are behind Paolo Sorrentino’s “The Young Pope” skein and Luca Guadagnino’s “We Are Who We Are.”

Lux is now poised to join the ranks of other leading Italian TV industry players in foreign hands such as Cattleya (“Gomorrah”), controlled by Britain’s ITV; “Montalbano” shingle Palomar, in which France’s Mediawan holds a majority stake; and, albeit smaller, Fabula Pictures, maker of Netflix Italy Original “Baby,” controlled by France’s Federation Entertainment.

Being part of a larger European group gives these Italian companies, which continue to be operated by their founders, broader shoulders — crucial to be able to think big and shepherd product for the global market. It also gives them “more leverage when it comes to negotiating with the streamers,” says a top Italian TV exec.

The rules of engagement among streaming giants Netflix, Amazon Prime and Disney Plus — the main subscription services now operating in Italy — and the local production community are currently being hammered out by both parties as Italy implements the EU’s game-changing Audiovisual Media Services Directive, which involves investment obligations and will soon set out terms of trade for streamers.

“Producers can’t just be getting a producers’ fee in exchange for what they do,” says Giancarlo Leone, head of Italy’s TV producers’ association APA, which is the chief negotiator on the producers’ side. “Otherwise they become executive producers; not independent producers who have to hold on to IP.”

APA is pushing for Italian producers to be automatically able to sell off pay- and free-TV rights one year after a show drops on a streamer, and for a rule that would make SVOD rights revert back by law from streamers to producers after five years.

Being able to obtain what the Italian TV community considers to be healthy contractual conditions from streamers is its most pressing issue right now, given that the scripted content budgets of the country’s main linear broadcasters — state broadcaster RAI, its commercial rival Mediaset and pay-TV service Sky — are likely to shrink going forward.

RAI, which currently accounts for $187 million of the Italian TV market pie — roughly $35.11 million less compared with 2020 — remains the main industry driver and hopefully will not reduce its drama spend further. But Mediaset has substantially shrunk its production investments and is not likely to change course while Sky Italia’s production budget is also expected to reduce as the TV landscape changes.

“It’s clear that this growth will have to go hand in hand with the certainty of both investment obligations and rules of engagement,” says Leone. “We will push for more investments from everyone and for clear and certain rules.”

Below is a compendium of Italy’s upcoming high-profile skeins in various stages:

Django (pictured above)
This English-language reimagining of the world of “Django,” the cult 1966 Sergio Corbucci spaghetti Western that launched the career of Italian icon Franco Nero, is a Sky Studios and Canal Plus original touted as having the grit and edginess found on many premium TV series. The show’s cast includes Noomi Rapace, Nicholas Pinnock and Matthias Schoenaerts. Director Francesca Comencini has called it “a universal story with a narrative that celebrates diversity and minorities.”

The Lying Life of Adults
Shooting is set to start in October on this Elena Ferrante adaptation, which is a Netflix Italian Original series directed by Neapolitan helmer Edoardo De Angelis (“Indivisible”) with Valeria Golino playing a prominent role. The Ferrante book depicts the transition from childhood to adolescence during the 1990s of a young woman named Giovanna in a divided Naples: the upper-crust Naples of the high-quarters, and the Naples of its more vulgar and exciting low quarters where the protagonist’s intriguingly crass aunt Vittoria (Golino) lives.

Esterno Notte
Marco Bellocchio has been shooting this limited TV series about the 1978 kidnapping and assassination of former Italian Prime Minister Aldo Moro by Red Brigades terrorists. The veteran helmer, who previously recounted Moro’s still-mysterious abduction in the 2005 film “Goodmorning, Night” from the viewpoint of one of his captors, is taking a different narrative approach in this RAI Fiction skein that will re-construct the 55 days of Moro’s imprisonment from the POVs of Italy’s president at the time, Giovanni Leone, of Pope Paul VI, of Moro’s friends and family, and the country’s police and secret services.

Prisma
This Amazon Prime Video Italian Original centers on gender identity through the tale of two identical adolescent twins, Marco and Andrea, who challenge gender norms in different ways, along with their group of friends who are also going through a similar journey. The eight-episode show is set in the city of Latina, just south of Rome, and its surrounding area, which used to be a swamp until the land was drained under fascist rule. The area is now known for modernist architecture. “Prisma” is the brainchild of Ludovico Bessegato, who has gained local prominence as showrunner of “Skam Italia,” the Italian adaptation of the Nordic young adult drama that’s made a splash in Italy.

The Rising (aka Jesus)
English-language historical drama series is being produced by Italy’s Lux Vide and ex-Hasbro chief content officer Stephen J. Davis (“Transformers”). It focuses on what is being described as the human and secular story of Jesus Christ. Daniel Knauf, who is the creator and showrunner of HBO’s “Carnivàle,” is attached as “The Rising’s” showrunner, while Italy’s Jan Michelini, who broke out directing episodes of Lux’s hit “Medici: Masters of Florence,” is attached as director.

The Good Mothers
Among the first Italian originals commissioned by Disney Plus, this show depicts the Calabrian mob through the prism of three daring women inside the ‘Ndrangheta organized crime clan. The show is being scripted by British scribe Stephen Butchard (“Baghdad Central”) and based on a book by Brit journo Alex Perry. House Prods. of the U.K. and Italy’s Wildside are producing.