It’s rumored that Kanye West held a listening party in Las Vegas this past weekend to play songs from his long-teased album Donda. Now, more publicly, Live Nation Entertainment and G.O.O.D. Music’s Pusha T have announced that West will host a Donda Listening Event this Thursday (July 22) at Mercedes-Benz Stadium in Atlanta. Find the announcement below.

Back in June 2020, ahead of releasing his single “Wash Us in the Blood,” Kanye West said that his follow-up to Jesus Is King would be titled God’s Country. He quickly pivoted, claiming that the album Donda (or Donda: With Child) would get released in late July. No album materialized.

West has shared multiple proposed Donda tracklists. One tracklist featured “Wash Us in the Blood,” as well as a song called “Tell the Vision.” Notably, West features on a track of the same name on the new Pop Smoke album Faith.

Kanye West famously debuted his album The Life of Pablo at a massive listening event (and fashion show) at Madison Square Garden in 2016. He also held various events surrounding the releases of the 2018 Wyoming albums: Ye, Kids See Ghosts, Nas’ Nasir, and more. 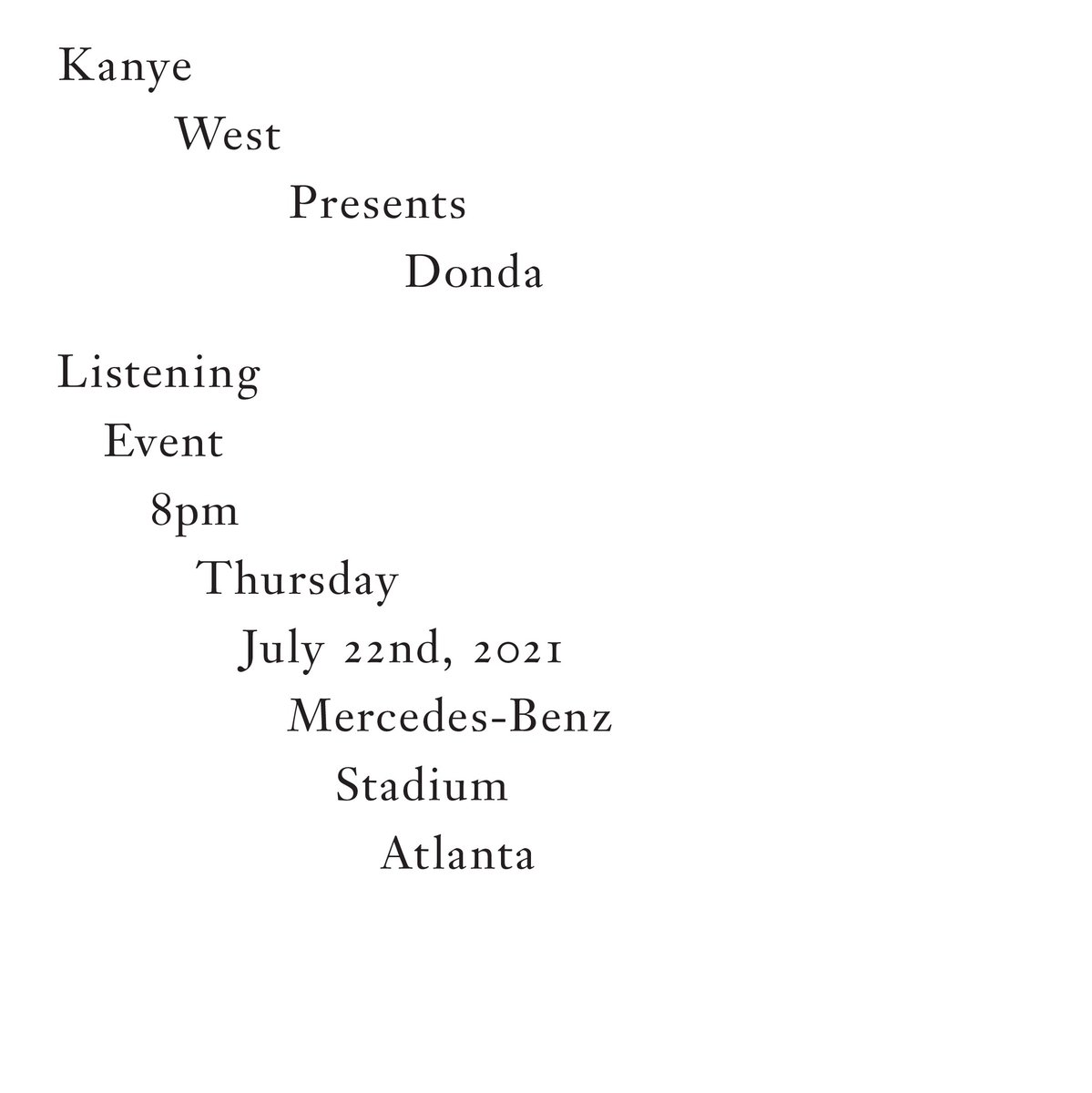 ‘Bad Habits’ Lead Ed Sheeran to No. 1 on Both Billboard Global Charts