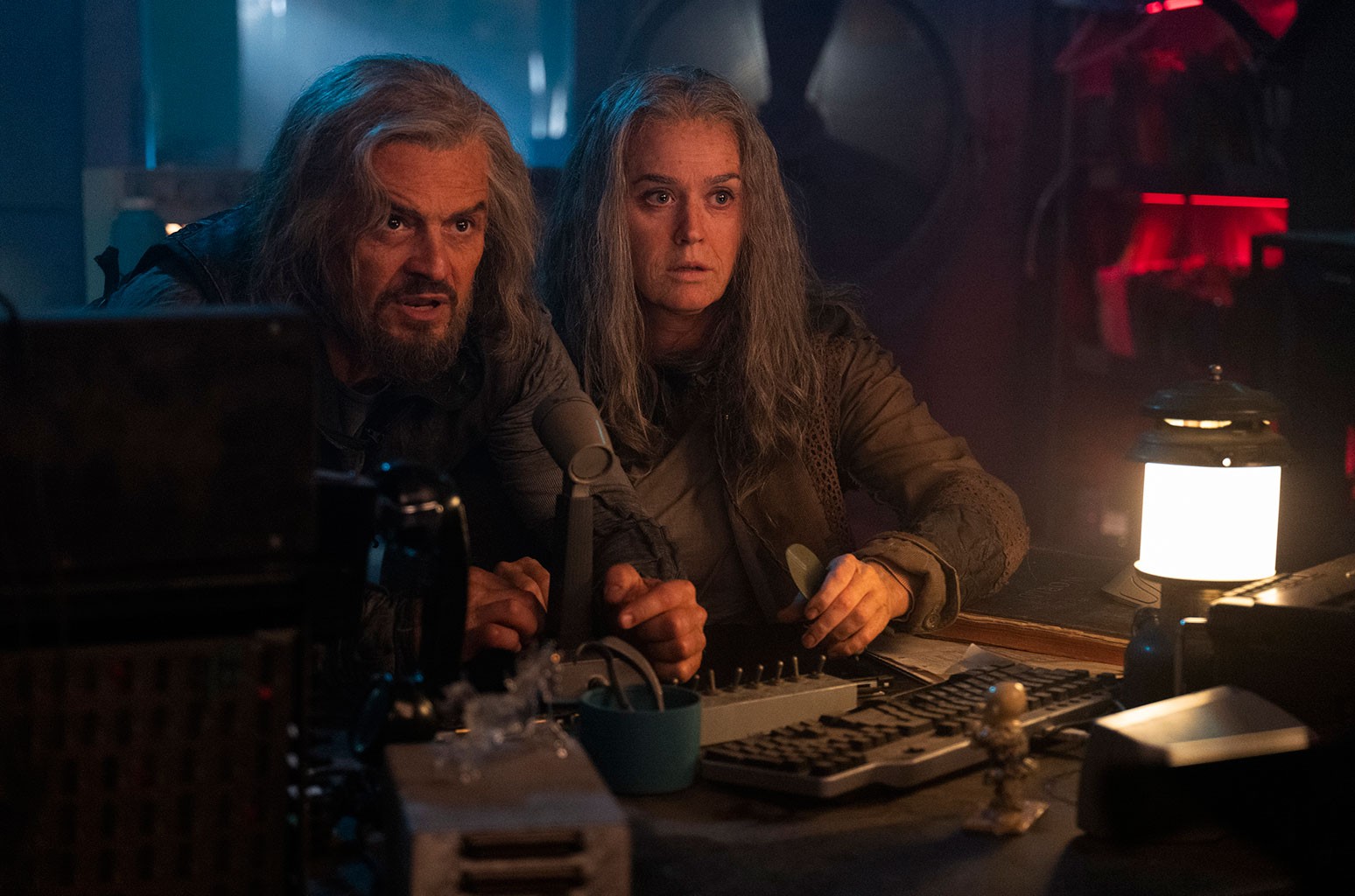 “You are our only hope,” Bloom tells Americans watching the nightly news in a Princess Leia-like plea for action. “The America you know doesn’t exist in our future. Democracy is dead. We have no voice. The Regime watches our every move.”

Perry adds, “It started when voter suppression ran wild all over America. The voting rights bills died in the Senate. Polling places closed. We lost our right to vote.”

As nefarious figures bear down on their bunker, Bloom makes one last request. “You have the power to change it,” he says as they beat down the door. “Save democracy while you can!” Perry urges viewers to call their Senators right away while Bloom sends a shout-out to the pair’s daughter, Daisy.

The For the People Act is an attempt to stop the nearly 400 bills introduced in 48 states since March aimed at rolling back voting rights and access to the polls in the wake of former president Trump’s baseless claims of election fraud in what bi-partisan experts have dubbed the most secure election in American history.

“The For the People Act is the single most important piece of legislation of our lifetimes, and 70% of the American people support it. It must pass — or we risk all of the freedoms promised by American democracy,” said Bloom in a statement about the bill aimed at limiting billionaires’ influence in politics, expanding voter registration and curtailing partisan gerrymandering. “No matter what issue you care about, it hinges on the For the People Act’s passage. I am proud to work with RepresentUs to bring attention to this bill at a time when the stakes have never been higher.”

Perry noted in a statement, “As we saw most recently in Georgia and Texas, politicians are attacking our freedom to vote through passing laws that make it harder for seniors, veterans, communities of color, and rural voters to cast their ballots. Time is running out to stop their efforts. I urge you to call your Senator immediately and tell them to vote in favor of the For the People Act.”

The House passed its version of the bill in March on a party-line vote, but its passage in the Senate is imperiled because a single democrat, Sen. Joe Manchin, is the only party member to have not signed on to support it. With a 50-50 split in the Senate, Manchin’s refusal to sign could imperil the act.

“RepresentUs made this ad because the American people need to know that our democracy is in grave danger. Passing the For the People Act really could be our last shot before the Great American experiment of self-governance fails and we slide into autocracy,” said Joshua Graham Lynn, president of RepresentUs, in a statement. “If we don’t act now, we face a future where elections are so rigged, so few people’s votes are counted, billionaires are so in control of our government that the voices of citizens are silenced just like Russia or North Korea.”

The group is asking Americans to call their senators to demand they vote in favor of the For the People Act.

Watch the video below.