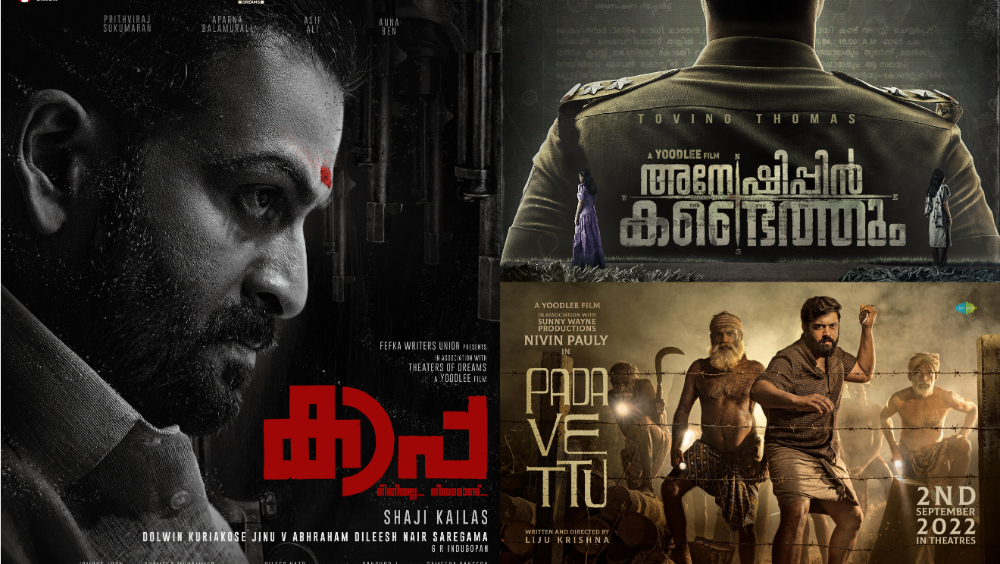 India’s Yoodlee Films is expanding its Malayalam-language slate with “Kaapa,” starring Prithviraj Sukumaran (“Driving License”), one of the top stars of the industry.

“Kaapa,” which has started principal photography, is co-produced by Jinu V. Abraham and Dolwin Kuriakose for Theatre of Dreams and the Film Employees Federation of Kerala (FEFKA) Writers Union, the first ever film backed by FEFKA. It is written by G.R. Indugopan (“Wolf”).

Sukumaran is also starring as late biscuit baron Rajan Pillai in a series produced by Yoodlee.

Set up in 2017, Yoodlee Films is the film division of Saregama India, India’s oldest music label. It has produced 20 titles so far. Its first film, Devashish Makhija’s “Ajji,” played at the Busan, Rotterdam and Gothenburg festivals.

Yoodlee is also on board Malayalam-language political thriller “Padavettu,” co-produced with Sunny Wayne, directed by Liju Krishna, and headlined by Nivin Pauly (“Premam”), which is due to release this year. The film also stars Shine Tom Chacko, Aditi Balan, Shammi Thilakan, Manoj Omen and Remya Suresh.

Sukumaran said: “ ‘Kaapa’ is going to be one of the best in its genre and I am glad Yoodlee is coming up with such great projects and have ventured into the Malayalam industry. This is a great time when talent and producers from various parts of the country are coming together to make good cinema that is loved by the entire country. I am really excited about ‘Kaapa’ and we have started with a bang.”

Kailas’ last film was “Kaduva,” starring Sukumaran, which released earlier this month and was a box office success.

Kailas said: “I am so excited to collaborate with Prithviraj again. I believe that we make a great combo together and can bring something best to the screens. ‘Kaapa’ is an action-packed entertainer and I’ll make sure that we do justice to the script and light the screen up.”

Siddharth Anand Kumar, VP, films and events, Saregama India, added: “With ‘Kaapa’ we are excited to get into the action thriller genre. Prithviraj and Shaji Kailas do not need any introduction and this film is going to push the mass narrative envelope even further. We have the privilege of working with some of the finest actors, directors, and technicians in the Malayalam film industry and we are sure of packing a punch.”