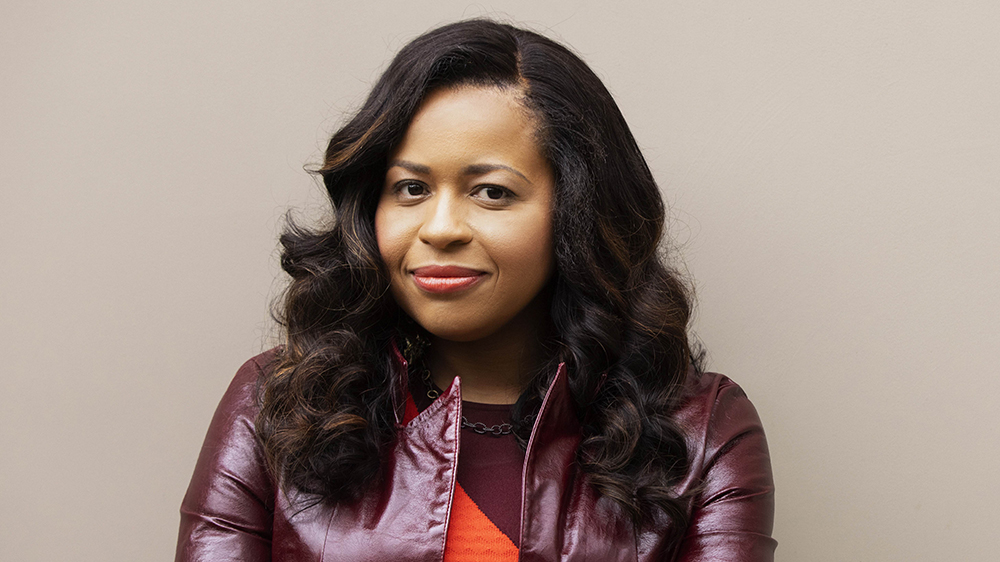 “Power” universe creator-showrunner, writer and producer Courtney A. Kemp has entered a multi-year creative partnership with Netflix. Through the overall deal, she will develop new projects via her production banner End of Episode. End of Episode’s development and support teams, as well as president Chris Selak, will join in the move to Netflix. Selak will continue in her role and lead the company alongside Kemp.

“Courtney is the real deal — a creative force and world-builder who makes great shows. I really admire her clarity of vision and voice, and she has a great sense for what audiences want,” Bela Bajaria, Netflix’s head of global TV, said in a statement announcing the pact. “Courtney has accomplished something really rare and extraordinary in television and we are thrilled to welcome her to Netflix.” The partnership enables the streamer to expand its global footprint while focusing on putting the spotlight on stories from women, BIPOC and LGBTQ creators.

“I am incredibly excited to join the Netflix family, and to continue to develop the kind of entertainment that End of Episode is known for — diverse, multilingual, watercooler, social-media fueled series that pack a serious punch,” Kemp added. “I am looking forward to working with Bela and her team, who really appreciate the voice and perspective that we bring to the table.” Kemp will remain an executive producer within the “Power” universe, alongside Curtis “50 Cent” Jackson and Mark Canton.

Prior to creating the massive “Power” franchise for Starz, which consists of four spinoffs (“Power Book II: Ghost,” “Power Book III: Raising Kanan,” “Power Book IV: Force” and “Power Book V: Influence”), she wrote and produced for “The Good Wife” and “The Bernie Mac Show,” among other series.

“For over 8 years, we have enjoyed a wonderful partnership with Courtney A. Kemp and we look forward to continuing that relationship across our multiple ‘Power’ Universe series,” said Jeffrey Hirsch, president and CEO of Starz. “She will continue to executive produce across all series for years to come alongside co-creator of the ‘Power’ Universe Curtis ‘50 Cent’ Jackson and Mark Canton. STARZ remains the home of the ‘Power’ Universe and Curtis ‘50 Cent’ Jackson, who continues to play a critical role in the world and had a unique and specific vision from the start.”

“Power” is a top ratings performer for Starz and has a hugely committed fanbase, but the series has lacked in its awards recognition.

Other than honors from the NAACP Image Awards, “Power” has not received any awards or nominations from the Emmys, Golden Globes or SAG — something that star and executive producer Curtis “50 Cent” Jackson frequently rants about.

Following the show’s over-the-top Season 6 premiere mega-event, held at Madison Square Garden, 50 Cent once again pointed out his show’s lack of awards recognition, sarcastically writing, “I made my own award show this year,” on his Instagram.

At the premiere event, up on stage at Madison Square Garden, show creator Courtney A. Kemp publicly gave a jab to awards voters, telling thousands of fans in the audience, “We pushed ourselves to give you the best show on TV. And even when the rest of the industry ignored us, you were there.”

Following the Madison Square Garden concert and screening, Kemp spoke to Variety at the afterparty, and elaborated on her statement up on stage.

“We have gotten no awards recognition, outside of the NAACP,” Kemp said. With a large sigh, she added, “It is distressing that a show could be this successful on a premium cable network, and to this day, I’ll say, ‘I’m a showrunner’ and people go, ‘Oh! What show?’ And I say ‘Power’ on Starz and they say, ‘Oh, I’ve never heard of it before.’ These are people in our industry.”

Kemp says that although “Power” has not received enough attention from within the industry, Hollywood has made progress to recognize other diverse shows and storytellers.

“With shows like ‘Atlanta’ and ‘Master of None,’ there has been a change,” she said. “But I just think that we started a little too early, before the change where shows like ours were actually seen.”

Seemingly giving a dig at “Game of Thrones,” Kemp elaborated, “I think our show is as good as any show on television. We don’t have dragons. We don’t have really big brand name stars. But what we have is great writing and great performances.”

“I would encourage everyone to try it because I’ve never had anyone try my show and not like it,” she added. “But let’s say it were the opposite, and I had all the critical acclaim I want, but nobody watches the show? I’m good. This is alright,” Kemp said with a laugh.

Things certainly are “alright” for Kemp. In 2018, she signed a rich multi-year pact with Lionsgate, securing a long and lucrative future with the company, and although “Power” is heading into its final season, Starz has numerous spinoffs in the works, including a series starring Mary J. Blige. And Kemp says she’s not sad that “Power” is ending.

“We got to end the show in the right way at the right time,” she said. “I ended it when we were out of stories on this chapter, and now we’re going to the next chapter.”