‘Your Honor’ Finale: Peter Moffat on That Shakespearean Ending 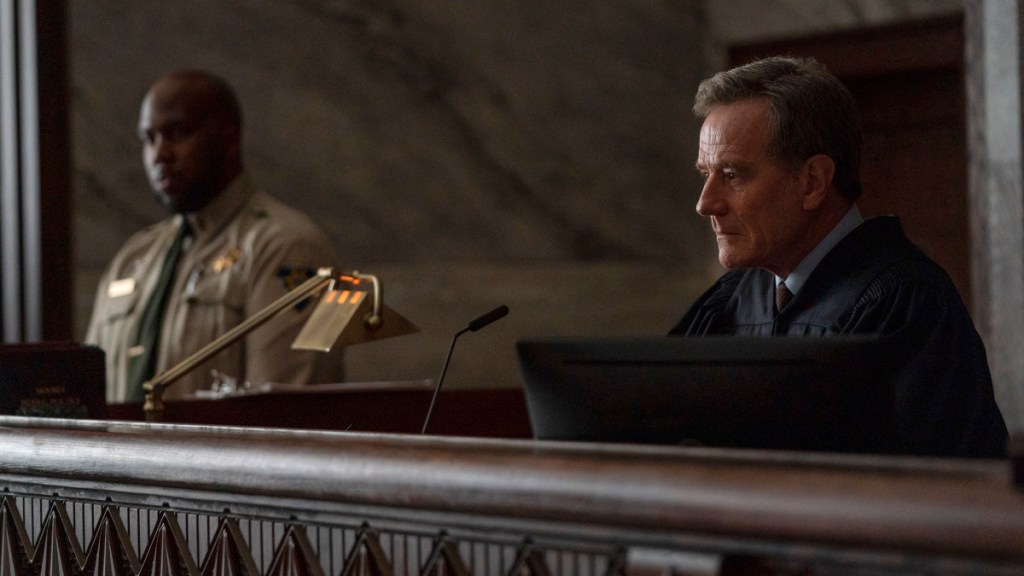 SPOILER ALERT: Do not read if you have not yet watched “Part Ten,” the series finale of “Your Honor.”

Showtime’s limited series “Your Honor” started with a horrific yet accidental child-on-child crime when Adam Desiato (Hunter Doohan) hit Rocco Baxter (Benjamin Wadsworth) with his car and then left the scene after Rocco had died in the street, so it seems only fitting that it would end with another. But, showrunner Peter Moffat tells Variety, that wasn’t always going to be the case.

“Originally the ending was going to be that Jimmy Baxter takes possession of Adam — that he owns him — and that’s the kind-of killing of Adam. While his father looks on, he loses Adam to his nemesis,” he says.

Instead, in the months Moffat had to sit with later scripts after production was paused due to the COVID-19 pandemic, he realized he wanted to bring Eugene (Benjamin Flores Jr.), the young man who lost his family because Jimmy Baxter (Michael Stuhlbarg) was led to believe it was one of them who killed his son, more centrally into the finale.

“He just really matters to me, that kid. I think Benjamin is a seriously good actor, especially the way he does very little but tells us so much — that’s very unusual in somebody that age, particularly,” Moffat says of Flores.

For 10 episodes, Adam’s father, Judge Michael Desiato (Bryan Cranston), went to extreme lengths to keep his son’s crime a secret. He let another teenager (Kofi, played by Lamar Johnson) take the fall, and Kofi ended up in jail, where Rocco’s older brother Carlo (Jimi Stanton) killed him. The Baxter family wanted greater payback and blew up Kofi’s home, killing his mother but miraculously sparing his younger brother Eugene, who happened to be out at the time. And when the Baxters closed in on the truth, Michael agreed to rig the system so he presided over Carlo’s trial. Carlo ended up being found not guilty, in part because of Michael’s manipulations within the courtroom, which made it seem like justice would not be served in any way.

Moffat kept the moments of Michael looking through the window of the Baxter Hotel and seeing Jimmy embracing and whispering to his son in the finale, but he ended up literally killing off Adam, too.

Adam was celebrating Carlo’s verdict with the Baxters because he began dating Fia Baxter (Lilli Kay) after the two met at a memorial for her brother. In a poetic twist, Eugene made his way into the Baxter Hotel to take revenge on Carlo, the man who physically murdered his brother — only to aim incorrectly and shoot Adam, the one who was actually responsible for setting all of these events in motion in the first place.

“Romeo’s not going to live. That’s the point of that very brief scene in the middle of the party at the Baxter Hotel — the promise of the future that Romeo isn’t going to have. A road trip to Alaska? That’s forever, but sure enough, that can’t be; tragedy is inevitable,” Moffat says.

All season long “Your Honor” had been steeped in tragedy, first from the outcome of Adam’s hit-and-run but then more notably to the way characters such as Jimmy and Michael wielded their power and privilege, to the detriment of lower income and primarily Black characters. The tragedy of the finale is not simply that Adam, too, lost his life, but it is that Eugene has been so failed by the system he felt he had to take matters into his own hands and has now become a criminal.

“In 10 episodes [we wanted to] describe the egregiousness, the injustice that happens to some people in the criminal justice system — that the color of your skin and how much money you have makes a massive difference to outcomes. That shouldn’t be true, but it is true and we wanted to tell that story,” Moffat says. “What the first 10 episodes have told us is the system has failed [Eugene]. Carmen Ejogo’s character Lee said, ‘Trust me, trust me, trust me. I can negotiate our way through this’ — not true. And it’s hardly ever true, in my experience. Eugene gives it a go, but it fails him, and that’s an important story in America today.”

Moffat, who spent a decade working in the criminal justice system in the U.K, shares he thought he was pretty “unshockable” after visiting prisons across the pond and being a part of the process for so long. But when he came to America, he found a “scandal” around prison conditions and “the way that courtrooms treat people who have only been accused of a crime — they’re not guilty of anything yet.” These were areas he wanted to focus on exploring in “Your Honor,” but he wanted to keep conversations between characters specific to their situation while still potentially opening the eyes of the audience to larger issues. Lee, for example, never explicitly calls Michael on his white privilege, yet the beats Moffat, and finale director Cranston, left in between them in the scene allow for audiences to fill in such judgements and emotions.

“I don’t want to be too polemical, but am I angry about the system and how it functions and how badly it fails some sections of the community? Absolutely,” Moffat says.

When crafting these complicated characters, from Michael to Jimmy to Eugene to the baliffs and prison guards, Moffat says the same strategy applies: “Each time he does something nefarious or that causes somebody to suffer, I think it’s important that you have to make that properly remarked upon,” he explains.”You give an audience an opportunity to say, ‘Would I do that? Do I share this moral [line] or am I different?’ And then they have the choice to decide about that for themselves, but the good thing is you’ve asked the question.”