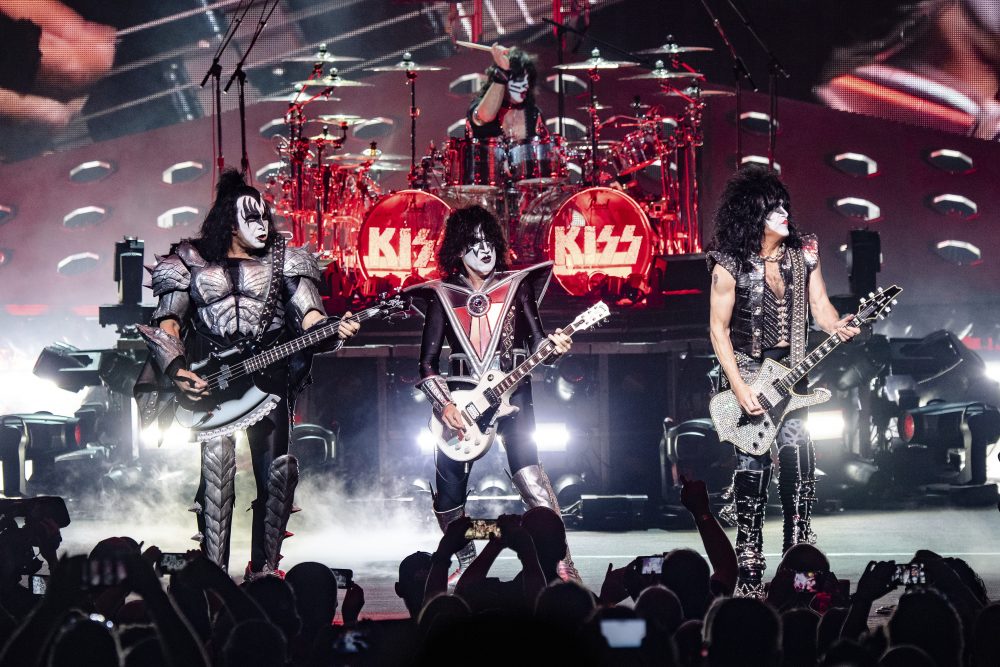 The book has closed on “KISS 2020 Goodbye,” the band’s livestream event broadcast from the Palm in Dubai — but not without changing a couple verses to adhere to local customs in the United Arab Emirates city.

The band replaced the phrase “virgin soul,” from the Gene Simmons-sung “God of Thunder,” to “sacred soul,” and also removed the word  “bitch” from “100,000 Years.” Also nixed: the band’s famed blood-spitting theatrics.

Although a playground for the rich and famous, Dubai is conservative about epithets that might not raise an eyebrow in America. Anything seen as a profanity or other bad language can be labeled as an obscene act, and offenders can be fined as much as Dhs 10,000 ($2,700) or jailed. Saying the word “fuck” is a crime in Dubai, as it “disgraces the honor or the modesty” of a person, according to Article 373 of the UAE Penal Code.

KISS (with founding bassist  Simmons and guitarist Paul Stanley now joined by guitarist Tommy Thayer and drummer Eric Singer) played a super-sized set of its “End of The Road” tour setlist, 22 songs in all, on a 250-foot stage. The massive production, produced by Landmarks Live Presents and directed by Daniel Catullo, was filmed in 4K, with more than 50 cameras and 360-degree views, and can be seen anytime (tickets for the replay are available through tixr.com).

KISS also set two high-water (or high-pyro) marks destined for the Guinness Book of World Records. One was the most flame projections launched simultaneously in a music concert. “I can reveal that you achieved a grand total of 73,” said a rep for the Guiness Book, on-camera. “You are officially amazing.”

KISS also set the record for the highest flame projections in a music concert, with the new benchmark being “35 meters.”

The band is still waiting on certification that it smashed the highest grossing pay-per-view livestream record for a rock concert. The minimum requirement, the rep said, is $10.4 million. The results are not yet certified, and the group has considerable competition tonight with a Justin Bieber livestream also scheduled for New Year’s Eve. “We still need to review the evidence,” the rep said from the stage. “Good luck, guys.”