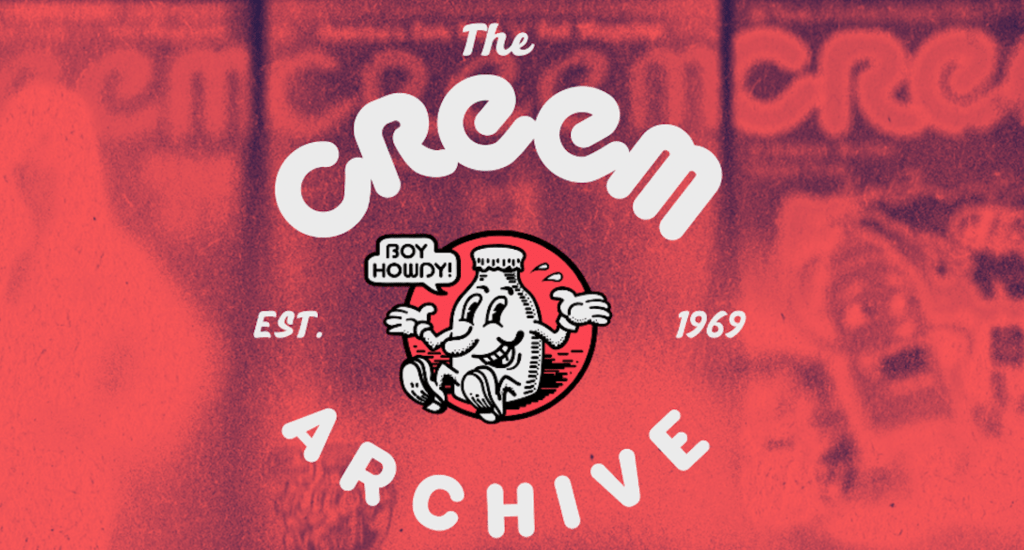 Creem magazine started publishing as a regional monthly in Detroit in 1969, but didn’t go national until 1971, with a firmly anti-establishment bias that took aim at the likes of Jann Wenner’s Rolling Stone and Paul Williams’ Crawdaddy for eminence in the heady early days of rock criticism. Among its earliest writers were certified pioneers like Dave Marsh, the dark rumblings of the late Lester Bangs and Nick Tosches, and rock-crit icons Greil Marcus, Robert Christgau, Cameron Crowe, John Mendelsohn, Lisa Robinson, Lenny Kaye, Wayne Robins, Ben Edmonds and Sylvie Simmons. They all mingled with the likes of Patti Smith, who memorably reviewed Todd Rundgren’s “A Wizard, A True Star” (one of those listed below) years before inviting him to become her producer.

And now, reincarnation becomes it, as a rich online archive of the past and, against all odds, a print magazine heading into the future. One of Creem’s original writer-editors, Jaan Uhelszki — a producer, writer and talking head in the 2019 documentary, “Creem: America’s Only Rock ‘n’ Roll Magazine” — is a consultant for a reinvention being spearheaded by J.J. Kramer, son of original maverick publisher Barry Kramer, who died from a drug overdose in 1981.

Creem’s newly online archives include 224 digitized issues and more than 69,000 articles from 1969-89 as a reminder of its cheeky stature as the Mad magazine of rock zines. All these pieces are now online for free but will eventually cost users $5 monthly for unlimited access. A $79 payment unlocks the digital archives plus new quarterly print editions with a discount on merchandising with the famed Boy Howdy logo. It’s a treasure trove of early rock writing back when the bands you admired formed a political/aesthetic statement.

After perusing the archives, we’ve chosen a list of 10 editorial nuggets scattered throughout the 20 years represented. Hey, even I have eight articles included from my time writing for Creem in the ‘80s, after it moved to Los Angeles with editors Dave DiMartino, Bill Holdship and John Kordosh, its celebrated heyday in the rear-view mirror.

John Mendelsohn, “Judy Garland Is Dead but the Memory of Brian Jones Lives in All of Us” (May ’71): Mendelsohn, one of the more controversial figures in rock-crit history, contributed to both the L.A. Times and Rolling Stone while still a student at UCLA, and is well remembered in some circles for sarcastically panning the first two Led Zeppelin albums for the latter. A preening cock-of-the walk who worshipped the sartorial mod elegance of both the Kinks and David Bowie, Mendelsohn was also the dandyish front man for an L.A.-based faux British Invasion group called Christopher Milk (produced by Beatles engineer Chris Thomas), at which point which all the writers and musicians he’d attacked turned on him. This rambling essay captures a day and night in the life of a narcissistic Hollywood hipster, picking up a hitchhiker on Sunset, lazily getting high and seducing her in his apartment, then getting beat up in the bathroom of the Whisky and cuffed by cops in the street, all delivered in a hilarious, self-obsessed screed. It’s a veritable “American Psycho” of countercultural posing, hair-worshipping and glib posturing that gives reason enough why Mendelsohn was one of the most polarizing music writers (and would-be performers) of his era. He manages to be both dead-serious and viciously self-mocking at the same time.

Lester Bangs, “C’Mon Sugar, Let’s Go All Nite: Jukin’ with Wet Willie” (Oct. ‘74): Bangs was, of course, the living embodiment of Creem’s Boy Howdy rawk essence, and I could’ve picked any number of his famous encounters with Lou Reed (his rave “Berlin” review, which dubbed it “disgustingly brilliant,” was titled “Brilliance You’d Hate To Get Trapped With”). The legendary roustabout proceeded to have a “guzzling contest with the Wet heads,” reviewing the Georgia band of that name on the dime of Phil Walden’s Capricorn label, complete with his rendition of the guys’ southern drawl that would never fly in these woke times. (“’Laiester, can yew draink this down ta thair?’ Shitcheah man, I grabbed that slumgullion and guzzled it whole, slammed it back in his mitt and didn’t even wiggle. Everybody else in the room whooped in admiration.  I was in the South, and it felt fine.”) Lester even managed to introduce the band from the stage (“these Southland raggedymop bopboys”), but his cavalier use of the N-word would be a tough sell in today’s world (“If these crackers can play like… and get rich at it, I can damn sure talk like one and get hung”). Creem was not then, nor is it today, politically correct, and Lester’s description of trying to procure the lads groupies when they hit Detroit is a hilarious “Spinal Tap” narrative that would make “Almost Famous” auteur Cameron Crowe blush. It’s as egregiously cringeworthy today as it probably was then, though nobody much noticed.

Patti Smith, “Todd’s Electric Exploitation: Rock and Roll for the Skull” (April ‘73): Creem was very generous to female writers back in the day, and before she was ever a rock star, Smith penned a number of critical pieces for the magazine, showing off her poetic, lyrical gifts, including this review of “A Wizard, a True Star” that had me at the first line, where she compares it to the “solar burst” and “zoot suit Jesus return to light” at the close of the great Robert Downey, Sr.’s “Greaser’s Palace.” Her stream-of-consciousness paean ends with what might be a description of her own soon-to-be rock stardom. “Each album he vomits like a diary. Each page closer to the stars. Process is the point. A kaleidoscoping [sic] view. Blasphemy even the gods smile on. Rock and roll for the skull. A very noble concept. Past present and tomorrow in one glance. Understanding through musical sensation.” You can even forgive her for writing about someone she was dating, much as she did later on with Television’s Tom Verlaine.

Nick Tosches, “Blondie Plucks Her Legs” (June ’79): The late Tosches started out as a rock writer, penning “Hellfire,” his acclaimed 1982 biography of Jerry Lee Lewis, then went on to write books about Dean Martin and boxer Sonny Liston along with five hardboiled novels and even a poetry collection. His approach to an emerging Debbie Harry was pure Creem, betting three separate friends she’d reveal her age (she doesn’t) before asking, “You still menstruate, don’t you?,” then proceeding to wonder if she shaves her legs (she – of course – plucks them), whether she considers herself a mean bitch, gets groupies, likes foreigners, why she doesn’t have her own TV series and the difference between breaking bands in the U.K. and America. All over a tuna salad which keeps reappearing as a leitmotif. Debbie also reveals she wouldn’t mind being a mom at some point, considers herself a housewife because “I vacuum once in a while,” and shares her love for her Paterson, NJ home, subject of a classic William Carlos Williams poem. Tosches starts off prodding Debbie, but the two come to reluctantly bond by the end of their give-and-take convo.

Jaan Uhelszki, “I Dreamed I Was On-Stage With KISS in My Maidenform Bra” (August ’75): This Detroit native’s first gigs at Creem were as a subscription manager and circulation director before becoming one of the mag’s strong female presences as a writer and columnist. This is one of her classics, in which she asks and answers the immortal question, “How about if I join KISS for a night?” on-stage, hoping to get an inside look at this anticipated but still largely unknown band at the very start of its career at Casablanca Records. The buildup involves Gene Simmons burning his hair, and Uhelszki observing Paul Stanley “is the throb of the teenage heart, luring them away from their Barbie Dolls into the backroom.” She describes the feeling of being a woman among this rock ‘n’ roll boys club locker room, noting someone asking, “Hey, Uhelszki, you put out?” and members of the band giving a female limo driver a sexist hard time. The highlight finds her getting backstage make-up tips from the band and comparing manager Bill Aucoin’s sage advice to venerable baseball manager Casey Stengel’s. “Don’t worry,” he counsels her about a rip in her Danskin tights. “Who’s going to notice 50 rows back?”

Dave Marsh, “Gary Glitter: Garbage Rock Comes of Age” (April ’73): As its second chief editor, dubbed by the staff “the teenage dwarf,” Marsh gave Creem its midwestern working class, anti-L.A./N.Y. version of political activism, his acerbic wit often put to the use of promoting his beloved “punk” rock, a term many give him credit for popularizing for the garage bands that came out of the Detroit area, like one of his faves, ? and the Mysterians of “96 Tears” fame. In this typically contrarian screed, Marsh visits a pre-disgraced Gary Glitter concert, finding him “an imposing, if ridiculous figure… a vaudeville mortician,” comparing him, not without grudging admiration, as a “tackier Elvis.” For Marsh, the glitter phenomenon can be traced backward and forward to groups like Slade and Grand Funk Railroad, blue-collar heroes he supports ideologically, forming an integral part of Creem’s left field (but not necessarily left-wing) ethos, which maintains that some things are so awful they come out the other side as worthy. In the mag’s annual Readers’ Poll one year, the New York Dolls were voted both Best and Worst Group, the perfect expression of that dualism. Marsh did put his finger on Glitter’s future as a sex offender by noting, “[He] raises the demon inside me which makes me long to become a manager or producer or some similar sort of Svengali.” Or Bruce Springsteen’s consigliere. Turns out Marsh was flown to London to see Glitter at the Palladium and even met his mother. His conclusion is classic: “No wonder rock ‘n’ roll’s falling apart. There’s no place anyone can be idiotic anymore. For Gary Glitter – and for me – that’s the worst kind of shame. The rest of you can sleep with your record collection.”

Cameron Crowe, “Ian Anderson Explains How Martians Hear Music” (January ’75): Long before he was a film writer-director and Broadway impresario, Crowe was a young kid from San Diego seeking counsel from Lester Bangs about being a rock critic. He almost-famously ended up at Rolling Stone, but also wrote for Lester at Creem, including this article, in which he tasks three teenage Jethro Tull fanatics even more inexperienced than he was to grill the legendarily peevish Ian Anderson, who proceeds to excoriate music critics, talk about a planned movie, how little he makes from touring (“All I have to show for what I’ve been doing these past seven years is a nice suitcase that I’m very fond of and a few instruments”), his home base (he claimed he was going to stay in Holiday Inns for a year), a visit from his then-manager, Chrysalis Records’ Terry Ellis, and his closing statement, which gives the article its name: “Before you ever get caught up in trying to figure out the deepest inner meaning of any music, much less Jethro Tull music, just remember that it’s all noise. To a Martian, it’s no better or worse than a buzz saw.”

Lenny Kaye, “To Live Outside the Law You Must Be Honest” (Nov. ’71): The longtime Patti Smith Group guitarist and rock historian – his garage band compilation “Nuggets” helped launch the mid-to-late ‘70s punk revolution – is also a terrific writer-critic who just published a new book. “Lightning Striking: Ten Transformative Moments in Rock and Roll.” This is Kaye’s telling look at Terry Knight, a one-time musician himself (Terry Knight and the Pack), who left his own wobbly career with regional hits like “I (Who Have Nothing)” to manage Grand Funk Railroad, taking the music industry by storm in the early ‘70s, and attracting the support of their fellow Midwesterners at Creem. The occasion was the band’s sold-out con