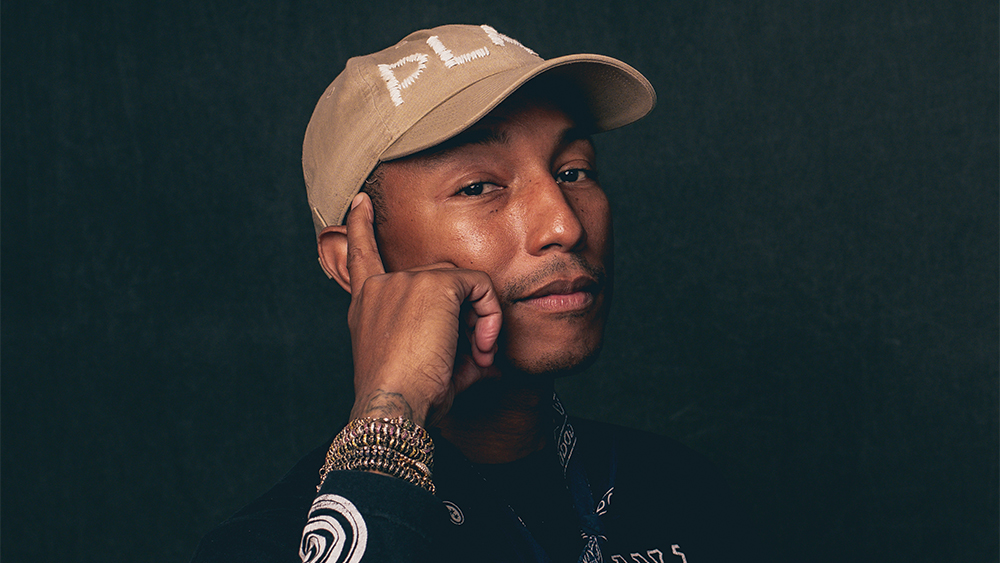 Almost three decades into his music career, the artist, producer, fashion mogul and entrepreneur is hungrier than ever for the next best thing. Enter “OTHERtone,” Williams’ radio show with co-hosts Scott Vener and Fam-Lay that serves as an exploration into the minds of “culture’s unicorns” as well as a “distraction” from the world’s divisiveness. Williams insists that “OTHERtone” is a “music show that has conversation,” not a talk show with songs sprinkled in.

Created in 2015 on Apple’s Beats 1 Radio before undergoing various iterations over the years, “OTHERtone” is returning to Apple Music with all new guests as well as a network of other shows handpicked by Williams. Airing every other Sunday at 3 p.m. PT, the show is available live and on demand for Apple Music subscribers.

Coinciding with the launch of Season 2, which kicked off with Soulja Boy, Williams sat down with Variety to discuss the future of “OTHERtone” and why listeners should “prepare to go on a ride.”

You have infinite ways of expressing yourself, whether that be through music, music production, videos, fashion, etc. Why a radio show?

It’s a music show that has conversation, versus a conversation platform that also has music. That sense of discovery is important to me. I love hearing the music, and Scott Vener is like the quintessential bloodhound. He knows which way the wind blows. We all have natural listening habits, and then we have like our sources, and Scott is one of my sources. And so why not share this opportunity with him, and still get that amazing sense of discovery, but also share it with everybody at the same time while having conversations with people in between?

There have been a few different iterations of “OTHERtone.” Why was that important to you to go back to Apple, which is where it all started?

I enjoyed the partnership, and I enjoyed the extended team. It was just a very beautiful experience. Think about it — one of the biggest technology companies in the world affords you the opportunity to discover music and share it with people at same time, while having interesting conversations interwoven.

Your upcoming guests include Soulja Boy, actor Yara Shahidi and internet comedian Druski. Was there an effort to diversify the types of guests you’re bringing on for Season 2?

Yeah. And there’s also episodes that we did where we didn’t have the music — it was just purely the conversation — and those are coming as well. Those will be woven into the music ones because there’s just so much music. There’s more music than conversation out there in the world, and it’s necessary because music brings people together. Music is the vehicle for the dialogue, and we need more of that. The human species is in trouble, and we need more ways to congregate and galvanize. And this is just another way for us to do our part, to bring people together.

You’ve said that “OTHERtone” is like school, or education, to you. What do you mean by that and what have you learned from doing the shows so far?

It’s a crash course. You’re hearing what the collective conscious is thinking one artist at a time, or one song at a time. There are trillions and trillions of drips of water in the ocean. When you see it, you see the ocean, but drip by drip… man, it’s the collective force that makes the ocean, and that’s what you’re hearing when you hear this music. You basically have one drip at a time of what mankind is thinking. And it’s such a beautiful harmonic distraction from all of the divisiveness that’s going on right now.

What else can we expect from from Season 2?

Man, just prepare to go on a ride. It’s gonna be good for you when you’re jogging, when you’re in a traffic jam, when you’re on your flight. That sense of discovery is a really beautiful thing. There’s nothing like a new restaurant or television series that someone’s just told you about. And all of the good stuff usually doesn’t have an ad — it’s always word of mouth. And that’s what this is… it’s another one of those amazing experiences you get to share with people at the dinner table or at the water cooler.

“OTHERtone” is not only your show — it’s a network. What can you tell me about the other shows?

We have “The Prescription,” which is hosted by a good friend of mine who’s a bishop. He just sees around the corner like none other, and it always refers back to some sort of universal truth. The conversations that he had there are incredibly enlightening — you watch somebody read someone with no prior warning and tell them things about themselves, people in their lives, where they’re headed. It’s magical.

And then there’s Michael Harriot, who is an incredible writer who was the first one to use the phrase “Black as fuck” or “Black AF.” He [coined the term] Black Twitter, and he was the first to say who could be “invited to the cookout.” The things that he says and the things that you will learn, not only about the African diaspora or our relationship with our beautiful nation, but things in the world as they pertain to black folks, is just incredibly enlightening. You walk away a couple IQ points higher.

The Yumi girls have these really amazing conversations that work perfectly for people who have children. It’s not about Pampers and baby formula; it’s more about introducing the right diet to your child to make sure that things stimulate the right synaptic connections. These are really helpful things for parents, and I would know because I have 1900 children. The network is really shaping up, and there are some another shows that I am not at liberty to discuss at the moment, but what we’re doing is really interesting.

Speaking of your own kids, what type of music are they gravitating toward, and how much of a role are you playing in introducing them to stuff?

Rocket [age 12] knows all the rap stuff. And my other children, they just like what they hear. But they’re all studying music for real. So we’re listening to [Shinichi] Suzuki in the house right now.

You had a viral moment a couple months ago when you were talking to Dave Grohl about how disco and the Gap Band influenced his Nirvana drumming. Why did that resonate with you and so many other people on the internet?

I loved hearing that Nirvana and Charlie Wilson had a connection. That was just mindblowing to me. As soon as he said it, it just clicked. He was so clear about it. Charlie Wilson is the GOAT, bro. Charlie Wilson, the Gap Band… all of that was unbelievable. My parents used to play that music, and it’s always been an honor to work with Uncle Charlie. Seeing him get his flowers so many times with Kanye and Tyler, the Creator, and just continuing to be out there, still doing it and sounding amazing… and then to wake up one day and hear that [Wilson’s] music affected Dave Grohl, and so much so that it would end up on “Smells Like Teen Spirit.” What? Charlie is the GOAT.