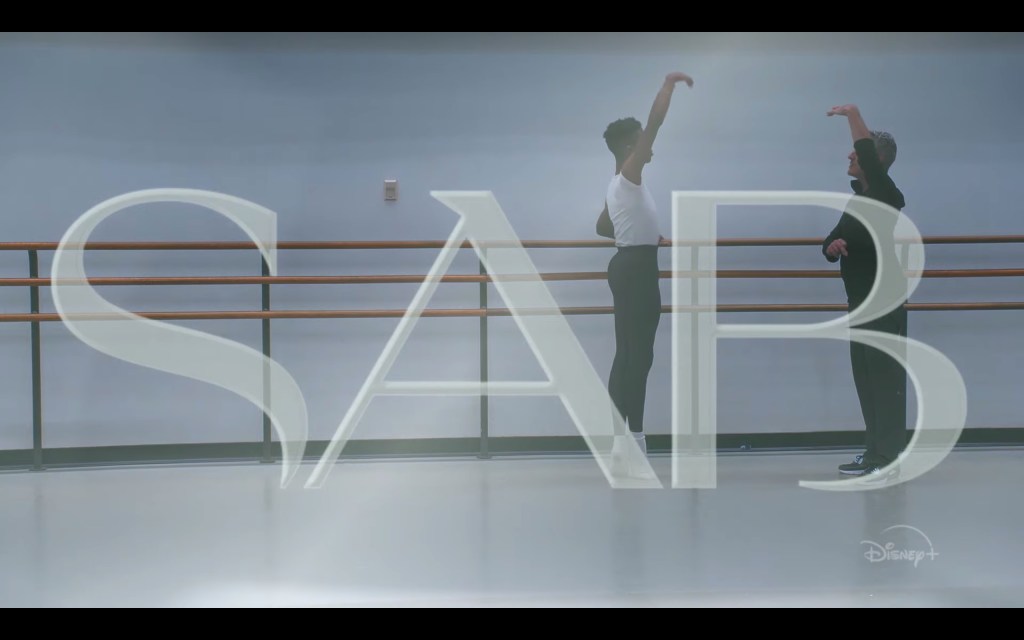 In today’s TV news roundup, Disney Plus shared a trailer for its “On Pointe” docuseries, and Lifetime announced the premiere date for Season 12 of “Married at First Sight.”

Lifetime announced that “Married at First Sight” will return on Jan. 13 at 8 p.m. for a three-hour Season 12 premiere. The show introduces 10 single people are paired together and married, as the title suggests, at first sight. For the next eight weeks, the couples then live together as the show documents their experiences. At the end of the season, they choose whether or not they’d like to divorce or remain a married couple. Dec. 30 will see the matchmaking special, which introduces the cast and explains how the matchmaking process works. And on Jan. 6, the kickoff special shows behind-the-scenes insight into the selection process with a panel of experts. Chris Coelen, Eric Detwiler, Ally Simpson, Montre Burton, Toni Gallagher and Gena McCarthy executive produce the show.

Disney Plus revealed a new trailer for the upcoming docuseries “On Pointe,” which captures the schedules and experiences of students throughout a season at the School of American Ballet in New York City. Scheduled for a Dec. 18 premiere, the series details the ways in which younger students prepare for a “George Balanchine’s The Nutcracker” performance, while older students work to launch their dance careers. Larissa Bills directs and produces the show, with Brian Grazer, Ron Howard, Sara Bernstein, Justin Wilkes and Matthew O’Neill serving as executive producers. Watch the “On Pointe” trailer below.

HBO Max released a trailer for “House of Ho” ahead of the series’ Dec. 10 premiere date. The nonfiction reality series, which follows a well-off Vietnamese-American family, deals with the pressure placed on the adult children (Judy Ho and Washington Ho) of two immigrant parents, Hue Ho and Binh Ho. Executive producers for the series include Katy Wallin, Stephanie Bloch Chambers, and Nick Lee. Amanda Ly and Rosalina Lydster serve as co-executive producers. Watch the trailer below.

Investigation Discovery has shared an exclusive clip from “Murder in Ypsilanti: Keith Morrison Investigates” with Variety. The two-hour special, which is set to premiere Nov. 30, is just one of five new true crime specials to air daily from Nov. 27 to Dec. 1 for the Thanksgiving holiday. Set in 1993, “Murder in Ypsilanti” tells the story of a young woman who disappears, ultimately ending in the case going cold. Decades later, a new death reveals new connections to the prior case. Keith Morrison, a Dateline NBC correspondent, conducts interviews with people connected to each case to paint a more clear picture of what happened to both women. Watch the exclusive clip below.

During the Tuesday “A Very Special G4 Holiday Reunion Special” on YouTube Live, G4 announced the signing of WWE Superstar Xavier Woods, also known as Austin Creed. The special also marked the beginning of the Gravython charity event with streamers like DrLupo, Chica and Mari Takahashi. Woods will serve as on-air talent for the gaming network. The WWE Superstar reigned as a seven-time SmackDown Tag Team Champion, hosted WrestleMania and also created UpUpDownDown, a gaming YouTube channel with over two million subscribers. The reunion will have its linear premiere Nov. 27 at 12 a.m. on Syfy.

NBC has been forced to change its Thanksgiving schedule due to the NFL game between the Pittsburgh Steelers and the Baltimore Ravens being moved to Sunday. The NFL made the decision as a result of a worsening COVID-19 outbreak in the Ravens camp and amid irate responses from Steelers players. NBC will now air a repeat of the “National Dog Show,” which is taking place earlier in the day, at 8 p.m., followed by a rerun of “The Wall” in the 10 p.m. time slot.

The members of the original “Saved by the Bell” cast to be announced, Melissa McCarthy and Sheryl Crow will appear on “The Tonight Show Starring Jimmy Fallon” tonight. Also, “The Late Show With Stephen Colbert” will feature Rob Corddry, José Andrés and John Lithgow, while “Late Night With Seth Meyers” will include John Oliver and Joe Buck.