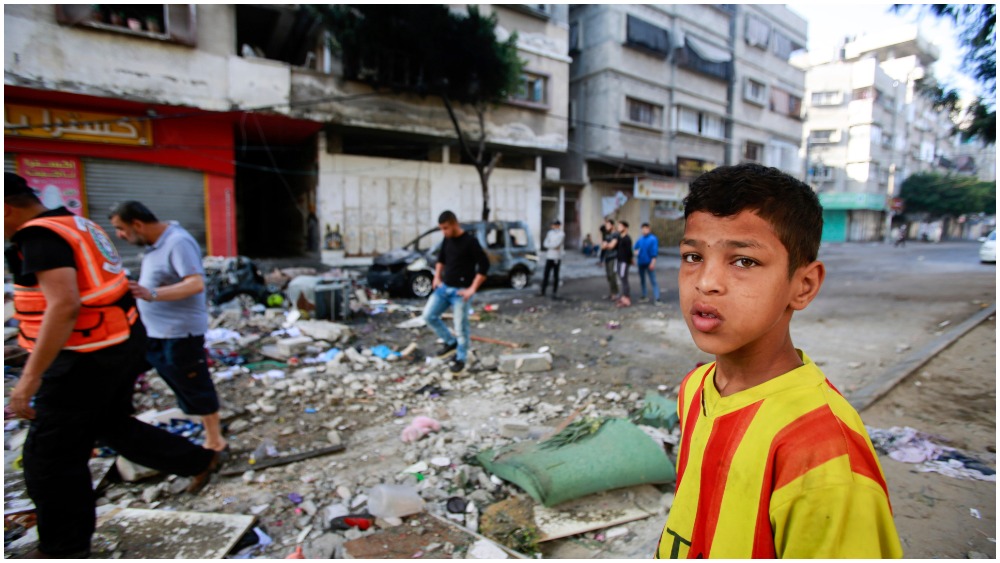 After 10 consecutive days of violence, the renewed Israeli-Palestinian conflict is already considered the worst clash since 2014. For a film community known to be fiercely opposed to the politics led by Israel Prime Minister Benjamin Netanyahu, both Palestinian and Israeli filmmakers and producers fear the escalation of violence will cause irreparable damage. There have been countless fallouts between Israelis and Palestinians in the region over the last 70 years, but industry executives indicate that the proliferation of social media is taking commentary on the conflict to unprecedented levels.

“Today, because of social media, hatred is spreading much quicker. This is a nightmare, and it will affect relationships in the medium to long term,” predicts Rani Massalha, the Paris-based French-Palestinian producer of Tarzan and Arab Nasser’s “Gaza Mon Amour” which opened at Venice and represented Palestine in the Oscar race this year.

“When I started my career as a director with ‘Girafada,’ we had a mixed crew with French, Germans, Palestinians and Israelis,” recalls Massalha. “We shot entirely in the West Bank. Everything was going smoothly until a clash exploded between Israel and Hamas during the last five days of the shoot…All of a sudden, it crystallized tensions within the crew.”

Massalha admits he is “afraid for the future” and concerned that relationships will be strained, “because what’s happening now is terrible.”

Although trivial compared to the ongoing human tragedy, a number of Israeli productions have been impacted by the new cycle of violence, including season 3 of espionage thriller “False Flag,” which was filming in a hospital outside of Tel Aviv when the conflict reignited.

Eitan Mansuri, who is producing the show for Keshet International, says the crew had to move twice inside the hospital and eventually cancel the third day of shooting because of the crisis. But, ultimately, “these hurdles mean nothing compared to what’s happening in Gaza,” says the producer, whose credits include Samuel Maoz’s Venice Grand Jury Prize winner “Foxtrot,” which captures the inner turmoil of a society caught in perpetual warfare.

The cancellation of flights is also impacting the post-production of various festival-bound films that are being produced in Europe. Among them is Ari Folman’s “Anne Frank’s Diary.” The filmmaker was supposed to travel to Belgium for a final sound mix earlier this week, but was grounded.

Elsewhere, the conflict is also stirring tensions on current shoots, such as the Yoav Roeh-produced “The Future,” whose cast and crew is comprised of both Palestinians and Israelis. The civic unrest has created tensions and some uneasiness on set, says industry consultant and academic Katriel Schory, the former head of the Israel Film Fund.

Just last week, Maisa Abd Elhadi — a prominent Palestinian Israeli actor known for “The Angel” and set to star in Hany Abu-Assad’s next film, “Huda’s Salon” — was badly injured by Israeli forces during a protest in Haifa. Meanwhile, the weekend saw an arts and culture centre set up by Palestinian director Annemarie Jacir and her artist sister Emily Jacir in the West Bank town of Bethlehem raided by the Israeli army.

Abu-Assad, the laureled Dutch-Palestinian director of Oscar-nominated “Paradise Now” and “Omar” — who is considered one of the top two Palestinian filmmakers alongside Elia Suleiman — is equally emotional when addressing the situation in Gaza.

“Personally, I can’t concentrate anymore on my work. I couldn’t do anything all week, I was very disturbed. It’s very difficult, especially when police brutality comes so close to you,” says the Holland-based Abu-Assad, who notes that injured actor Maisa Abd Elhadi is the lead in his latest project.

Drawing parallels between the current Israeli leadership and the former U.S. administration under President Donald Trump, Abu-Assad contends that the poor handling of the situation is a “disaster for both Jews and Arabs.”

Amos Gitai, the revered Israeli filmmaker of “Kippur” and “Kadosh,” whose latest film, “Laila in Haifa,” competed at Venice, says the region is once again being “dragged into bloody ritual” and “ceremonial violence and killing” that is being used by Netanyahu’s government and Palestine’s Hamas to serve their respective agendas.

“We’re trapped in a cage, caught between these two negative forces on both societies and they are deepening the gap between Jews and Arabs,” says Gitai, who added that racial violence is now spreading across several towns in Israel.

As for its impact on the film sector, holding on to relationships is crucial in turbulent times, says Gitai. “As we say, ‘when the cannons are heard, the muses are silent,’ but that’s a mistake. We must keep the dialogue open.”

Gitai’s “Laila in Haifa” starred Palestinian and Israeli actors, including the injured Abd Elhadi, and filmed in the Palestinian area of Haifa with a mixed crew. “I called Maisa and spoke to her,” says the director. “We need to reinforce human relationships.”

The Israeli film industry took a heavy blow in 2018 with the arrival of Miri Regev, the former conservative Israeli minister of culture and sports, who restricted the editorial independence of local film funds and cut government funding for filmmakers who were critical towards Israel.

Regev also pushed Schory, who was at the helm of the Israel Film Fund, to step down after a two-decade-long tenure, during which he greenlit controversial and politically charged Israeli films such as “Gett: The Trial of Vivianne Amsalem,” “Waltz With Bashir,” “Lebanon” and “Foxtrot.”

Today’s film landscape is much less provocative, with fewer Israeli films crossing national borders and shining at international festivals. Many filmmakers have moved into TV drama to continue pushing the envelope, either with streamers or deep-pocketed broadcasters, while some of the country’s biggest filmmakers, notably Gitai, Nadav Lapid (“Ahed’s Knee”) and Ari Folman (“Waltz With Bashir”), have fully turned to Europe to get their movies financed without interference from the Israeli government.

Gitai, who is also concerned for young filmmakers, says the government’s tactic of intimidating Israeli voices when they touch on sensitive subjects has been effective. “It’s a pity because Israeli cinema used to be culturally relevant and by attacking it, they have weakened it.”

“To build a bridge takes a lot of work, thinking and delicate manoeuvre, but to explode it can be very fast and easy,” notes Gitai, who is based in Tel Aviv and will soon travel to Paris to direct the play “Itzhak Rabin: Chronique d’un assassinat,” inspired by his 2015 movie “Rabin, The Last Days,” at the Chatelet Theater.

“The situation is chaotic in every aspect,” says Schory. “This country went through four elections within the last two years, and the culture sector has been without a budget for more than two years because there is no parliament.”

Schory also warns that there could be some backlash from the international film community in the wake of the conflict. “There were discussions to have Israel join Creative Europe and Eurimages [two European funding bodies]…I hope what’s going on will not create a problem.”

In the Arab world, meanwhile, the renewed conflict is unlikely to have any serious repercussions due to Egypt and the United Arab Emirates’ economic and political interests in Israel. Mohammed Hefzy, a leading Egyptian producer and head of the Cairo Film Festival, who is producing Abu-Assad’s next film, says relations with Israel have been normalized on an economic level with Egypt for a long time, and more recently with the United Arab Emirates, but there’s still a big push back on an artistic, cultural and even popular level.

“You can see protests breaking out because people are angry regardless of their race or religion, because of the injustice that is being perpetuated,” says Hefzy, adding that the “timing is significant to produce a Palestinian film [Abu-Assad’s movie] dealing with the conflict in a different way — from a feminist point of view.”

Faced with a dearth of financing options in Israel, Palestinian filmmakers have turned increasingly to Europe and in some cases to the Arab world. “There are about 1.2 million Palestinians who are paying taxes in Israel and they are only getting 15% of it back. Some of them are filmmakers who should have access to resources from film funds but no longer do,” says Abu-Assad, who has financed his films without any government support for the last 20 years.

“As an artist, I want to be part of the resistance by making valuable movies. Any Palestinian film is an act of resistance because when you’re making a film, which is recognized as a high art form, you are defying and debunking the supremacist power that is telling you that you’re worthless,” says Abu-Assad.