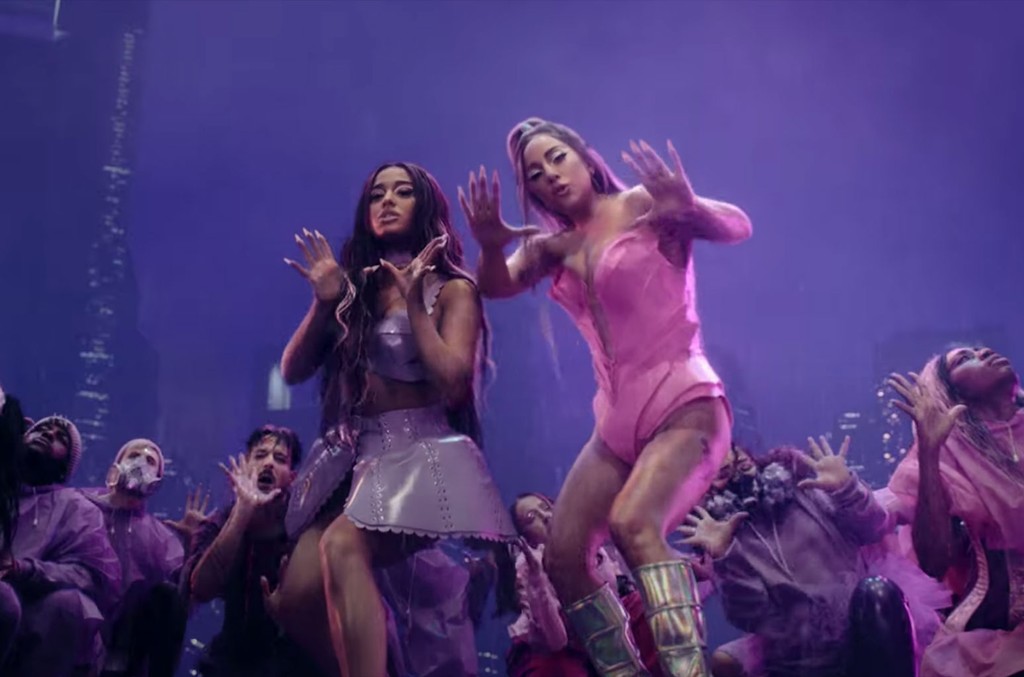 Lady Gaga and Ariana Grande’s pop mega-collaboration “Rain on Me” is reigning over the U.K. singles chart.

“Rain on Me,” lifted from Gaga’s delayed sixth studio album Chromatica, due out this Friday May 29, holds the advantage on downloads and streams after the weekend’s activity.

If it holds its position when the Official U.K. Singles Chart is published this Friday, “Rain on Me” will mark the sixth No. 1 for Gaga and Grande.

Also making a big splash on the sales blast is British rapper KSI, who places three songs in the top 20, led by “Cap” featuring Migos’ Offset at No. 3.

The trio of tracks are lifted from KSI’s debut studio album Dissimulation, which arrived last Friday.