Why China is Struggling to Process its Oscar Nominations Haul 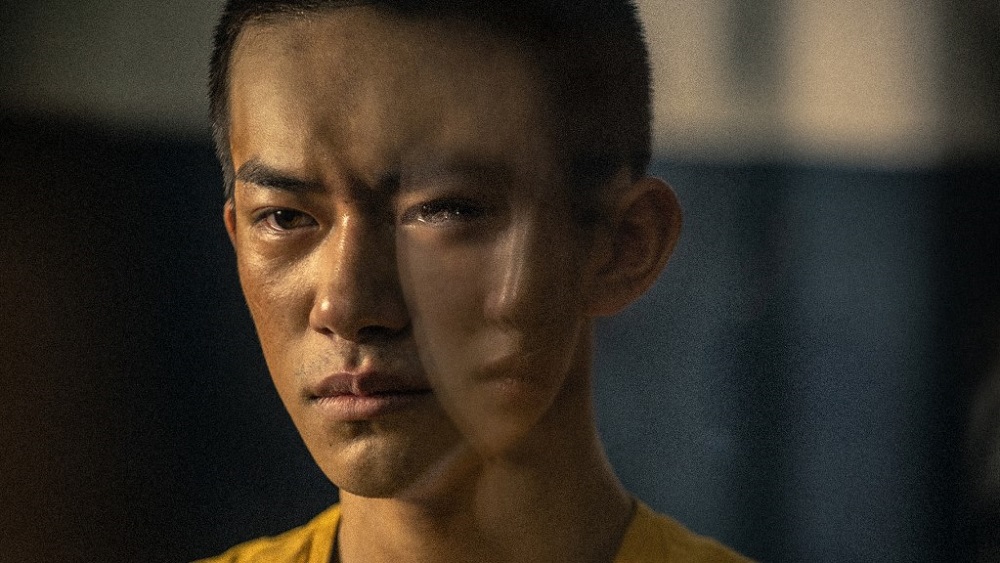 After years of pining for Hollywood accolades, China has more to celebrate about the Academy’s nominations this year than it has in nearly a decade. But its own politics have prevented its media and many of its citizens from rejoicing.

While Beijing’s submission, the propagandistic volleyball drama “Leap,” fell flat, Taiwan’s “A Sun” was shortlisted for Best International Feature Film and Hong Kong’s “Better Days” unexpectedly nabbed one of five nominations. Meanwhile, the Sino-U.S. co-production “Over the Moon” is competing for best animated feature, and even nominations for “Mulan” in costuming and visual effects could be spun as a sort of indirect win for Chinese culture. Towering above all are these are the six historic nominations for China-born Chloe Zhao and her film “Nomadland” for best director, picture, actress, adapted screenplay, cinematography and film editing.

But Zhao’s reputation has become a political hot button issue due to a short, since-deleted quote she gave to a U.S. magazine nearly a decade ago that offended Chinese nationalists who felt it slandered China. And even though “Better Days” was a commercial hit in China and swept the mainland award circuit, it seems that director Derek Tsang, too, cannot be officially celebrated with great fanfare, after it emerged that he may have taken a pro-democracy stance in Hong Kong protests years ago.

Now, even the Oscar ceremony itself has been deemed too politically sensitive. As media in the rest of the world celebrate an unprecedented year for Asian representation, Chinese authorities have ordered their own outlets not to play live coverage of the Oscars and downplay the event, reports said Wednesday.

“Do Not Split,” one of the films nominated for best short, is an account of 2019 Hong Kong protests against Beijing’s encroaching influence, and China’s censors would never allow live footage that mentions such a film, let alone of coverage of it possibly winning an award.

“No matter if it’s Chloe Zhao or ‘Better Days’ getting the nomination, people will celebrate it, because it’s been Chinese people’s dream for a hundred years to have Chinese films recognized by the U.S. and travel out towards the world,” said China-based independent critic Yu Yaqin.

That so much online vitriol is directed at artists or events perceived to have “insulted the motherland” despite those outward-looking dreams highlights the strange mix of confidence and insecurity that characterizes today’s most vociferous strain of Chinese nationalism.

“It all reflects a very interesting and complex kind of national psychology that normal Chinese people have at the moment: they feel pride and self-respect, but also inferior; they want China to just do its own thing, yet also seek U.S. approval,” Yu said, assessing the social media about-face in attitudes towards both Zhao and Tsang. “At first, they won’t care that Zhao actually studied in the States or that Tsang is actually from Hong Kong, but as soon as a problem arises they’ll say oh, these people have nothing to do with me — that’s an American, or a Hong Konger, or even a U.S.-influenced turncoat.”

“China’s recent (economic) progress has given a lot of people greater nationalistic expectations, but those expectations are perhaps impossible to meet, or were misdirected in the first place, and it generates a very complicated set of emotions.”

Downplayed But Not Banned

Chinese state media and internet commentators have typically been quick to trumpet any Oscar win by an ethnically Chinese filmmaker — even those by Chinese-Canadians (Domee Shi, “Bao”) or Chinese-Americans (“Free Solo”) — as a triumph for China. But they have been conspicuously silent about this year’s Oscars, even with two Chinese co-productions nominated in key categories.

The government-affiliated Global Times celebrated “Better Days” as the first nominee for a Chinese film in 18 years, following Zhang Yimou’s “Hero” in 2003, but the official CCTV broadcaster accorded the nomination the most barebones of mentions Monday.

While not a total blackout, the comparative reticence is even more unusual given that “Better Days” — a Mandarin-language film set in Chongqing based on a Chinese web novel and starring two of the mainland’s most popular A-listers — is seen by the public as a Chinese film that happens to be directed by a Hong Konger, and spoken of very carefully in the local press as hailing from “Hong Kong, China.”

Just two weeks ago, Zhao was widely celebrated by local media as a “Chinese director” and “the pride of China” after her Golden Globe best director win. Since Monday, however, authorities appear to be downplaying and diffusing discussions of her Oscar prospects, avoiding a repeat of prior nationalist internet firestorms. Although Zhao’s name and film are still searchable on the Chinese web and discussion about her abounds, major Chinese ticketing apps have taken down the previously listed April release date for “Nomadland” and censors have wiped its poster and certain related hashtag searches, suggesting that its limited theatrical release is likely in jeopardy.

The main hashtags related to Zhao’s Oscar nominations have only been read a few million times — a far cry from the hundreds of millions of views on hashtags related to her Golden Globe, a number of which have since been deleted by censors. Amidst thousands of comments congratulating Zhao on her win were scores of others expressing confusion about how they were supposed to feel about her now. “The day before: the pride of China. The day after: a reactionary element,” wrote one commenter, using a longstanding Communist term for someone opposed to the Party.

“Better Days” has been subject to some similar whiplash. It got off to a rocky start when censors pulled it from its planned 2019 Berlin premiere, but eventually obtained its “Dragon Deal” of official approval after cuts and went on to gross $223 million in China.

Tsang has been fully embraced by official Chinese media and events since. Most tellingly, “Better Days” was celebrated with great fanfare in November at China’s Communist Party-sanctioned, highly-politicized Golden Rooster Awards, where it was a top title with 11 nominations and two wins.

Yet it’s possible that his status has changed again in recent months after Chinese social media users unearthed what they said was an old photo that appears to depict him supporting the pro-democracy Umbrella protest movement in 2014.

In December, Tsang abruptly pulled out of his role as a judge on “I Am the Actor,” one of the country’s most popular reality shows. Despite releasing official promotional material prominently advertising his participation just two days earlier, the show debuted with his scenes cut out, igniting a firestorm of speculation for his mysterious absence. Although Tsang said he had pulled out due to scheduling conflicts, many found the excuses unconvincing after the show’s director Wu Tong appeared to imply troubles beyond their control in a telling one-word Weibo post that same evening: “Difficult.” Many concluded Tsang’s perceived politics were the root cause.

Although “Better Days” was well received in China, where it has strong scores of 9.4, 9.2 and 8.3 out of 10 on the country’s major ratings platforms, many were shocked that the commercial-leaning film would get the nomination, and took to ridiculing the Oscars.

A contingent declared themselves “utterly speechless” that “Better Days” would have pulled past the better reviewed and more arthouse Taiwanese film “A Sun.” Some even cynically suggested it could be an Academy ploy to reel in Chinese viewership. “Is this for real?” one wrote. “It seems that the Oscars are learning from the Golden Roosters.”

Meanwhile, an old controversy also continues over whether “Better Days” plagiarizes best-selling Japanese mystery writer Keigo Higashino by hewing too closely to the plot of his 2005 novel “The Devotion of Suspect X.”

“Congratulations to Keigo Higashino!” runs a common joke made under posts discussing the film’s nomination. Some countered that its Oscar nod settled the matter with its stamp of industry approval. “If this film were really plagiarized, would it still be nominated by the Academy?”

Asked about the accusations, Tsang told Variety: “We are confident that people who have watched the film will find it an authentic work.”

He described his excitement about the nomination, expressing his sincere gratitude to his team.

“This truly is one of the biggest honors for a filmmaker and we are very grateful for this nomination, which I hope can bring more awareness of the issues we raised in the film” about schoolyard bullying, he said. “This validates our belief that a good story will always resonate across different countries and cultures. We are just super excited for our film to reach a wider audience.”

Hopefully, his Chinese fans will be tuning in to watch it happen.