Why Spotify Is Taking Over Indie Venue Marquees 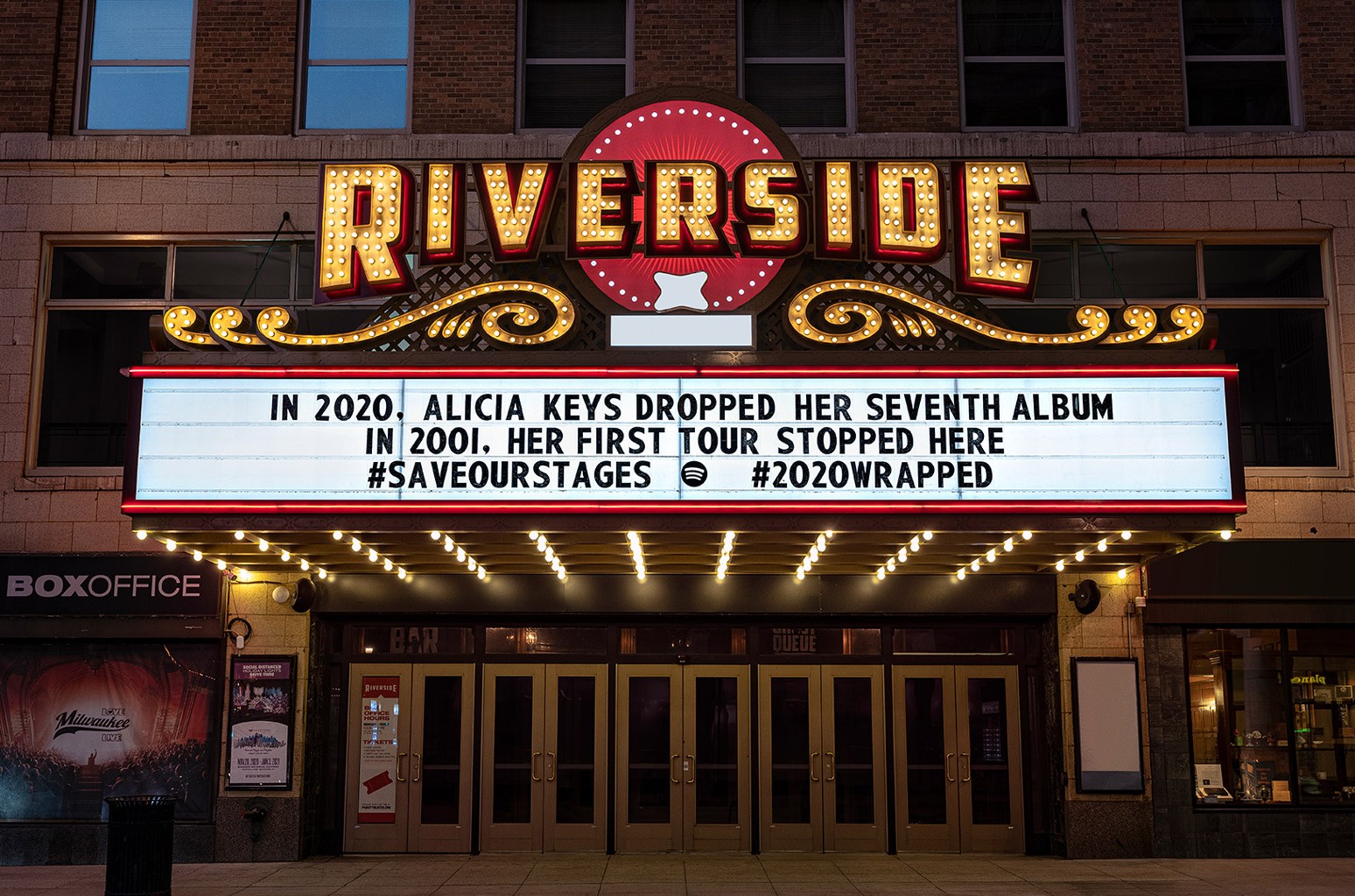 “In a year that has taken on so many twists and turns, a first reaction might be to look forward and forget the challenging times. However, that would discount all of the amazing work that creators, fans, venues and activists have poured their hearts into this year,” said Spotify global group creative director Dan Brill in a release.“That’s why, instead of turning our backs on 2020, we wanted to give our appreciation for those who gave us hope — the people who, despite challenging circumstances, found ways to infuse magic into our world and give us hope for a better tomorrow.”

The partnership will be rolled out over the next few weeks, beginning with five noted artists and marquees. The Riverside Theater in Milwaukee will shout out an appearance by Alicia Keys at the venue from 2001. The Ritz Ybor in Tampa will do the same for a debut tour performance from Lady Gaga in 2009. The Aladdin in Portland will boast about Childish Gambino‘s stop on his first tour in 2011, while Atlanta’s Center Stage does the same for Jessie Ware‘s set in 2013. The Orange Peel’s marquee in Asheville, South Carolina, will read “In 2020, we saw the Blinding Lights. In 2012, the Weeknd‘s first U.S. tour stopped here.”

More marquees will feature the Spotify campaign in the coming weeks.

“As 2020 draws to a close, the live music industry enters month nine of no shows, no income, no federal support, and ever-mounting debts. Music is what connects us all – as Spotify shows us, it’s what helped our friends, our families and our communities get through this tumultuous year,” said Stephen Sternshein, co-founder / treasurer of NIVA and managing partner of Heard Presents in Austin. “Everyone’s favorite artists started somewhere, and we’re immensely thankful to Spotify for helping us to tell these stories. The stories that artists like Bruce Springsteen, Lady Gaga, The Weeknd, The Strokes, and so many more began on the very stages that today are struggling to survive.”

NIVA’s Emergency Relief Fund is intended to work hand-in-hand with federal and local programs, assisting with the most immediate needs facing the country’s independent venues and promoters and making it more likely that they will be able to reopen, fully, when it’s safe.